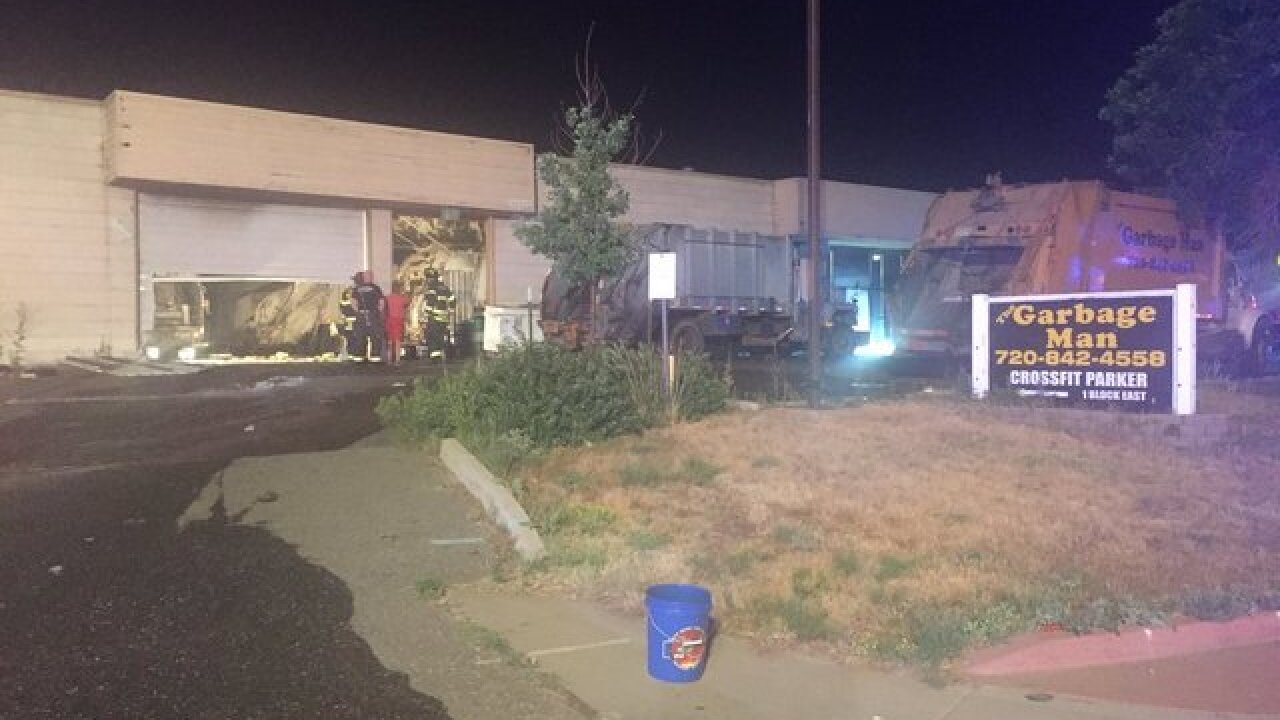 "Just after 10 p.m. a person driving by called 911 and reported smoke coming from the building," said Eric Hurst, a spokesperson for South Metro Fire Rescue.

The building on Dransfeldt Road south of Mountain Man Road is home to The Garbage Man company.

"We were able to control the fire quickly. Search of the building found no occupants inside," said Hurst.

There was a lot of damage inside, Hurst told Denver7.

The cause of the fire was under investigation.

"The fire appeared to originate from a fire truck." said Hurst

Investigators were still looking into what sparked the fire.