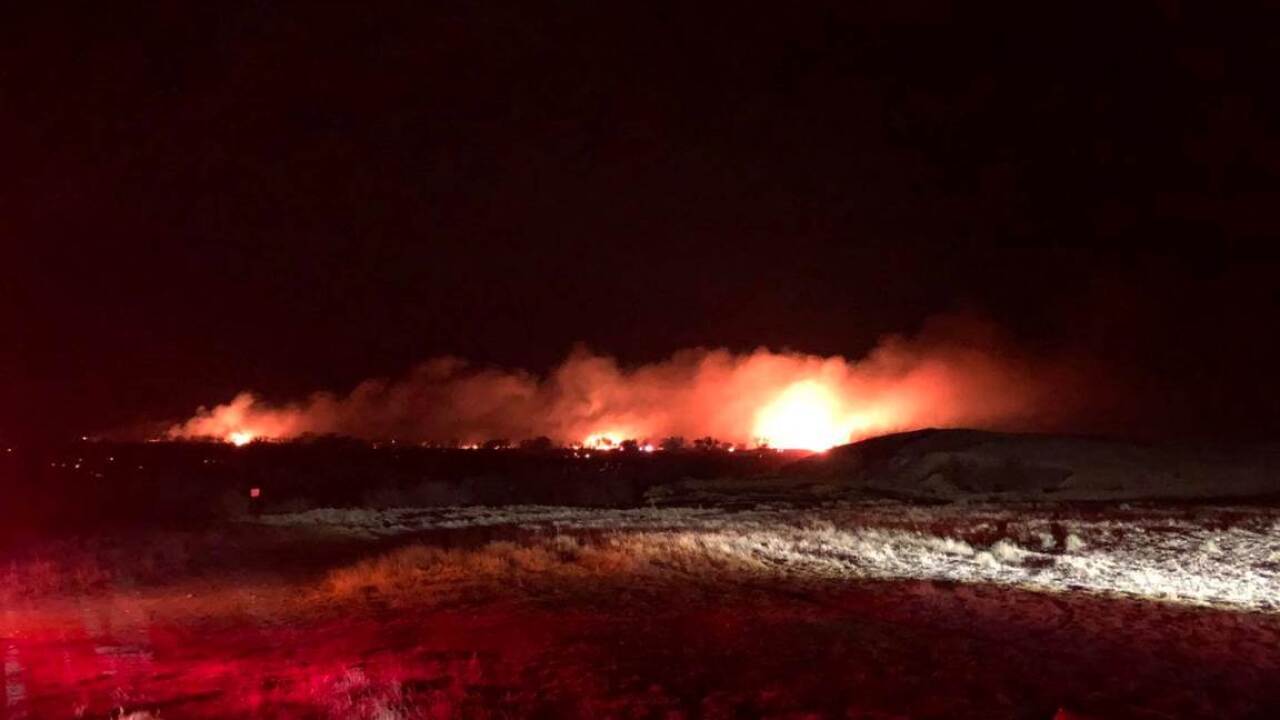 According to Denver7's news partners KOAA, the fire started around 6:30 p.m. south of Highway 50 near County Road 30. By 9:15 p.m., it had burned more than 400 acres as it continued to move west. A half hour later, it had burned about 500 acres, according to Otero County Sheriff's Office.

At one point, the fire threatened five homes, but firefighters were able to protect the homes, according to KOAA.

The wildfire continued to burn east of the park in heavy brush, timber and grass Friday morning on the north side of Arkansas River.

The cause of the fire remains under investigation.