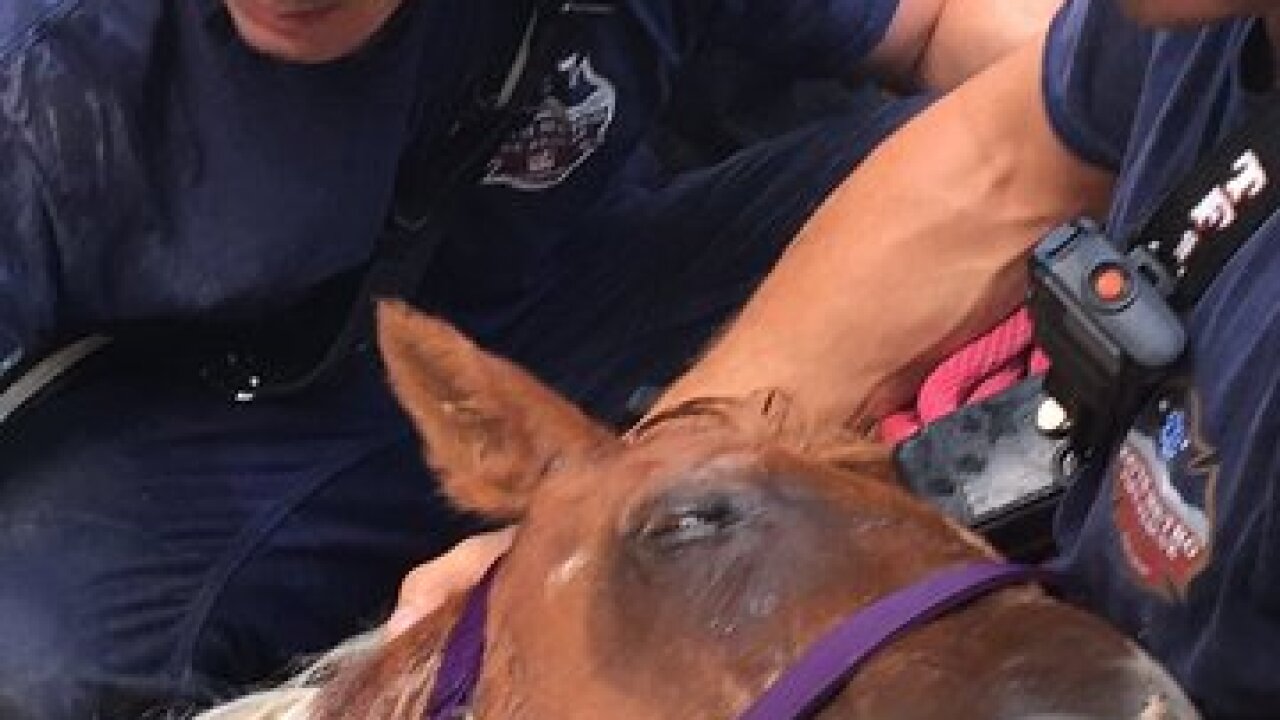 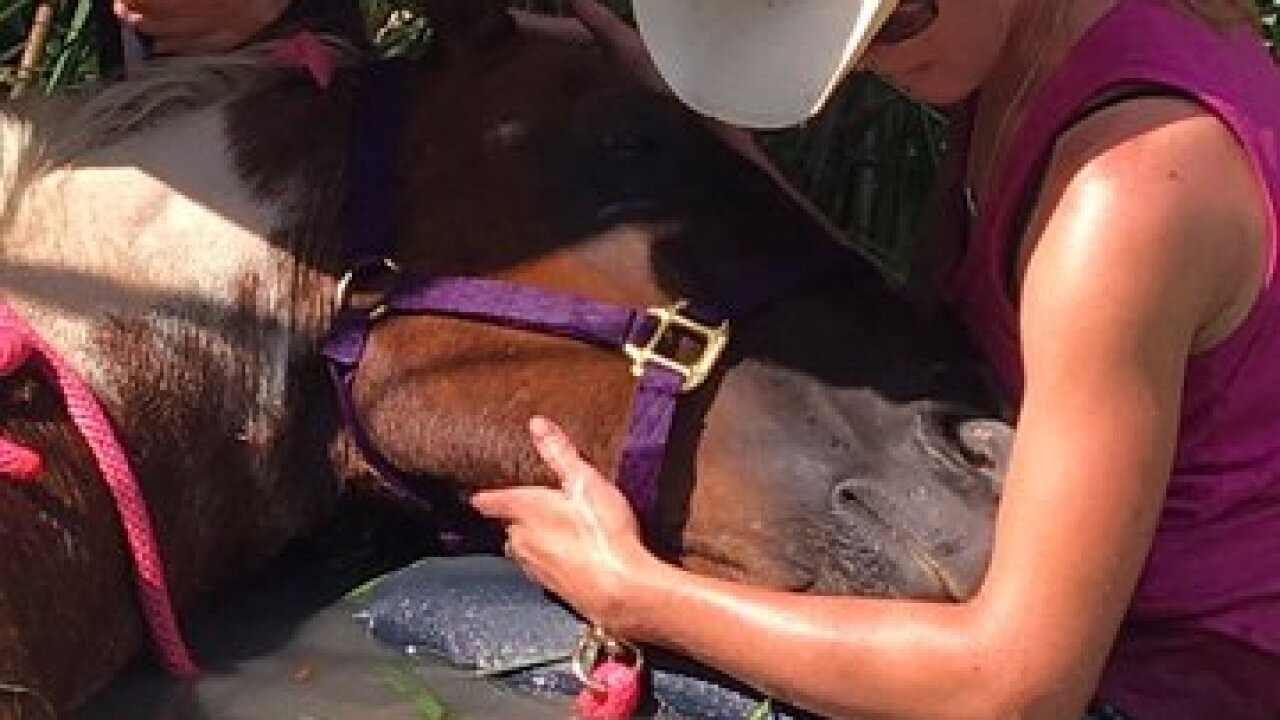 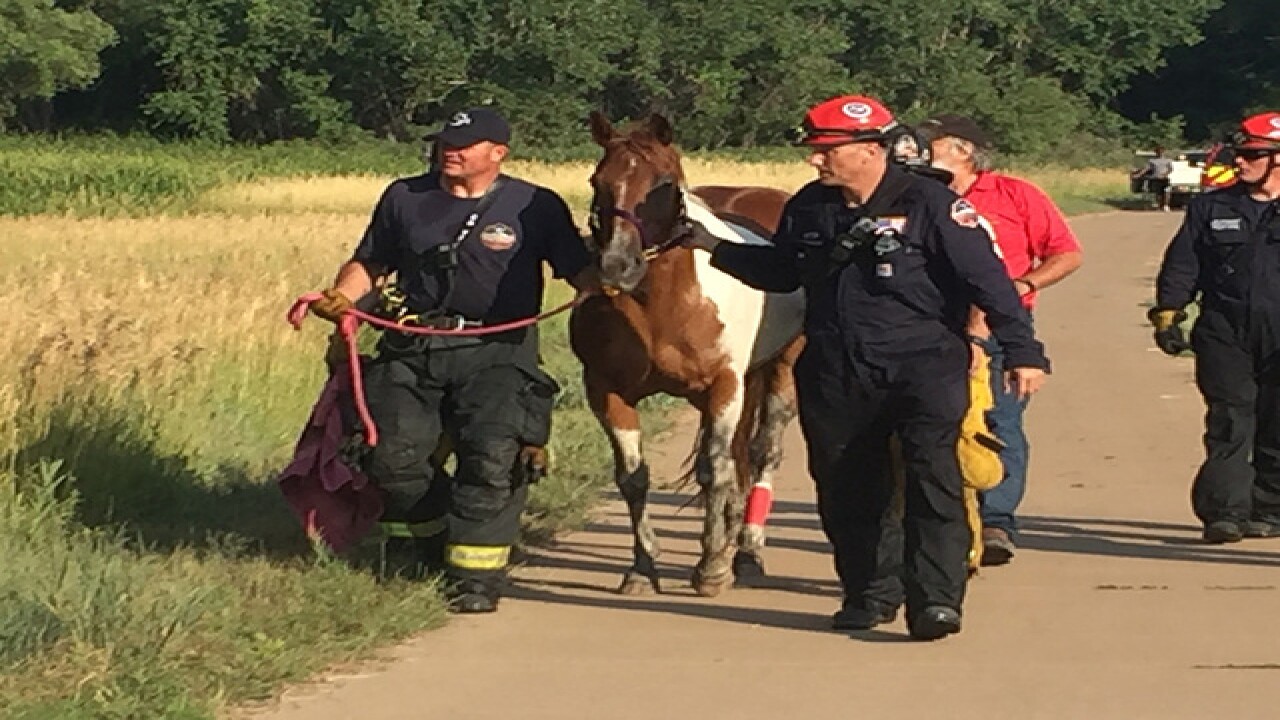 ARAPAHOE COUNTY, Colo. -- A horse stuck into the mud at Cherry Creek State Park was rescued just shy of two hours after falling into a swamp.

South Metro Fire Rescue officials began detailing the rescue to the public before 4 p.m., announcing 13-year-old horse Cupcake needed help after she fell over in muddy waters. They said a group was horseback riding in the park when they got off the trail.

Cupcake fell from exhaustion and got stuck in the muddy area.

Several rescue crews entered the marshes of the Cherry Creek State Park to help out. They began the rescue by placing plywood underneath the horse and bringing a veterinarian in to oversee the rescue.

Dr. Dale Rice, a veterinarian, administered an IV to give the horse more energy to help get her home.

Rice said Cupcake should fully recover and that the rescue should serve as a lesson to all horse owners to stay on the trails when riding.

"You fall back on your training and do what you know what to do to save the horse, you don't have the luxury of getting overly emotional when you're trying to rescue something."

Dr. Rice credits South Metro Firefighters and Doug Hammack of 12 Mile Stables for the safe conclusion of the rescue.

"We had a horse that was pretty stressed out, pretty scared, biggest thing was just trying keep it calm and keep its head up," said Hammock.

Cupcake was able to stand on her own after getting rehydrated. Firefighters used ropes to assist her.

"It's a wonderful feeling to save an animal.  it's the best job in the world to be a veterinarian," said Price.

#SavingCupcake Video - SMFR keeping her head above water while she gets physical and emotional support from the doc. pic.twitter.com/qqUcAJ2vVX

The horse was safely pulled out of the swamp at around 5:40 p.m.