Explosion results in multiple-structure fire at Heather Gardens in Aurora; at least 2 injured 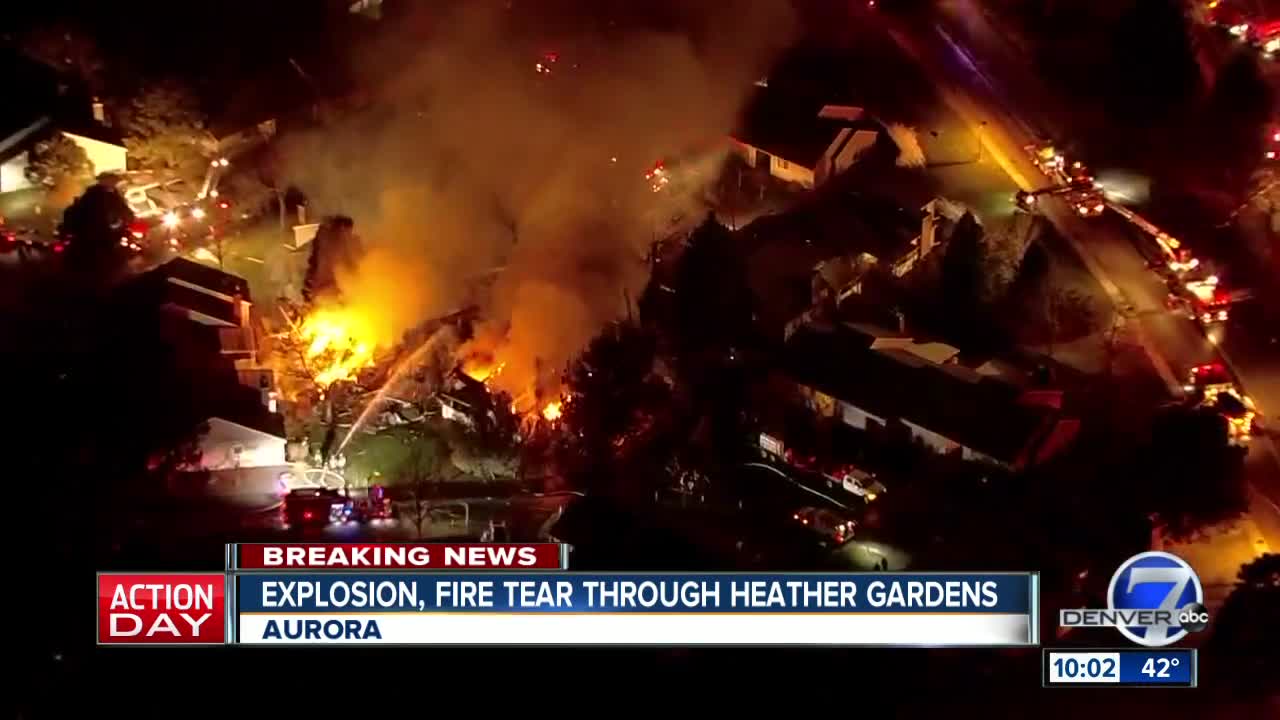 An explosion resulted in a multi-structure fire at a retirement community in Aurora Friday night. 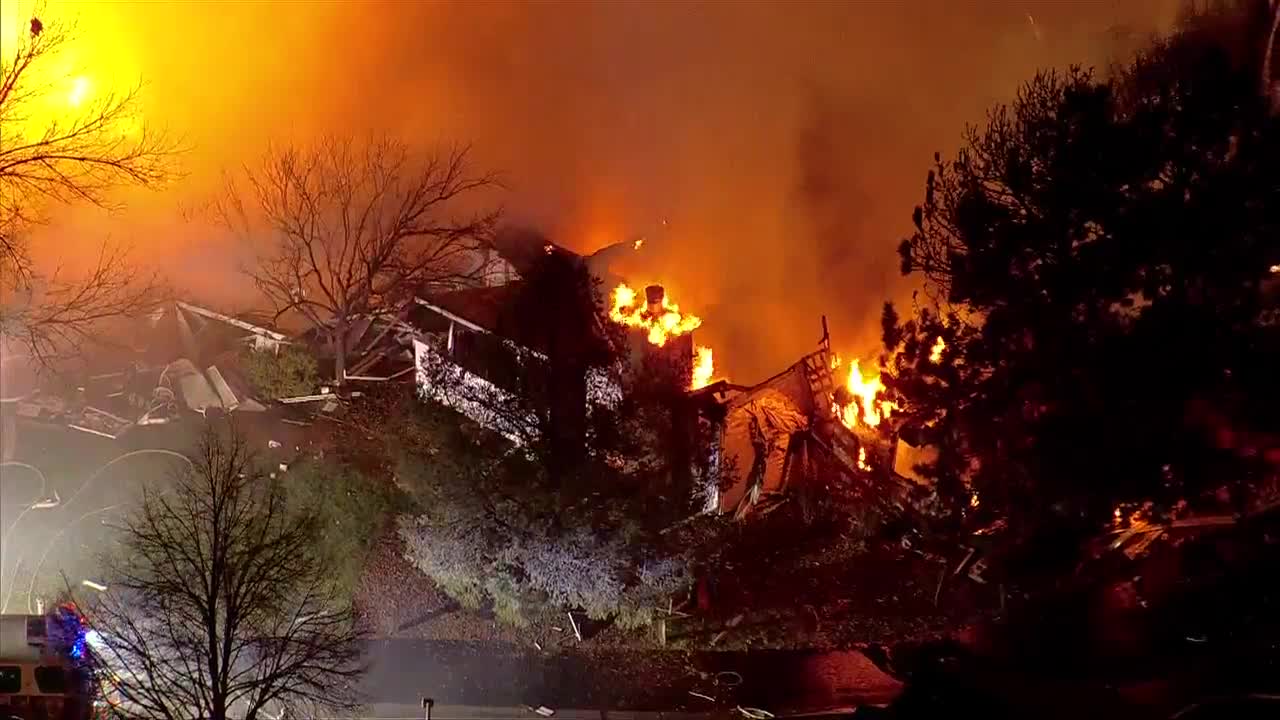 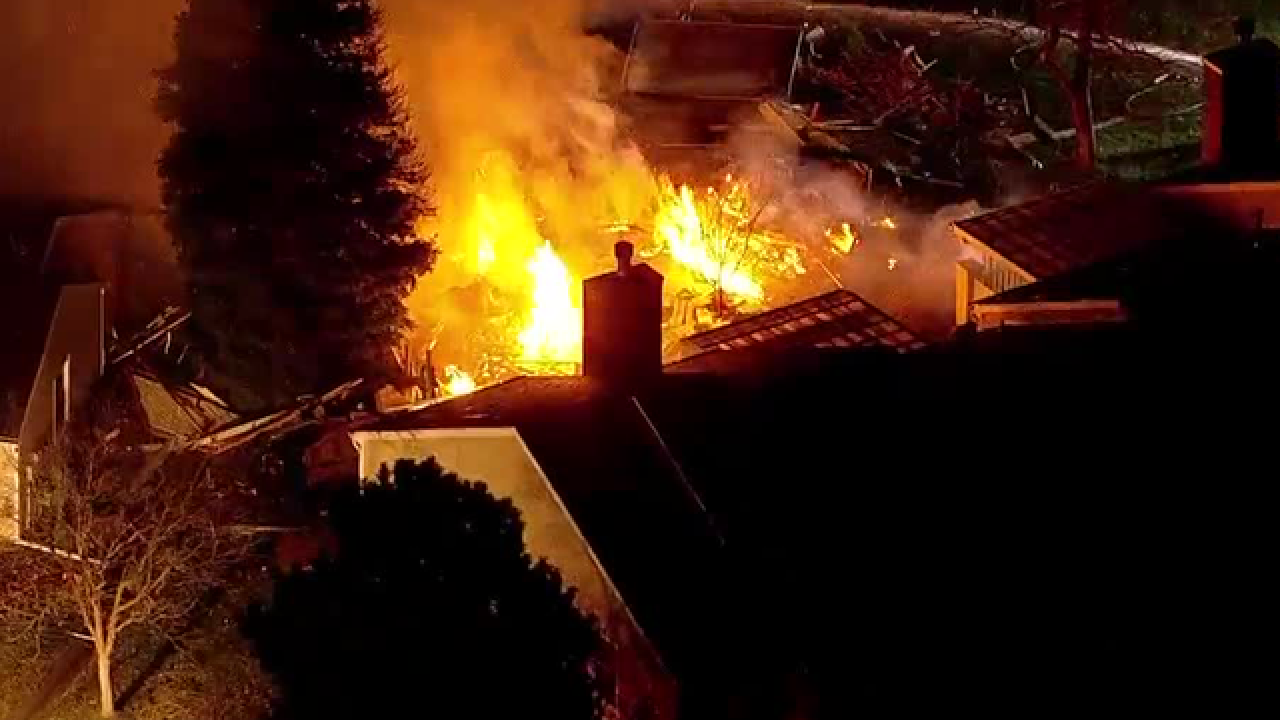 AURORA, Colo. — An explosion resulted in a multi-structure fire at a retirement community in Aurora Friday night.

A one-story four-plex was destroyed, and several other units were damaged in the fire, which firefighters said was under control by 9 p.m.

Neighbors reported hearing a loud bang before flames appeared around 5:30 p.m. at Heather Gardens, located on East Linvale Place off Interstate 225. The community features single-family homes for those 55 and older.

Firefighters have yet to confirm what caused the explosion. However, Laure Bridges, a spokesperson for the Aurora Fire Department, described it as a "gas fed" fire.

Prior to the explosion, Bridges said construction crews in the area called 911 to report that they smelled gas. Lines supplying gas to the area have been shut off.

Bridges said nearby residents along the gas line had been evacuated. A shelter located at the Heather Gardens clubhouse has been set up for those displaced.

PHOTOS | Images of the fire at Heather Gardens

At least two people, including a firefighter, were transported to the hospital with non-life threatening injuries. Bridges said nobody is missing at this time.

A Heather Gardens resident told Denver7 that their house shook and windows rattled before they heard fire and police sirens.

A witness told Denver7 reporter Jason Gruenauer that an explosion knocked her over and blew in her patio door. She said she smelled gas before the blast and fire crews were already on scene checking the air quality.

Xcel Energy said they have crews on scene investigating. The company could not say if one of their gas lines was compromised.