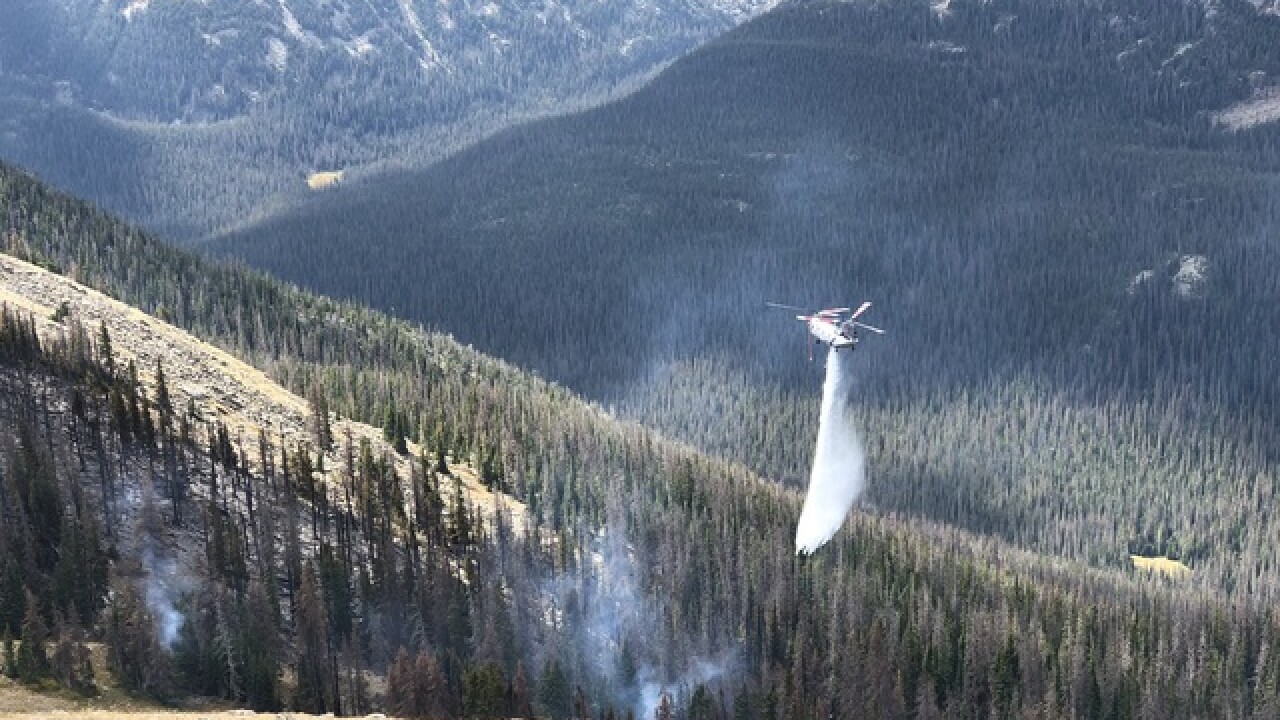 ESTES PARK, Colo. — Weekend efforts to quiet two small fires in Rocky Mountain National Park were successful, and the trail and campsite closures have been lifted.

Both fires likely started Thursday  after a storm moved through the park, according to a press release from RMNP. Fire managers decided to suppress both of the fires because of the heavy fuel loads in the area and the possibility they would grow quickly otherwise.

Plus, the country’s fire programs are currently stretched thin and may not have been available if the fires did grow.

One of the fires, the Forest Canyon Fire, is 80 percent contained and six acres. It is burning below Trail Ridge Road between Rock Cut and Forest Canyon Outlook. Forest Canyon has not burned in the last 800 years, according to the release.

A Chinook helicopter dropped water on the lower section of the fire bordering Forest Canyon over the weekend.

The second fire, the Mirror Fire, is burning in a remote northern section of the park. It is under control and about a tenth of an acre, according to the release. The work of the crews on the ground and the helicopter’s water drops were successful, and both were pulled from the fire Sunday afternoon. Fire crews are keeping an eye on the fire through aerial surveillance and weather monitoring.

Trails and backcountry campsites that were closed as crews addressed the fire have been lifted from the Mirror Lake area, according to the release, and the Upper Beaver Meadows Road is now open. Trail Ridge Road remains open, though smoke may be visible due to the Forest Canyon Fire.