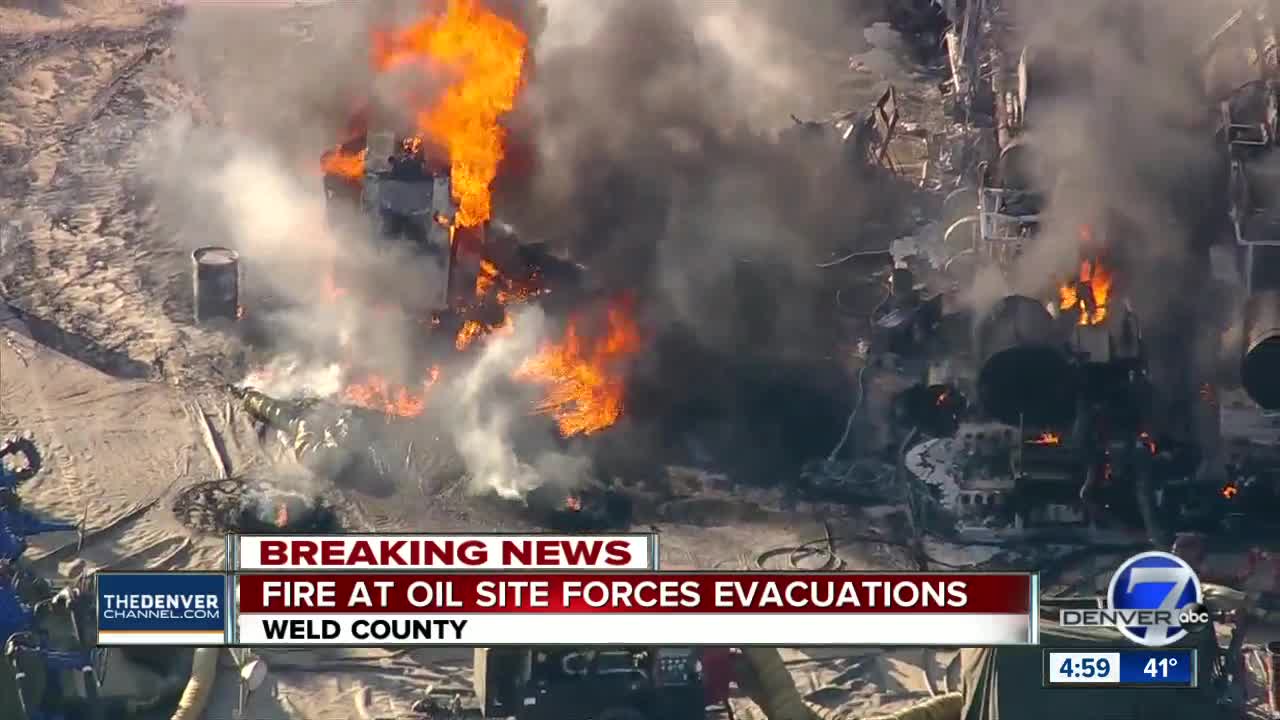 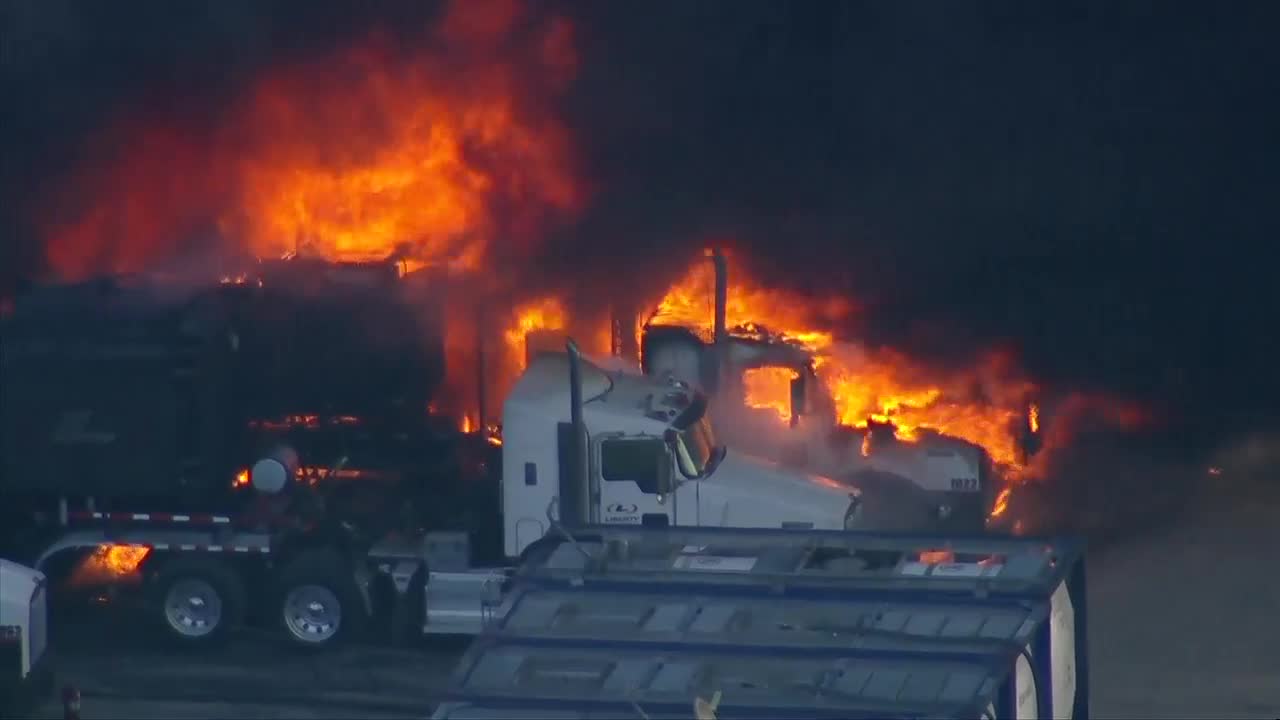 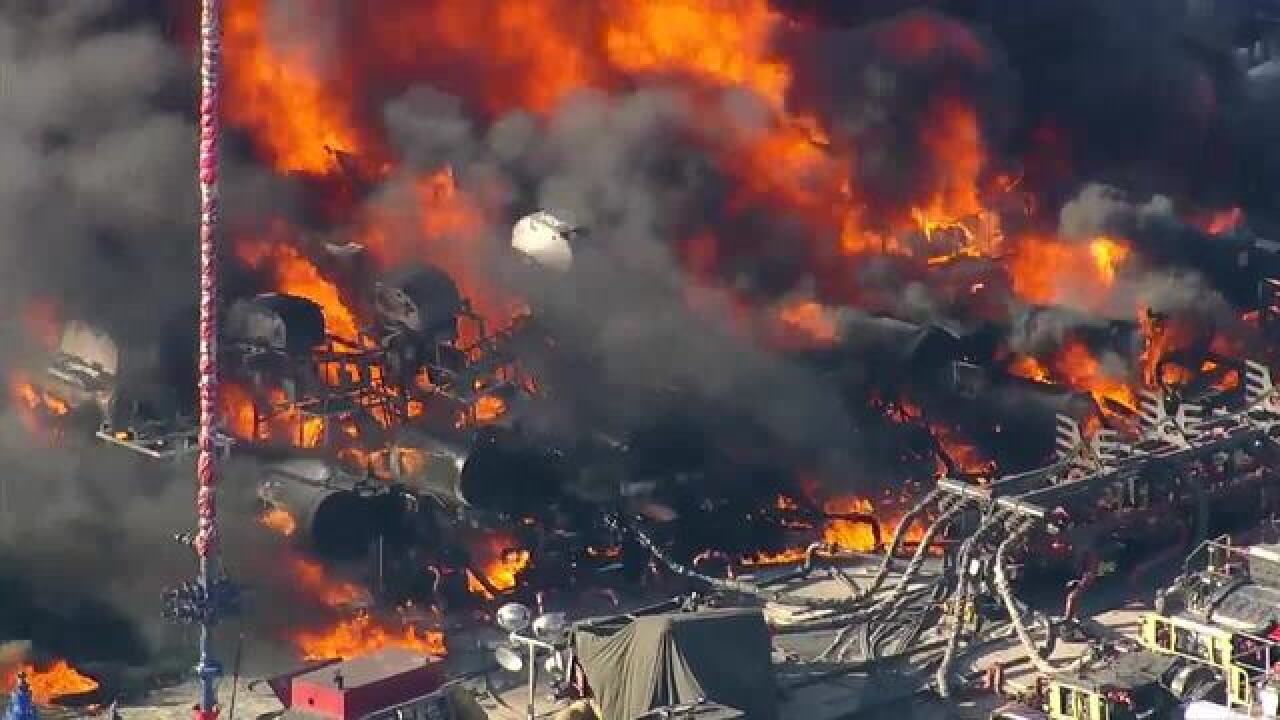 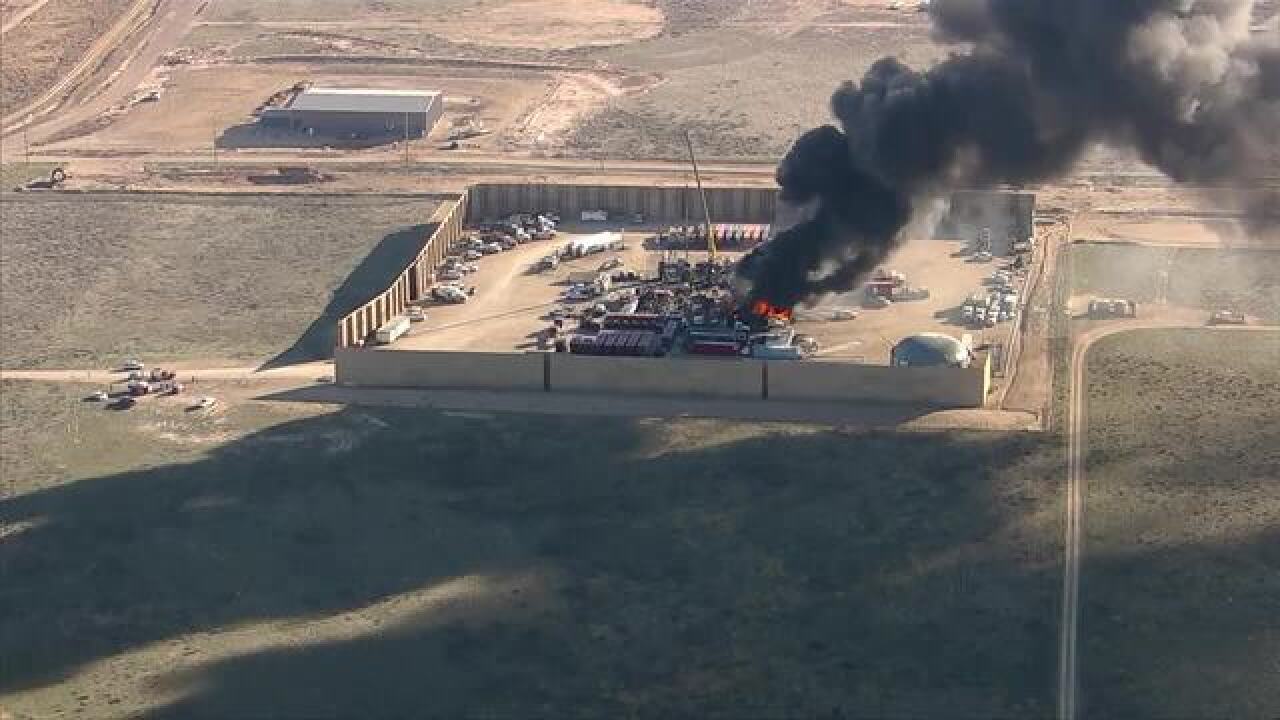 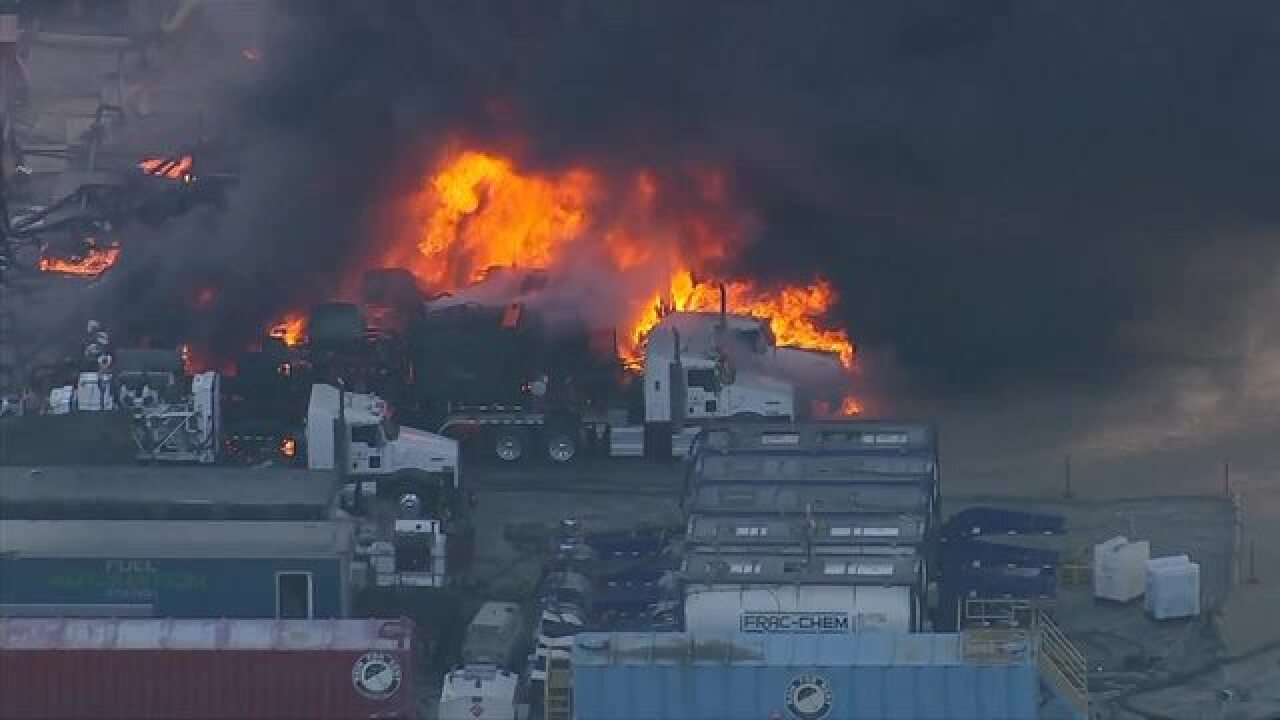 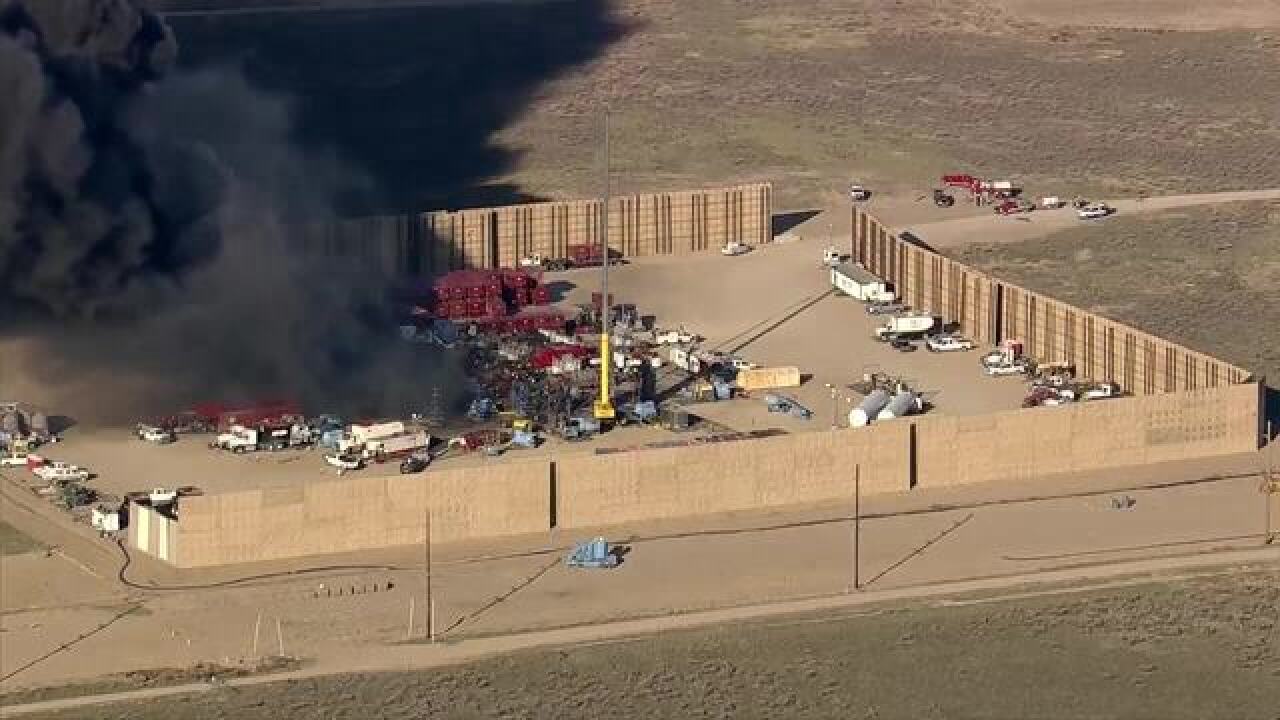 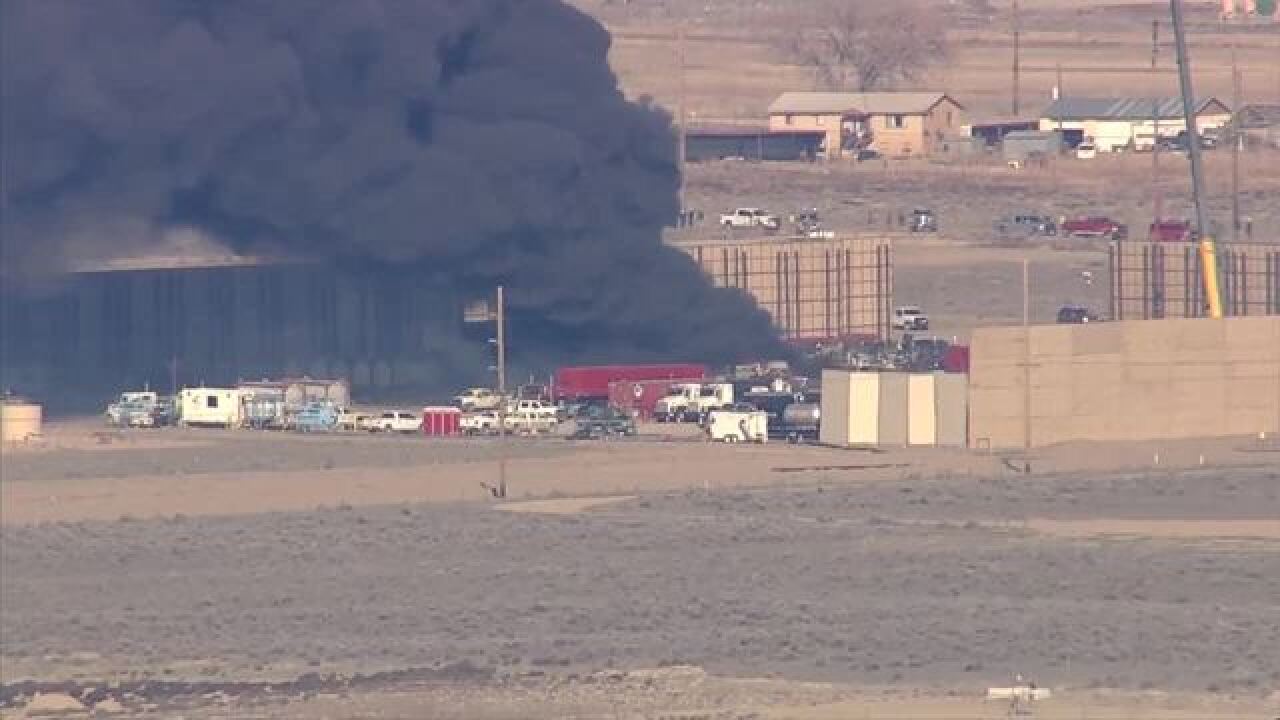 Air Tracker 7 shot video over the fire, which is located east of Milton Reservoir and northwest of Tampa.

Platteville-Gilcrest Fire Protection District spokesperson Jolene Schneider said there were no injuries reported in the fire and all site personnel were accounted for as of 2:40 p.m. She said the fire started around 1:45 p.m.

Schneider said that emergency phone alerts were sent out to all people within a 1-mile radius of the fire to evacuate. She said that about 3,000 gallons of diesel fuel was burning, with the potential for 15,000 gallons to burn.

Schneider said the site is owned by Noble Energy.

A well goes through the “completion” process after it has been drilled in order to get the well ready for production, according to DrillingInfo.

Beasley said there were no producing wells at the site and that the area was secure. She said the Colorado Oil and Gas Conservation Commission had been notified.

A Weld County Sheriff's Office spokesperson said around 4:15 p.m. that the fire was out and said more information would be forthcoming later Wednesday.

Weld County Sheriff spokesperson: “Fire is out” re: oil & gas facility fire. That’s all he knew at the moment. Fire department will only be issuing a news release at some point tonight. Pic from earlier this afternoon pic.twitter.com/9QXQqZxdAc