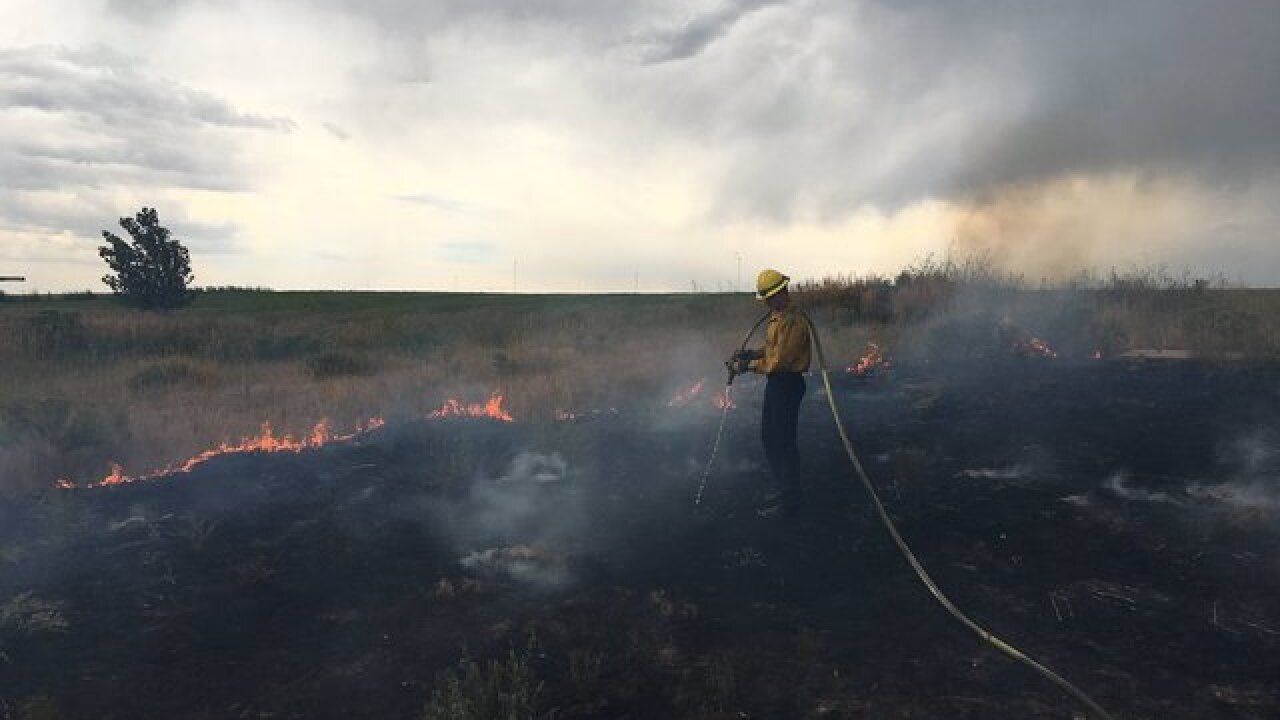 WELLINGTON, Colo. A grass fire near Bee Lake Reservoir was sparked by a truck which backfired.

The owner of a property at 1100 Cattlemans Road called 911 at 2:40 p.m. Monday to report a fire in the field, according to Poudre Fire Authority.

An abandoned outhouse was damaged in the fire which grew to about an acre.

No other buildings were damaged and no injuries were reported.

Officials determined the fire was accidental and caused by truck which backfired.