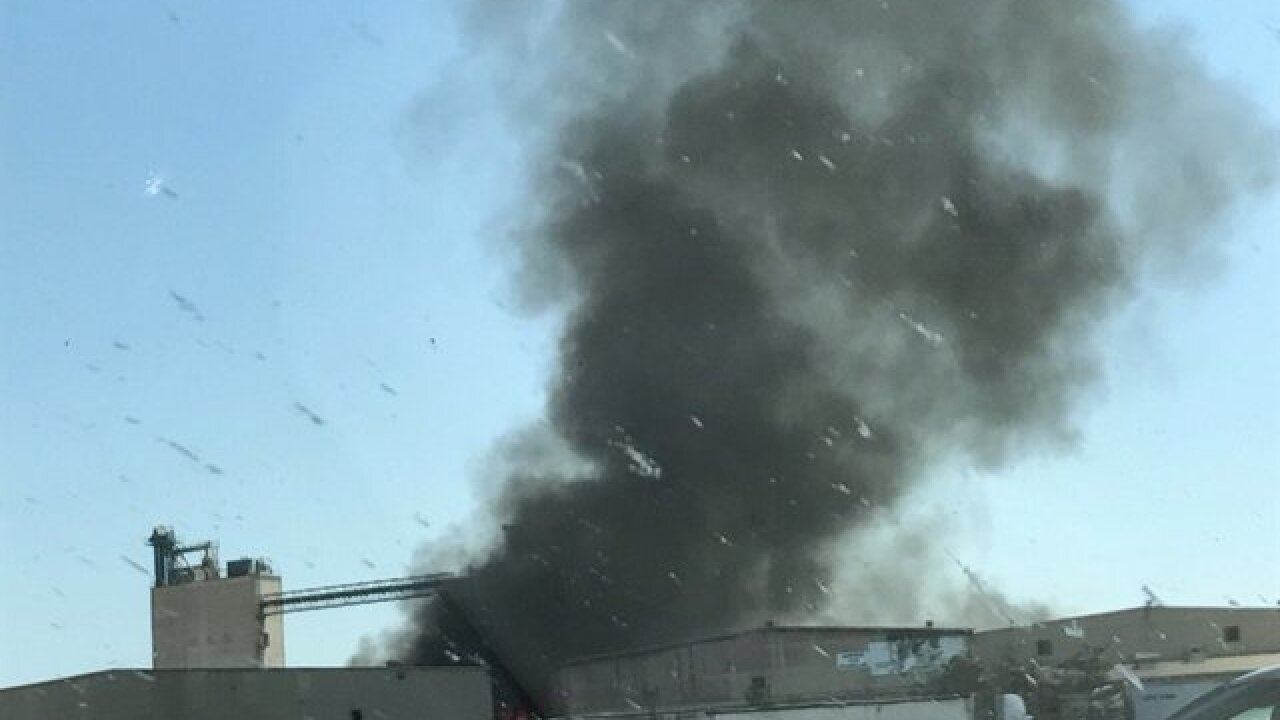 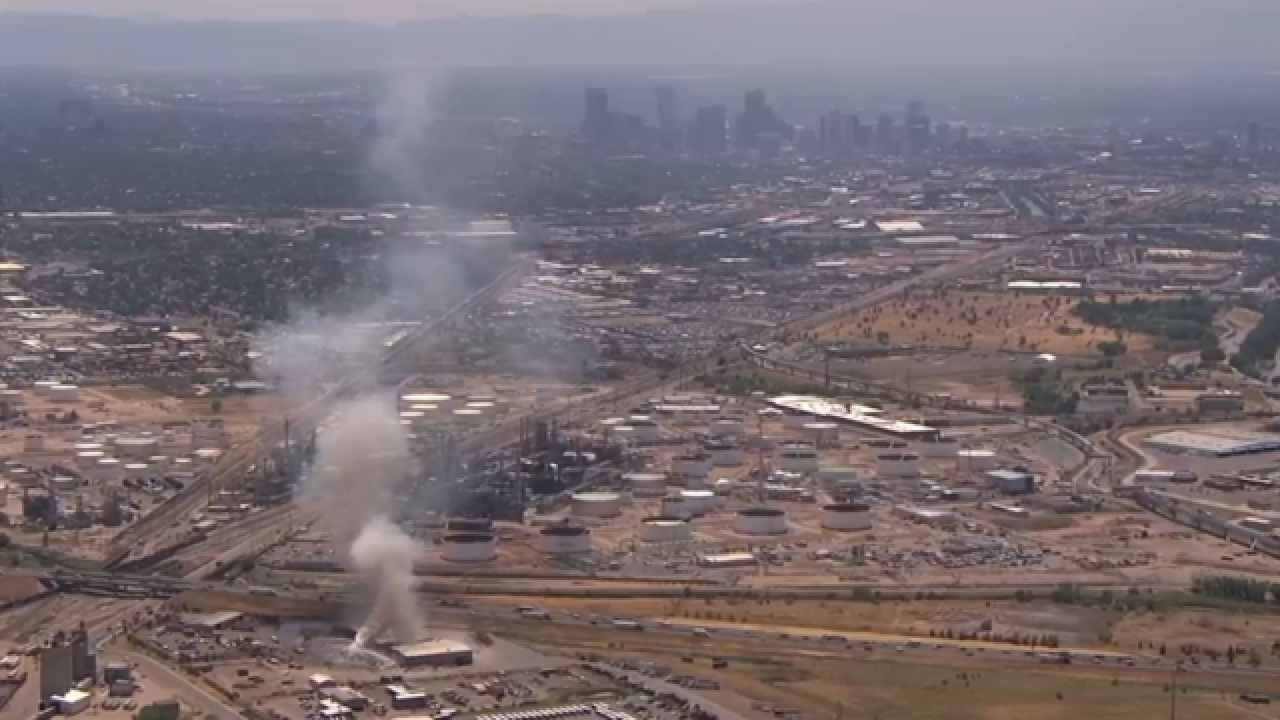 ADAMS COUNTY, Colo. — Residents in Adams County were warned Monday afternoon to stay away from the scene of a large fire burning on Brighton Boulevard.

The massive fire is burning refuse at a Waste Management transfer plant that also burned a month ago on June 15.

The plant sorts recyclables, and is just a short distance from I-270, a major roadway.

Authorities said smoke could be seen for miles after the fire broke out at around 12 p.m., and they said crews from Adams County Fire Rescue were beginning to establish a defensive strategy to battle the blaze.

Not far from the recycling plant fire, a grass fire broke out in the area of 11825 E. 121st Ave. on Monday afternoon. Brighton Fire officials said the fire had mostly been contained by 1:15 p.m., but said several cars were damaged by the flames.

Denver7 is working to learn additional details and will update this story when more is known.

VIDEO | See aerials from AirTracker7 in the video above, or the Facebook Live video below, or tap here.