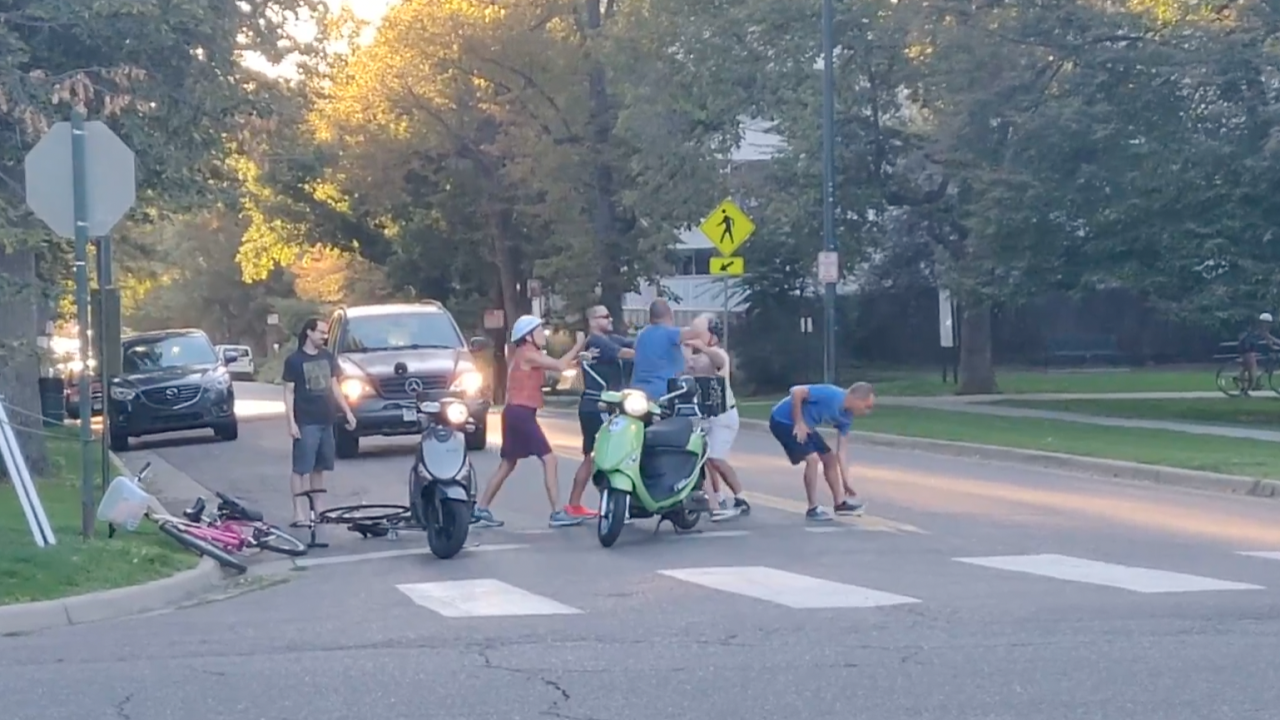 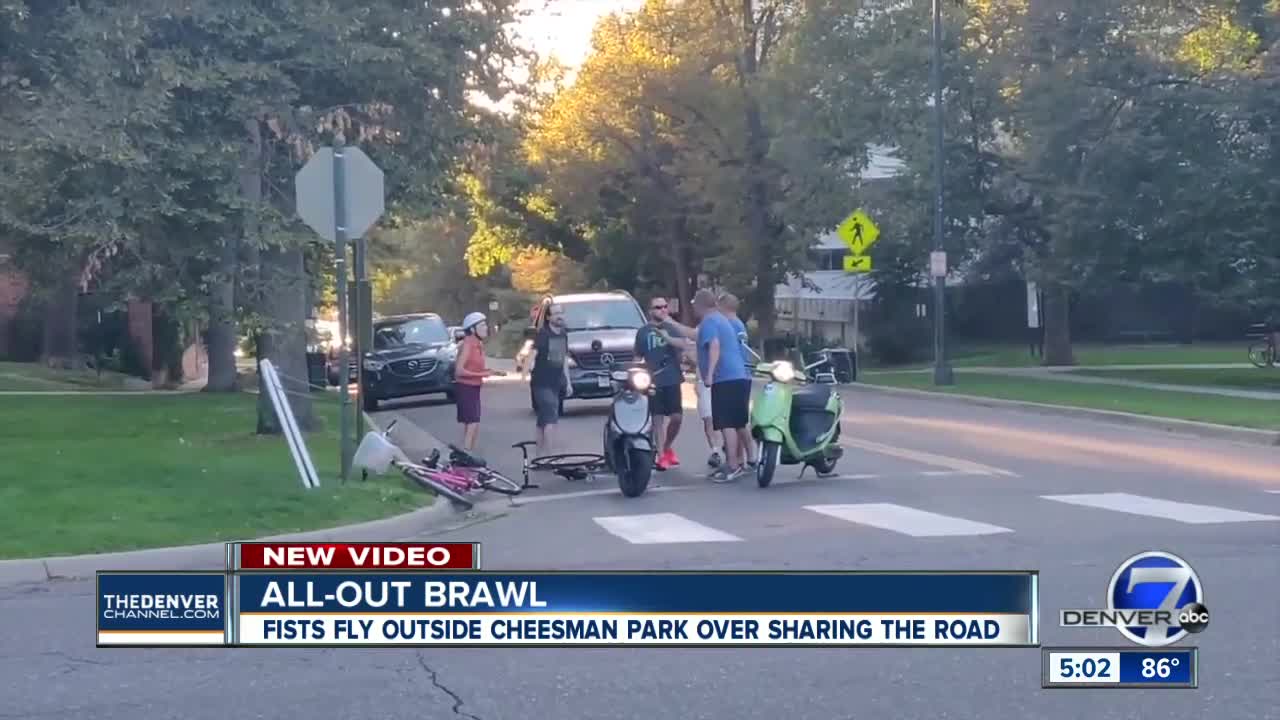 DENVER — For many people, it is easy to find peace throughout Denver's many parks.

But Saturday afternoon, some of that peacefulness vanished when cyclists and moped riders got into a fight in the middle of a Cheesman Park street.

Video sent in by a Denver7 viewer shows the fight begin over what looks like a dispute over who had the right of way at a stop sign.

People who regularly visit the park say they were shocked to see what had happened, while others say these kinds of incidents occur throughout the city.

Denver police say both bicycles and mopeds have to follow the same rules as cars and stop and stop signs unless they're inside a protected green lane.

The right of way then belongs to whoever arrives at the stop sign first.

Police say they are looking into the incident.