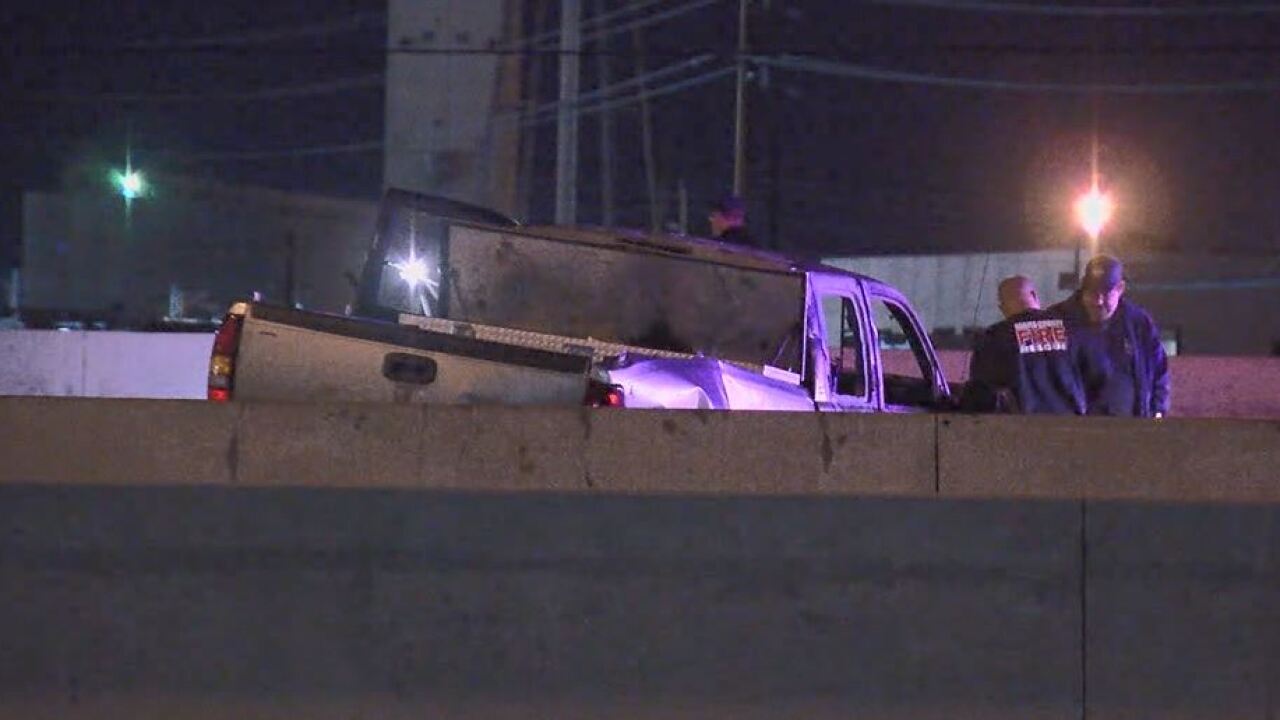 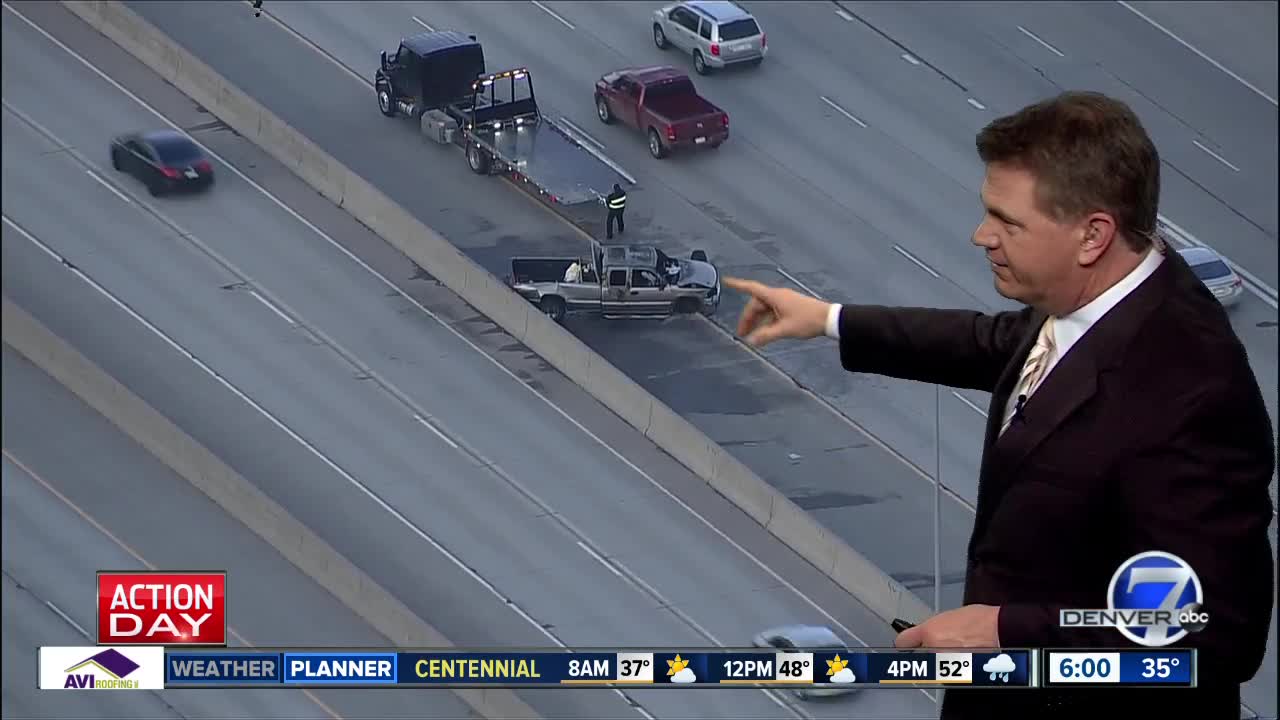 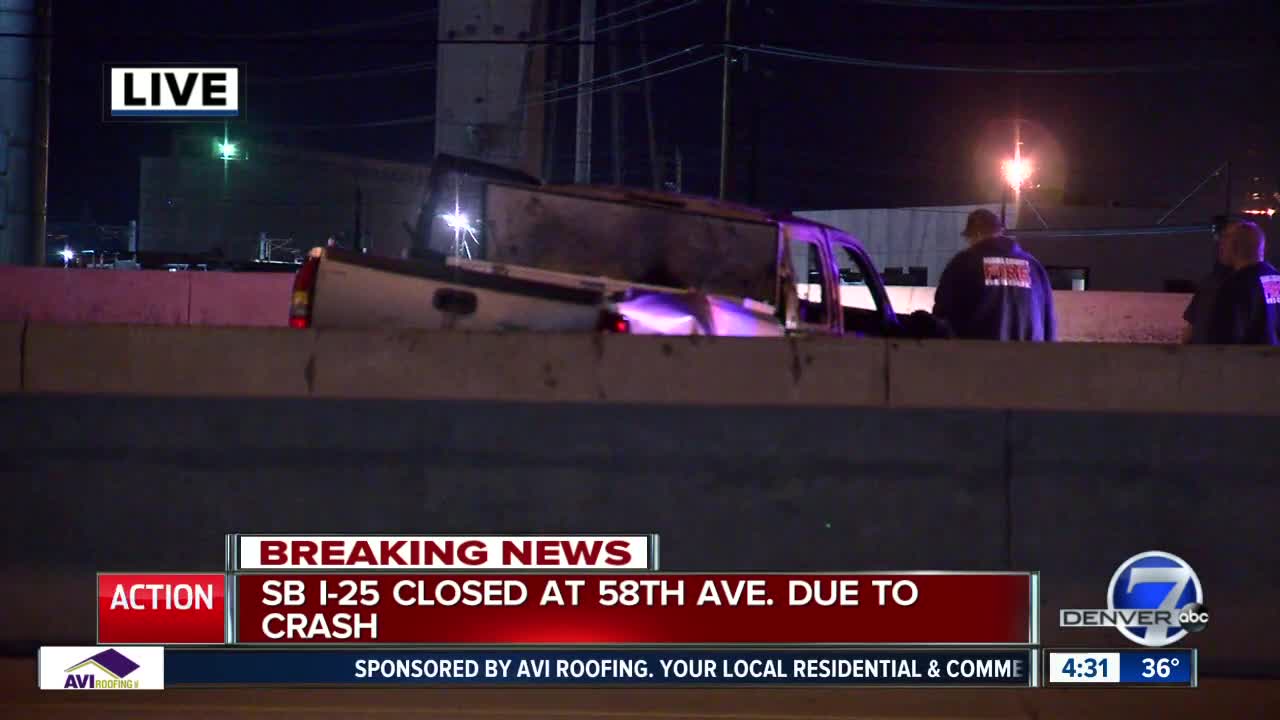 ADAMS COUNTY, Colo. — A deadly crash closed all the southbound lanes of Interstate 25 between 58th and 48th Avenues Wednesday morning.

Emergency crews were called to reports of a vehicle fire at 2:43 a.m. and discovered there was a crash, according to Trooper Josh Lewis with the Colorado State Patrol.

A 32-year-old man died in the single-vehicle crash, CSP said.

The southbound lanes reopened around 5:45 a.m., with the left shoulder and one lane remaining closed as crews continue to work at the scene.

Denver7 Traffic Anchor Jayson Luber suggested several alternate routes: One takes drivers to Broadway, just west of I-25 along 58th Avenue. Go south on Broadway to 48th Avenue. Take a right on 48th Avenue to Pecos. Use the roundabouts to enter eastbound I-70 and then merge onto southbound I-25.

A second alternate has drivers going east on 58th Avenue to Washington Street. Go right on Washington Street to I-70. Use the ramp for westbound I-70 and on that ramp will be access to southbound I-25.

A better alternate as traffic picks up will be using westbound I-76 to either Pecos or Federal. Going south from there to I-70 and joining eastbound I-70 back to southbound I-25.

As for an alternate right now with light traffic past the SB 25 closure at 58th Ave I would take a left on Broadway down to 48th, right over to Pecos and then get on EB 70 and then back on SB 25. pic.twitter.com/VtBQdYXIwZ