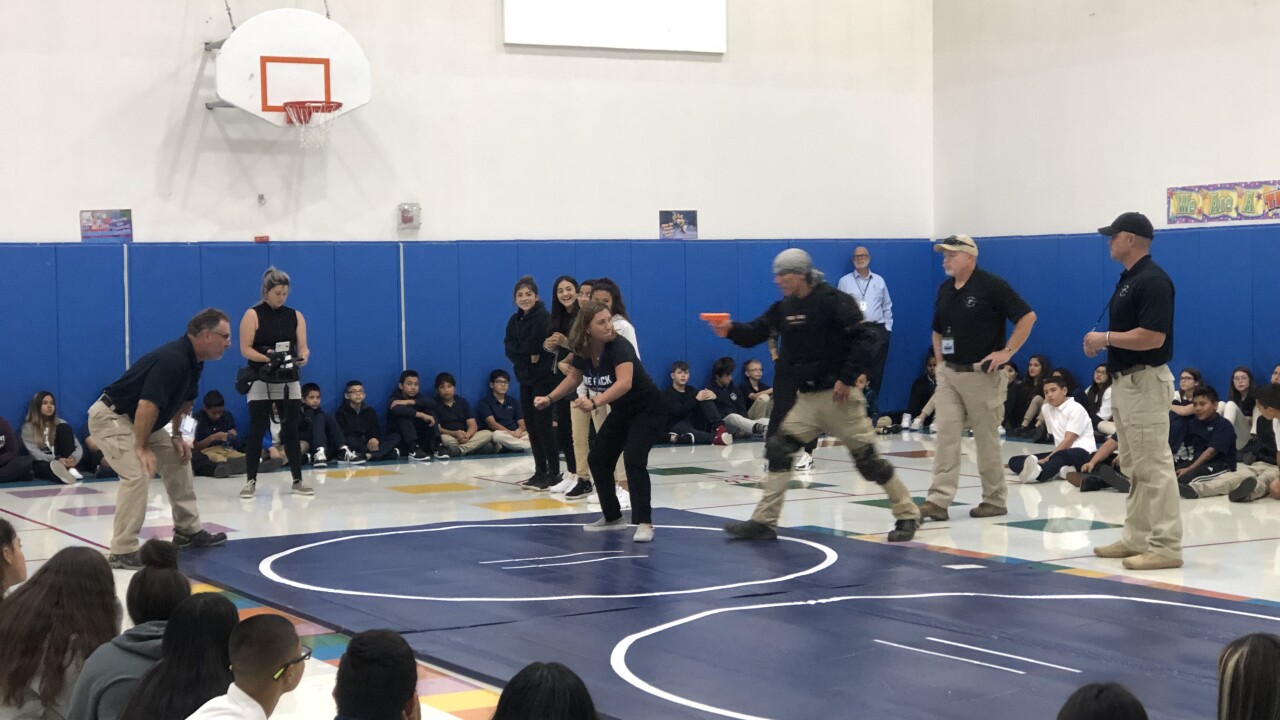 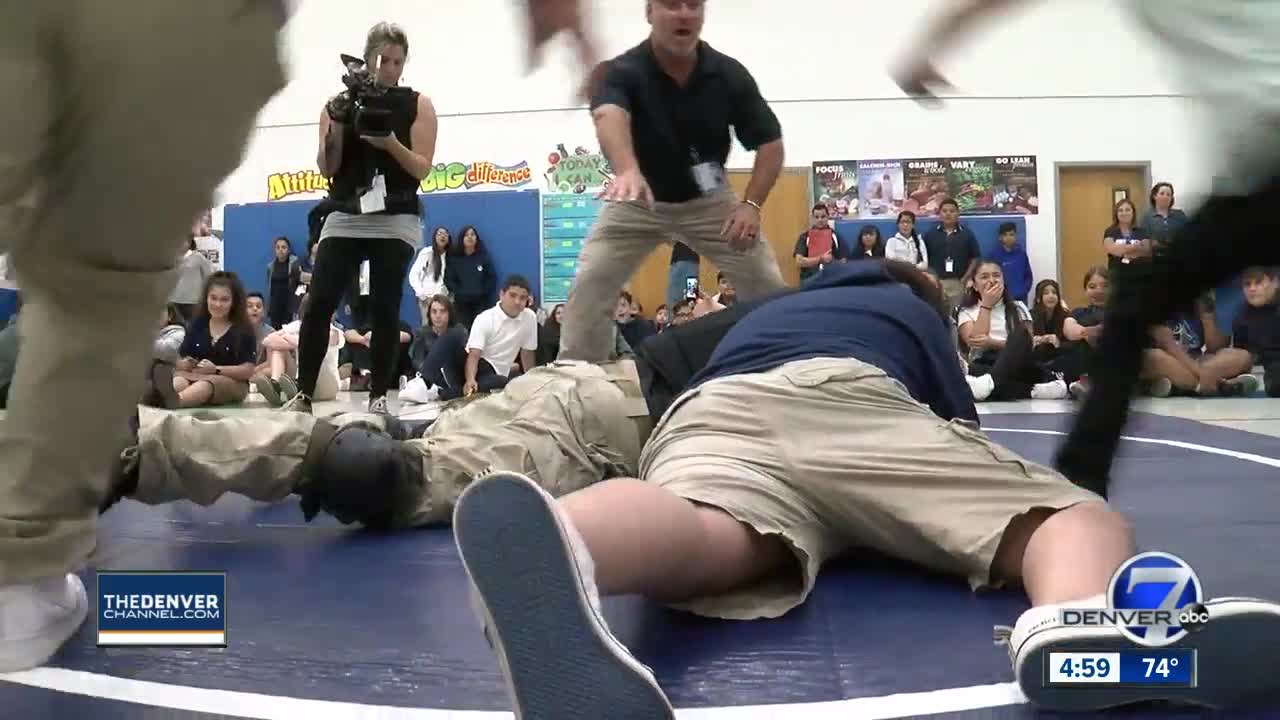 "I think it's good but also sad that we have to learn this just because of society and how crazy it is," 7th grader Luis Marquez said.

This is no lockdown drill.

Students learn how to barricade the classroom door, perform CPR, as well as self-defense. In one simulation, teachers take down the active shooter and the students are taught how to hold the suspect down.

"No one wants to be a victim anymore, so again, leaving people in the dark not allowing them to be aggressive or pick the appropriate response is the new trend," Joe Deedon, owner of Tac*One said.

Tac*One Consulting, a firm that started in 2007 by teaching law enforcement active shooter training, is instructing students at this K-12 school.

Deedon says the training is specialized for each age group.

The training also explains to students what happens to the brain in an active shooter situation and the fight or flight response.

"You don't want to freak them out and stress them out too much, but you want it to be realistic so that they can learn," Deedon said.

Luis found the training valuable but admits he doesn't think he is capable of stopping a shooter.

"No, I get very nervous when something bad happens," Luis said.

Deedon explained it's okay to know your limitations because everyone has a role in prevention and response. He said their biggest goal is to give students the confidence to make decisions to save lives.

"Everybody's little something adds up to a big something for the campus," Deedon said. "They will know what they are capable of after today. Eeven with the adults everybody wants to think they will jump into action and rise to the occasion, but realistically they won’t know until they were put in that moment."

Tac*One Consulting has taught this course to students in Wyoming and Arizona. This was the first time they have trained students in Colorado.