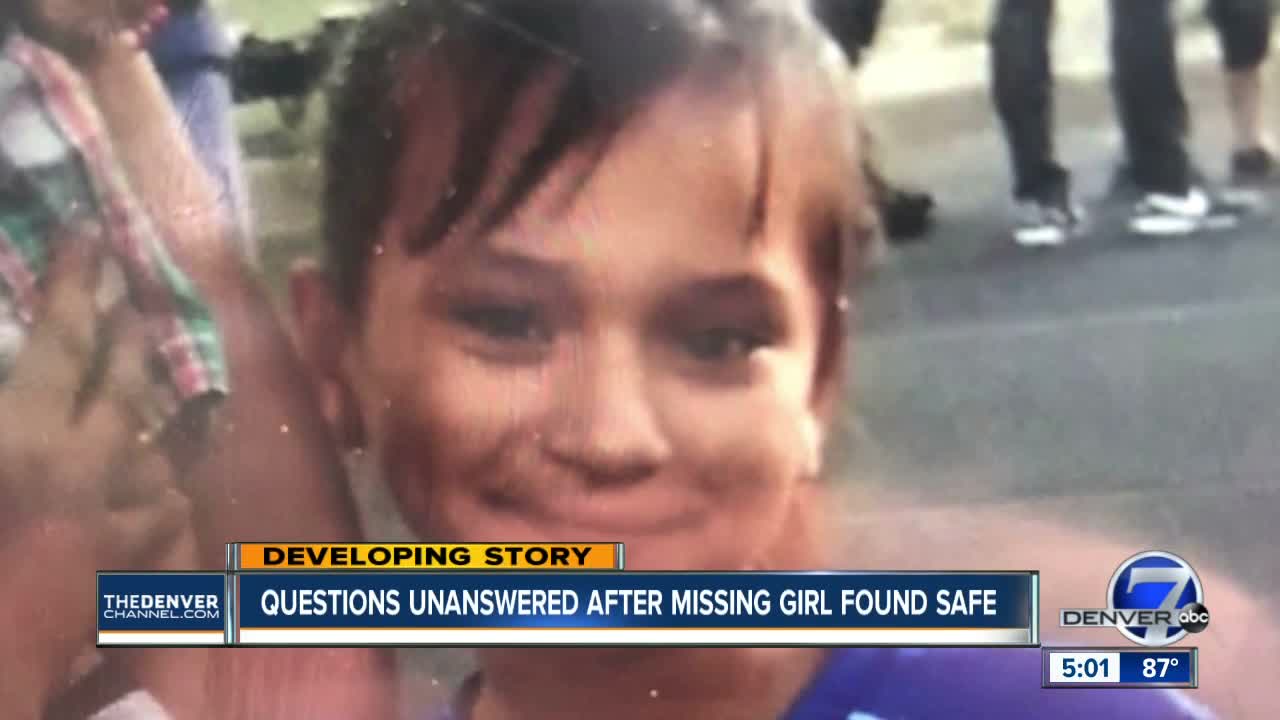 Aurora police said a 10-year-old girl in Aurora who had been missing since Monday morning was found Tuesday afternoon. 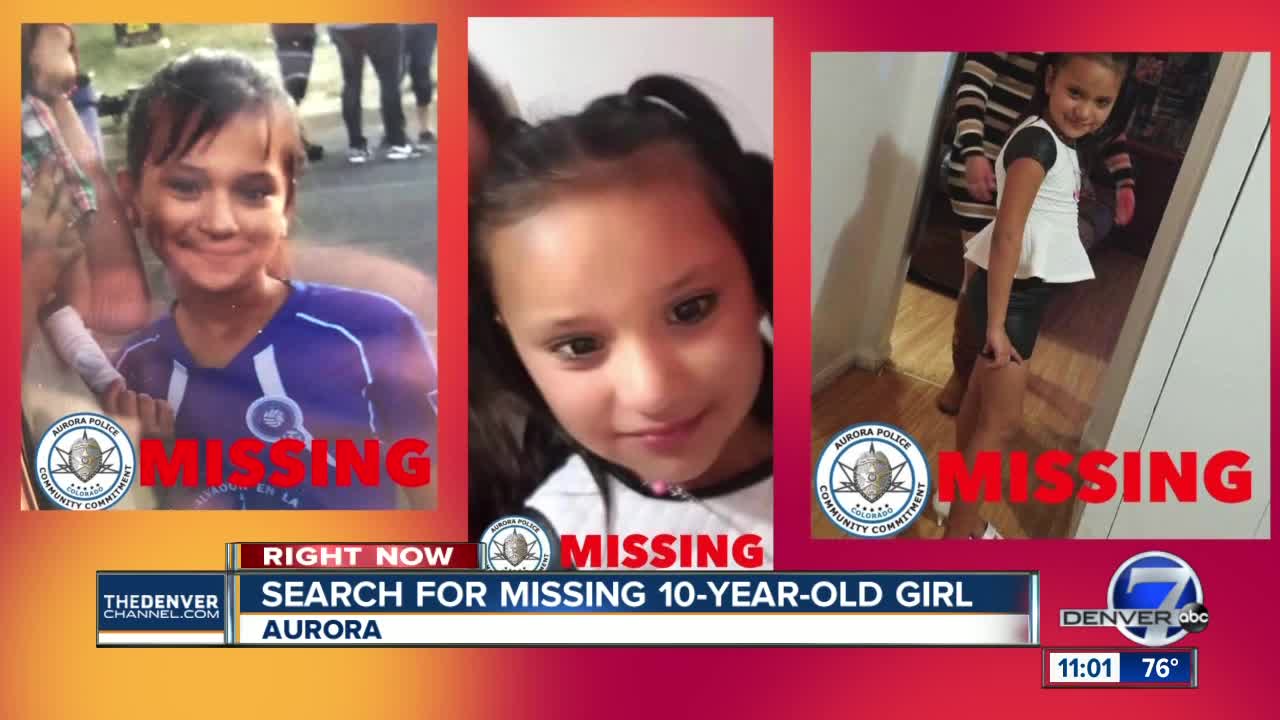 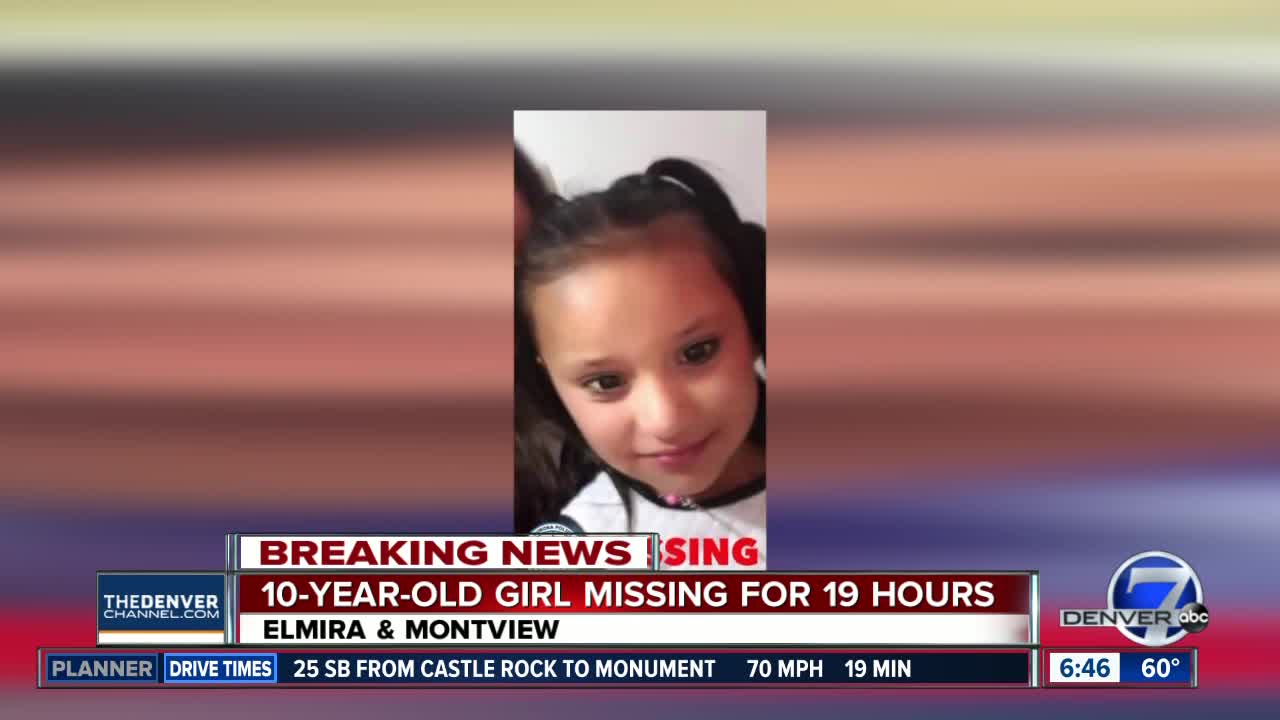 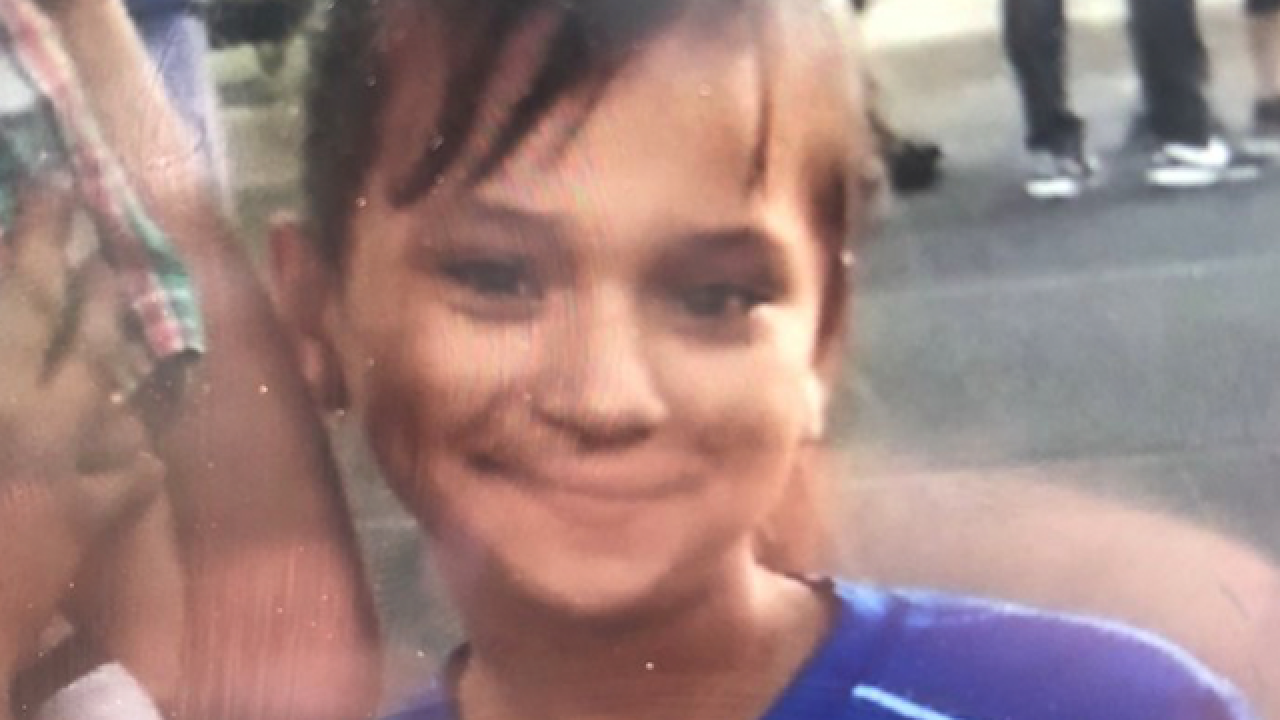 AURORA, Colo. — Aurora police said a 10-year-old girl in Aurora who had been missing since Monday morning was found Tuesday afternoon.

Aurora police spokeswoman Crystal McCoy announced around 12:20 p.m. that Daniela Ruano-Morales, 10, had been found safe. The girl was receiving medical treatment, she said. That is standard for cases like this, police said.

In a news release sent Tuesday afternoon by Aurora police, they said Ruano-Morales was found by a distant relative in the Hoffman Heights neighborhood near E. 6th Ave. and N. Peoria St.

However, police say they are still trying to figure out how she got to the area, though they don’t believe there is any danger to the community.

The girl's family realized she was missing from their home in the 1900 block of Elmira Street around 10 a.m. Monday. It appeared that she had left on her own and on foot, McCoy said. The family tried to find her for several hours before contacting the Aurora Police Department at 4 p.m. Monday.

Police started the search for the girl at that point, McCoy said. This was the first time to her knowledge that Ruano-Morales has walked away from home.

“She did tell her family that she was leaving,” McCoy said.

Ruano-Morales was intentionally out of school on Monday for unknown reasons, McCoy said.

The FBI joined in on this search, as did K-9 officers and their handlers from several metro-area sheriff’s offices.

Authorities searched the neighborhood overnight and the Colorado Bureau of Investigation issued a missing/endangered person alert at 11 p.m. Monday. Officers worked through the night to try and find the girl.

While authorities searched the area, McCoy said neighbors and local businesses could help by watching any video footage they may have from Monday, starting around noon and going into the evening hours. Specifically, police were looking for footage from the areas between 19th Avenue and Colfax Avenue, and Peoria Street and Elmira Street.

Ruano-Morales was described as a young Hispanic girl with a slim build. She's about 4-foot, 10 inches and weighs about 65 pounds. She was last seen in a gray tank top and floral sweatpants.

An Amber Alert was not issued because there was no evidence of an abduction, McCoy said. She said the family was distraught and cooperating with authorities, and asked for privacy.

Aurora Public Schools issued an automatic call to parents of students at Math & Health Sciences Elementary School and Fletcher Primary alerting them of the missing girl. In the message, APS said it is working with the FBI and Aurora police as they continue the search. The message's subject line reads, "Fletcher Missing Student."

Police ask anybody with information to call the Aurora police tip line at 303-739-1860 or email APDcrimetips@auroragov.org.