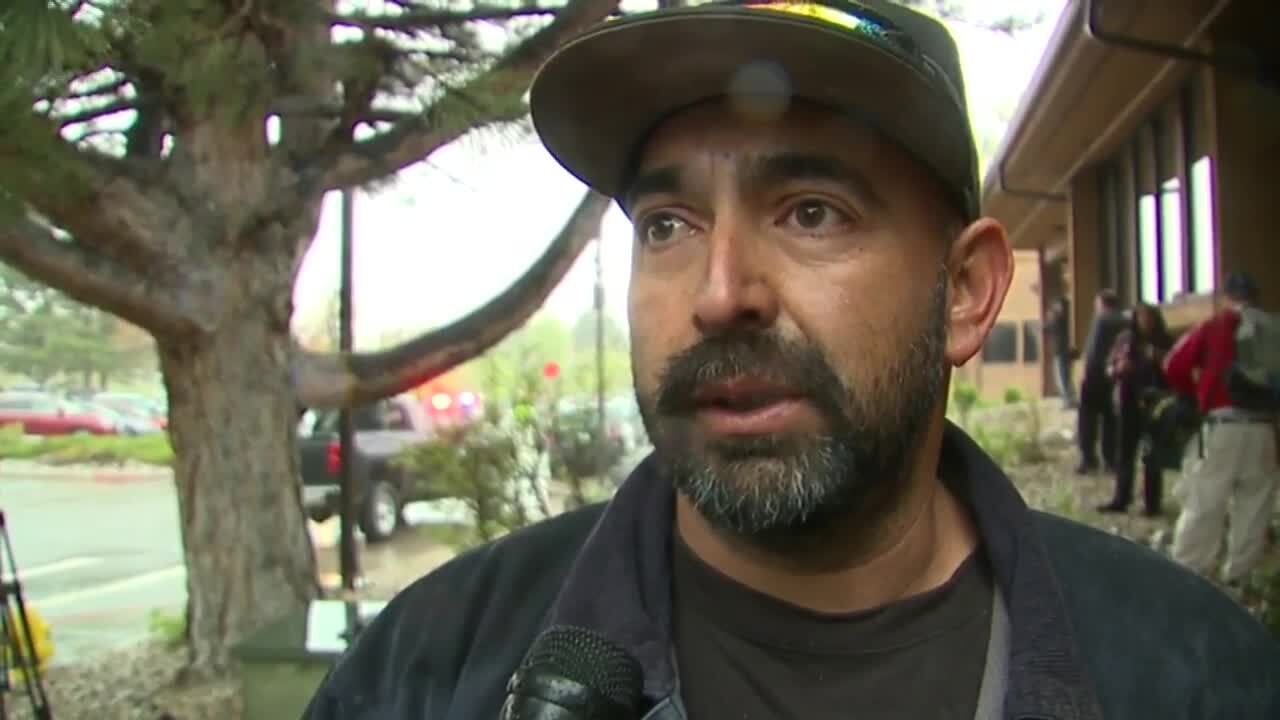 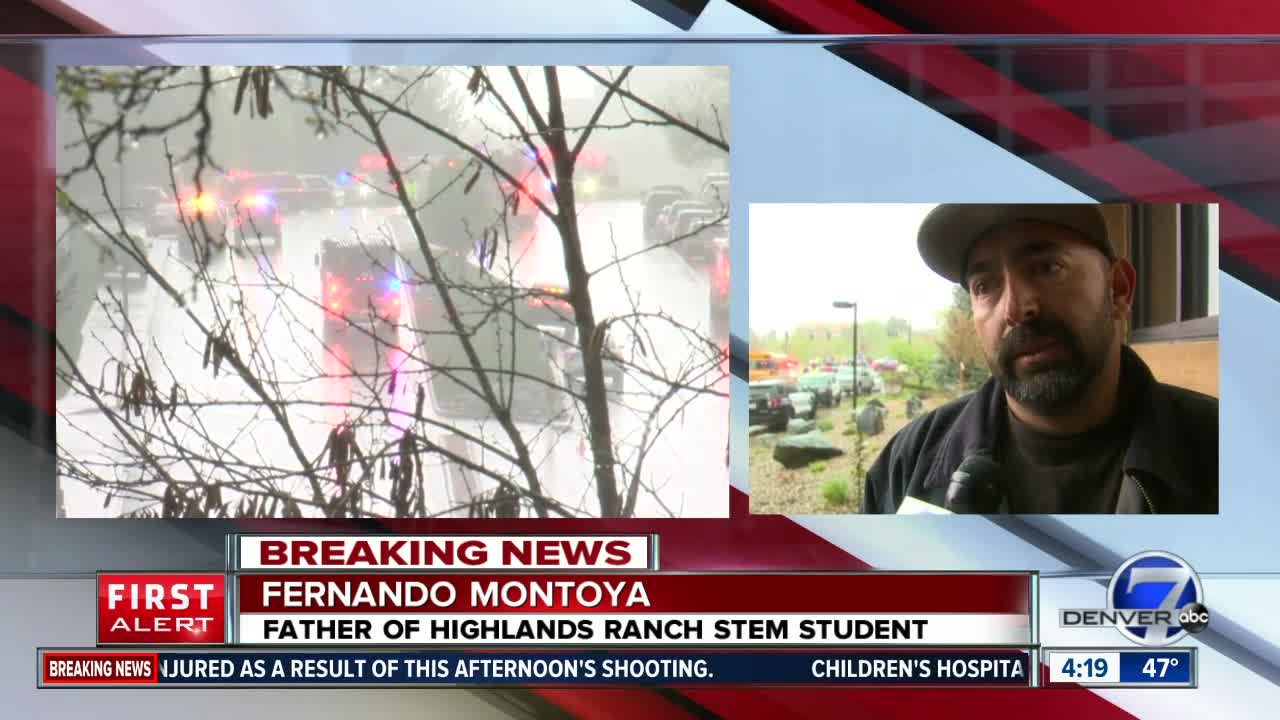 The father of a student who was shot at STEM School Highlands Ranch on Tuesday told Denver7 that his son said he was in a classroom when one of the shooters pulled out a gun and started firing.

Fernando Montoya said his 17-year-old son was shot three times and taken to Sky Ridge Medical Center. He had been released from the hospital and was home by 9 p.m.

Montoya's son is a junior at the STEM school, where eight people were injured in the shooting Tuesday. Two suspects were in custody, and they were believed to be students at the school, Douglas County Sheriff Tony Spurlock said. The suspects "got deep inside the school," Spurlock said, and shot at students in two separate locations.

Montoya said his son told him that he didn't believe he was targeted in the shooting.