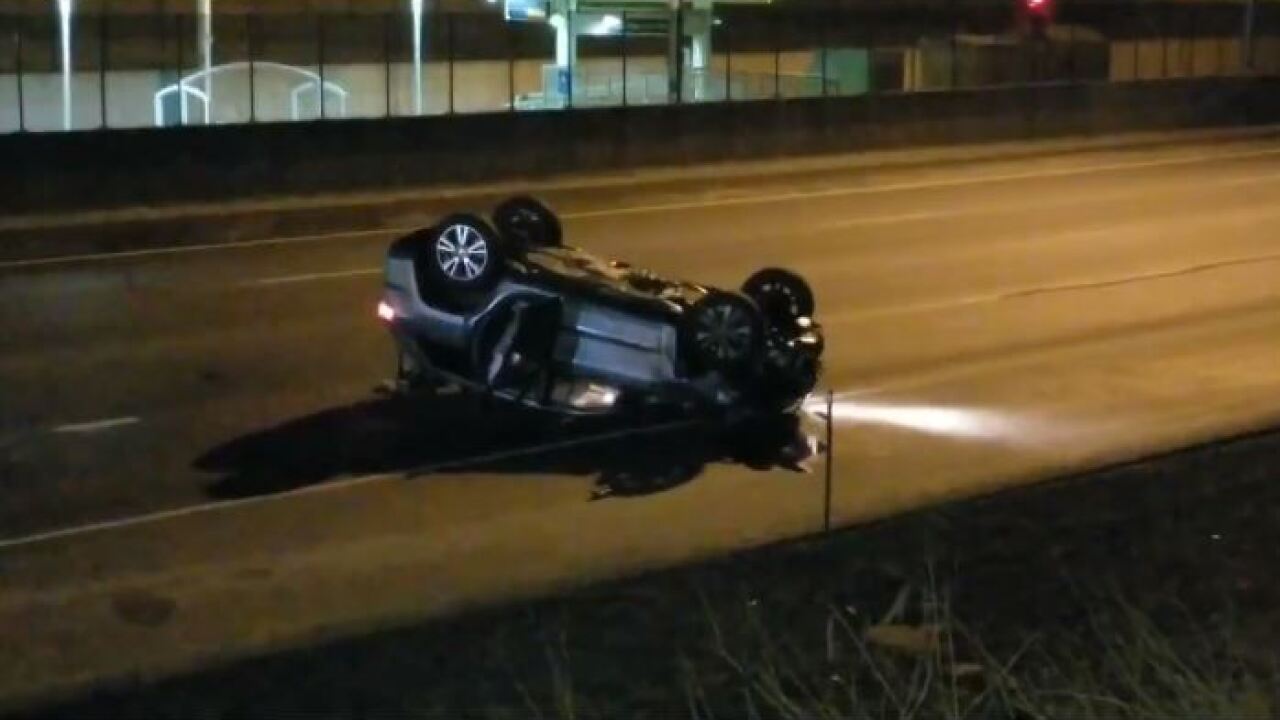 UPDATE | Wednesday 10 a.m. — Master Trooper Gary Cutler with the Colorado State Patrol said they have not yet made any arrests in this case.

Cutler said the Jeep had been traveling at a high rate of speed along I-225 southbound and rear-ended a Toyota Corolla. The Jeep hit a wall and rolled over and the Toyota went off the shoulder and crashed into a wall.

Cutler said speed and alcohol are the suspected cause of the crash.

ARAPAHOE COUNTY, Colo. — The Colorado State Patrol is looking for the driver of a Jeep involved in a fatal crash on I-225 early Monday morning.

The crash was reported shortly after 2 a.m. Monday in the southbound lanes of I-225 under the Dayton Street pedestrian bridge.

The Jeep ended up rolling, and came to a stop on its roof. The passenger of the Toyota died. The driver of the Toyota, who is an Uber driver, had minor injuries, White said.

The driver of the Jeep fled from the scene, he said.

“We do suspect excessive speed as a factor, as well alcohol," he said.

Traffic was being diverted off I-225 at Parker Road and drivers could not get on the highway from Parker Road or S. Peoria Street.