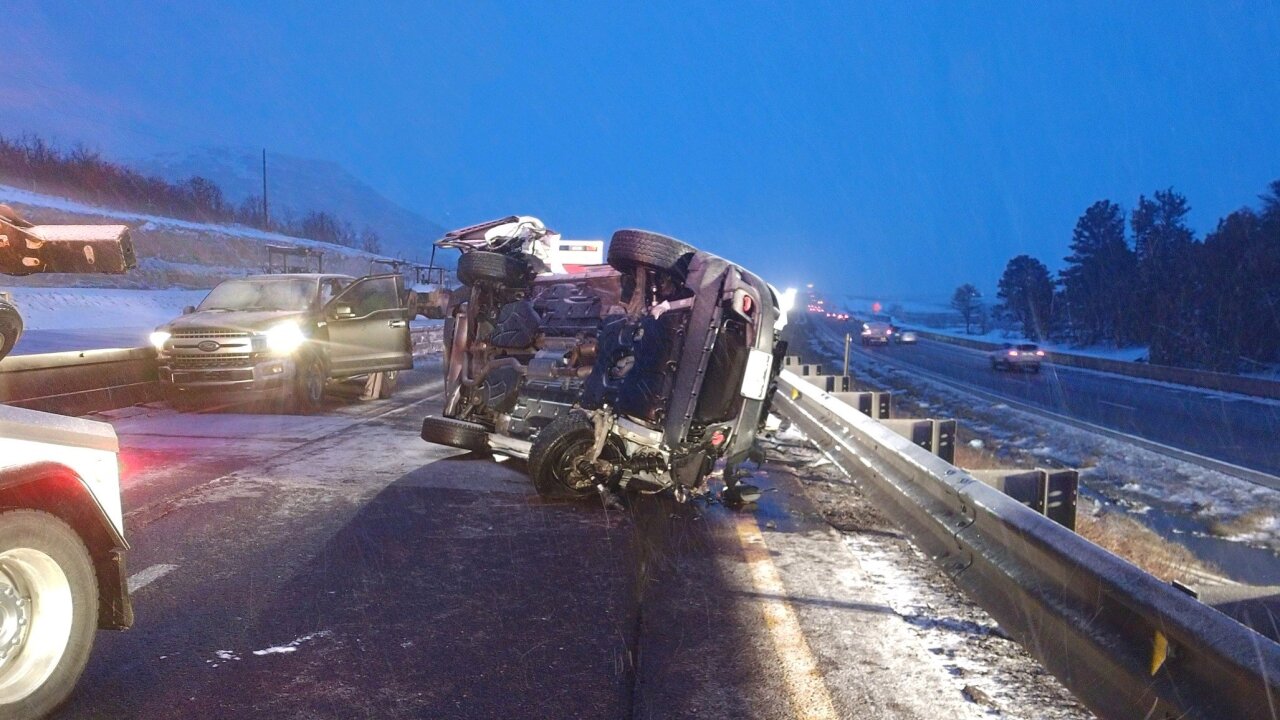 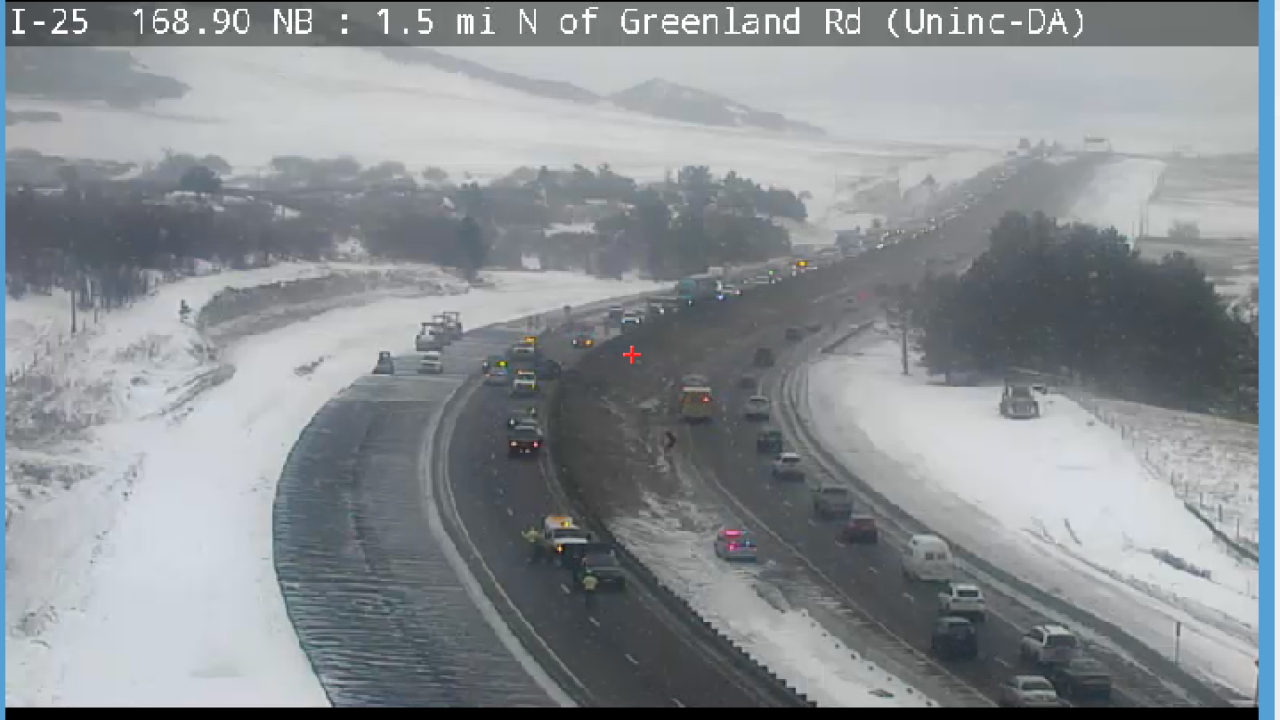 DOUGLAS COUNTY, Colo. – A two-vehicle car crash in southern Douglas County closed the northbound lanes of Interstate 25 between Monument Hill and Larkspur for about four hours.

The crash, which happened near E. Greenland Road, was reported at 4:37 p.m. by the CSP’s Castle Rock division via Twitter.

The highway was closed northbound at County Line Road, “and will be closed for an extended period” of time, according to troopers. By 6 p.m., CDOT officials said the northbound lanes were closed at Interquest Parkway.

They also said a passenger in one of the vehicles was the one who died in the crash. By about 8:30 p.m., a CSP spokesperson said the driver in that vehicle was in serious conditions. The driver of the other vehicle involved in the crash did not sustain injuries. No citations had been issued Wednesday evening. No other details about the crash were immediately available.

The northbound lanes of I-25 were back open by 8:34 p.m., per a tweet from the Colorado State Patrol.

They advised drivers to expect delays while traffic started to flow through the area.

The cause of the crash remains under investigation.