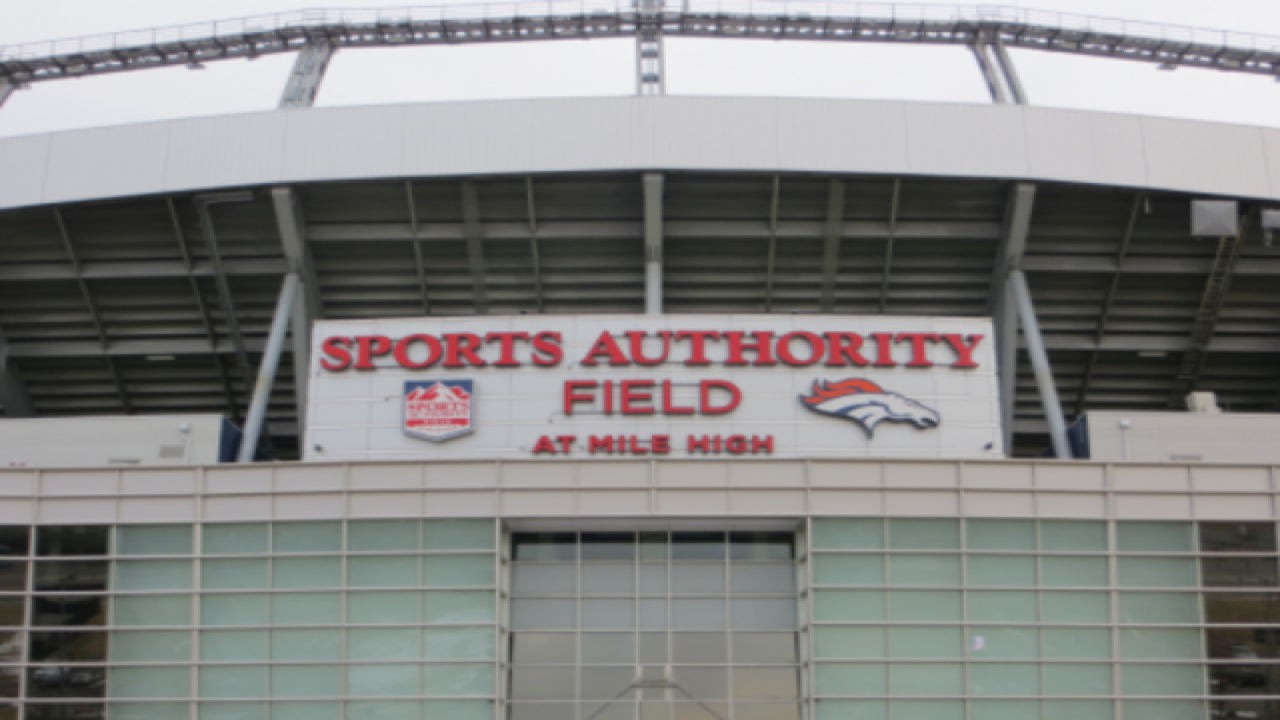 DENVER -- A fan died Tuesday after falling 60 feet over a railing at the Broncos' Sports Authority Field at Mile High stadium after the Monday Night Football victory.

The Denver Medical Examiner's Office confirmed the fan died hours after falling, and identified him as Jason Coy, 36.

Immediately following the fall over the stairway railing near the stadium's escalators, first responders rushed Coy to the Denver Health Medical Center.

He succumbed to injuries Tuesday morning from the 60-foot fall.

A death investigation is underway, however police say he fell after sitting on the railing.

The Broncos issued a statement on Coy’s death Tuesday afternoon:

“The Denver Broncos are extremely saddened to learn that Jason Coy, the fan who fell over a stairwell railing at Monday night’s game, has passed away. Along with Stadium Management Company, we extend our deepest sympathies and condolences to his family and friends.

“Providing a safe, enjoyable environment for guests at Sports Authority Field at Mile High is the top priority for the Broncos and SMC. We’re reviewing this tragic incident and will continue to maintain all necessary safety measures for our fans.”

This isn't the first time a fan has fallen and sustained injury at the stadium.

Fans were injured at falls at the stadium in September 2015 and August 2013. In the Sept. 2015 incident, police said a drunk fan was chasing a friend's hat when he tried to jump between two stairwell landings at Sports Authority Field and fell several stories. In the August 2013 incident, a fan fell from an escalator during a pre-season game.