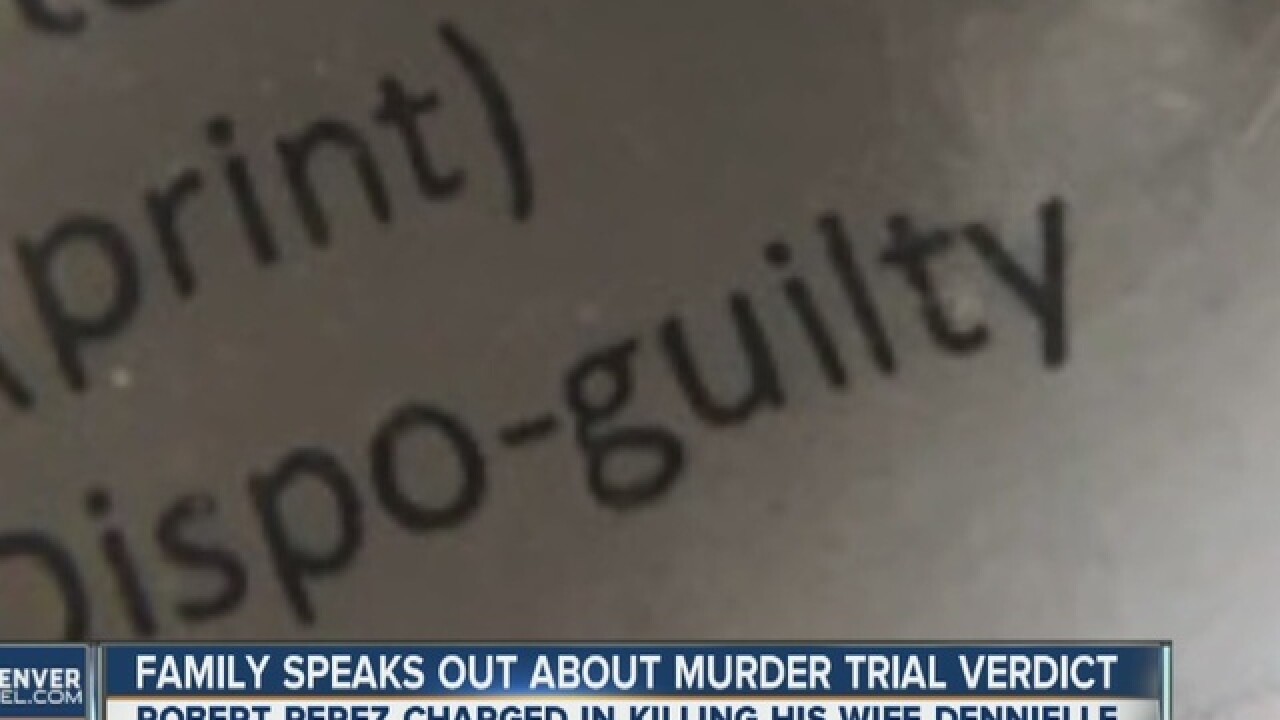 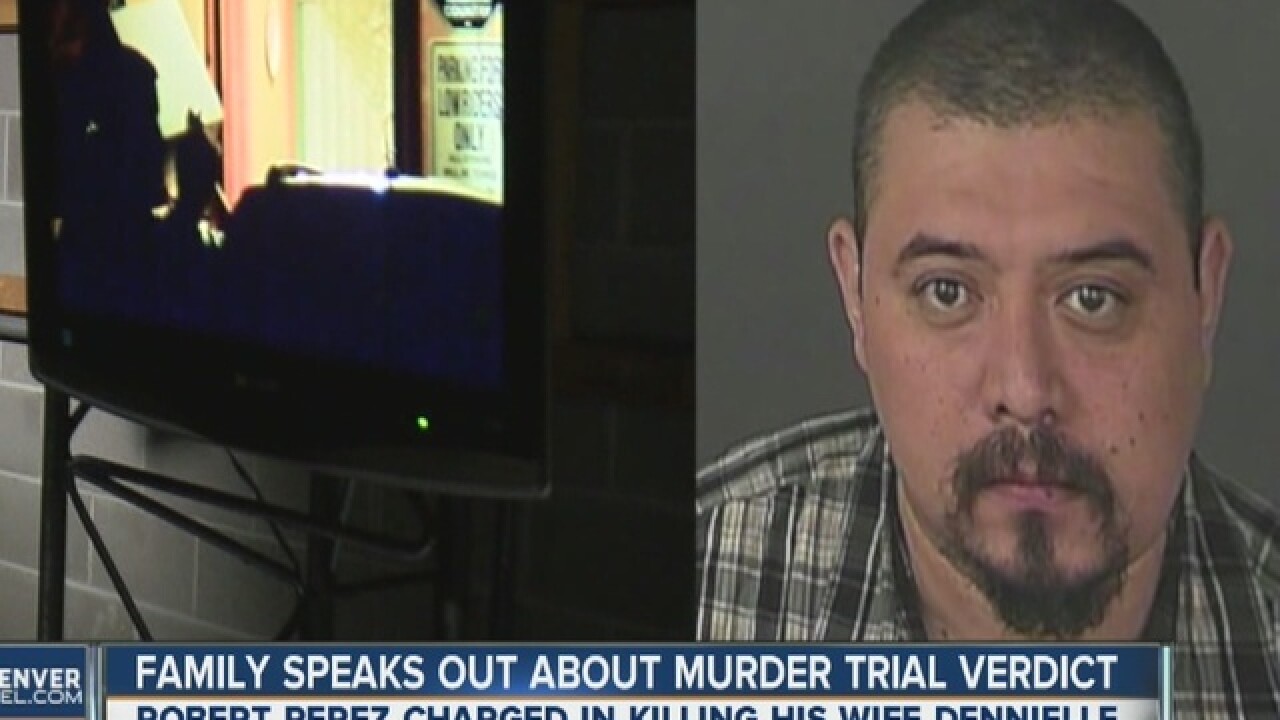 Family members of a Denver woman who was found shot to death in her Green Valley Ranch home on August 20, 2014, are praising jurors for their verdict.

They returned the verdict after deliberating for just one and a half hours, following a two week long trial.

Perez initially told police that he came home and found Dennielle Leichtle’s body with a shotgun lying next to it.

He said she committed suicide.

Police removed several bags of evidence from the home and slowly pieced together what actually happened.

They said Perez was hyperventilating when they arrived and that he had blood on his hands.

Leichtle’s family said Perez had a very angry personality and that the couple had been arguing the night before.

“He was all for the power and control and the moment he knew he was losing that, he was not okay with that,” said Jamee Leichtle, the victim’s sister.

Jamee added, “I witnessed his mental and emotional abuse toward my sister for many years.  I’m just glad that he was finally held accountable for it.”

Jamee told Denver7 that Perez tried to portray Dennielle as a swinger but his attempts to trash her backfired, when a witness testified in court that Perez offered to pay him $25,000 to claim that Dennielle had slept with him.

She said that same witness demonstrated to jurors how Perez described killing Dennielle.

“He’s very deceitful, dishonest and a disturbed person,” she said, referring to the killer.

“His whole life was a lie,” said Diana Leichtle, the victim’s mom. “He was really just a monster… he hit her all the time, he mentally abused her.”

Mrs. Leichtle said Dennielle had moved out of the couple's home, but went back to tell Robert that their marriage was over.

“Robert became very angry,” she said. “That’s when he did what he did.”

When asked her reaction to the verdict, Diana replied, “Thank you, Jesus.”

She said Perez “is dead to us now and we’ll never have to worry about him hurting anyone else again.”

The victim’s father, James Leichtle, told Denver7 that the two-week trial was like a living hell.

“It was a really long process,” he said. “I was sitting there just thinking about how this monster tried to get away with it and how he tried to make it look like a suicide.”

“He specifically told (Dennielle) he was going to tear our family down and make us hurt,” James said, “but I knew he wouldn’t tear me apart.”

Family members say Dennielle was the light of their lives and the backbone of their family.

“She always had a smiling face and was always happy to see people,” Jamee said. “She was loved by all her family and friends and she will be missed.”

“It’s going to be wonderful to hear (the Judge) say, ‘Life in prison without parole,’" she said. "Absolutely."