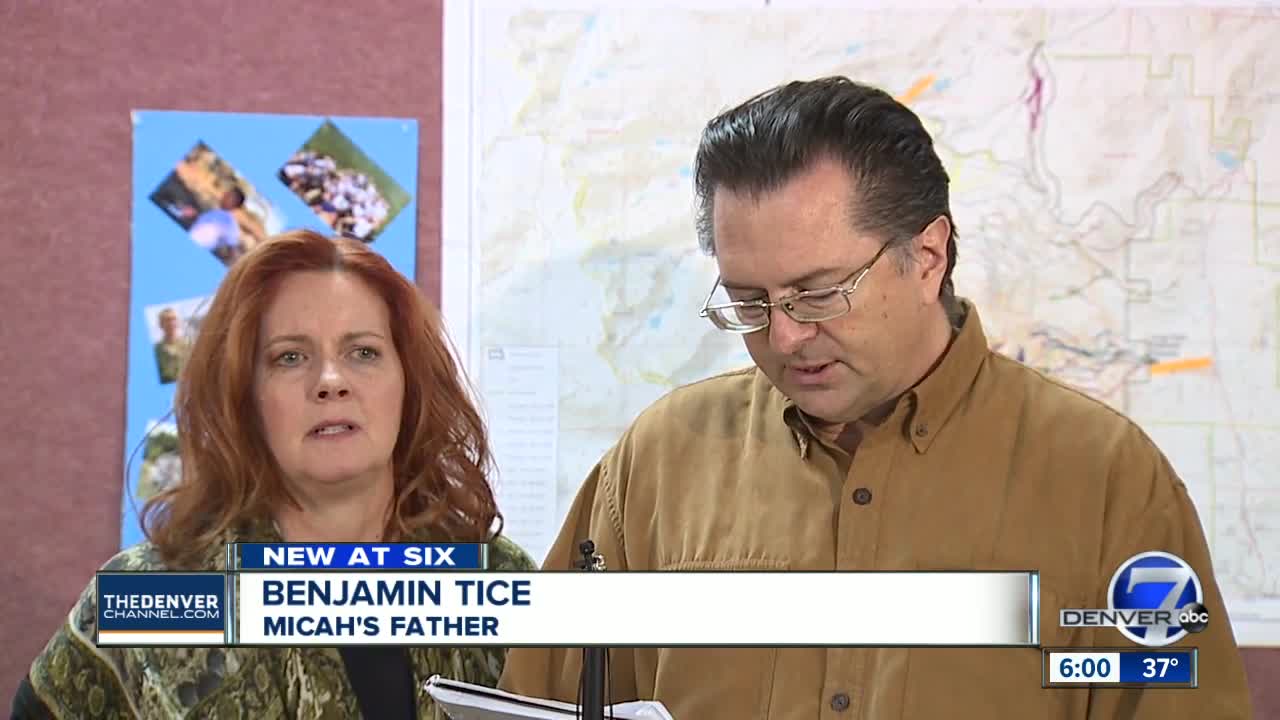 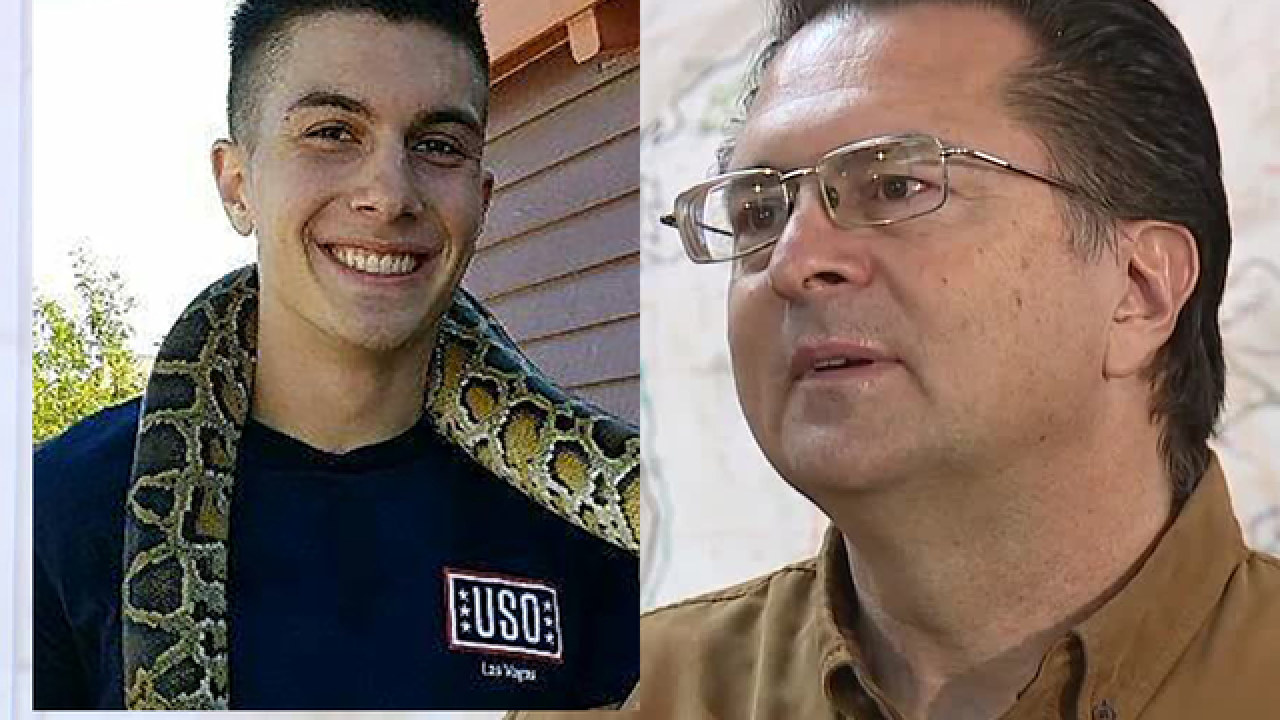 Benjamin Tice claims that officials with Rocky Mountain National Park, which has suspended the search for the 20-year-old man missing for two weeks in wintry weather, has not done enough to find his son.

“Limited searches were conducted and directed by the National Park Service and their search and rescue from Nov. 27 to Dec. 3rd,” said Benjamin Tice. “A total of six days of boots on the ground.”

Micah Tice has been missing for nearly two weeks. He was last seen hiking on Longs Peak in Rocky Mountain National Park on Nov. 24. Rangers found Tice's vehicle at the Longs Peak trailhead the afternoon of Nov. 26.

Watch the press conference in the video player below:

The father believes Micah could have sought shelter in an area the National Park Service has not searched.

“Hikers who’ve gone to this non-National Park Service searched zone report that there are numerous shelters that a hiker could be protected from severe weather elements,” he said.

Efforts to locate the missing hiker began on Tuesday, Nov. 27, three days after Micah was last seen. Search resources has included ground crews, trained dogs and helicopters. However, Benjamin Tice said his family has been denied access to additional resources in the search for their son.

In a statement to Denver7, Kyle Patterson, the Public Affairs Officer for Rocky Mountain National Park, detailed the park's efforts in locating the cadet.

"The search for Micah has continued in severe winter conditions. The number of rescuers in the field beginning the morning of November 27 through Monday, December 3, has been appropriate given the difficulty of the high alpine environment, and the safety of the rescuers," Patterson wrote.

During the Friday press conference, Benjamin Tice pleaded for help from state and federal officials, including President Donald Trump.

Friends of the family and other experienced hikers plan to search the area again this weekend. They say activity from Micah’s cellphone was recorded Nov. 25 around 10,000 feet, the elevation where the weekend search will focus on.

The National Park Service suspended their search Tuesday. Officials say they could resume if conditions are favorable.