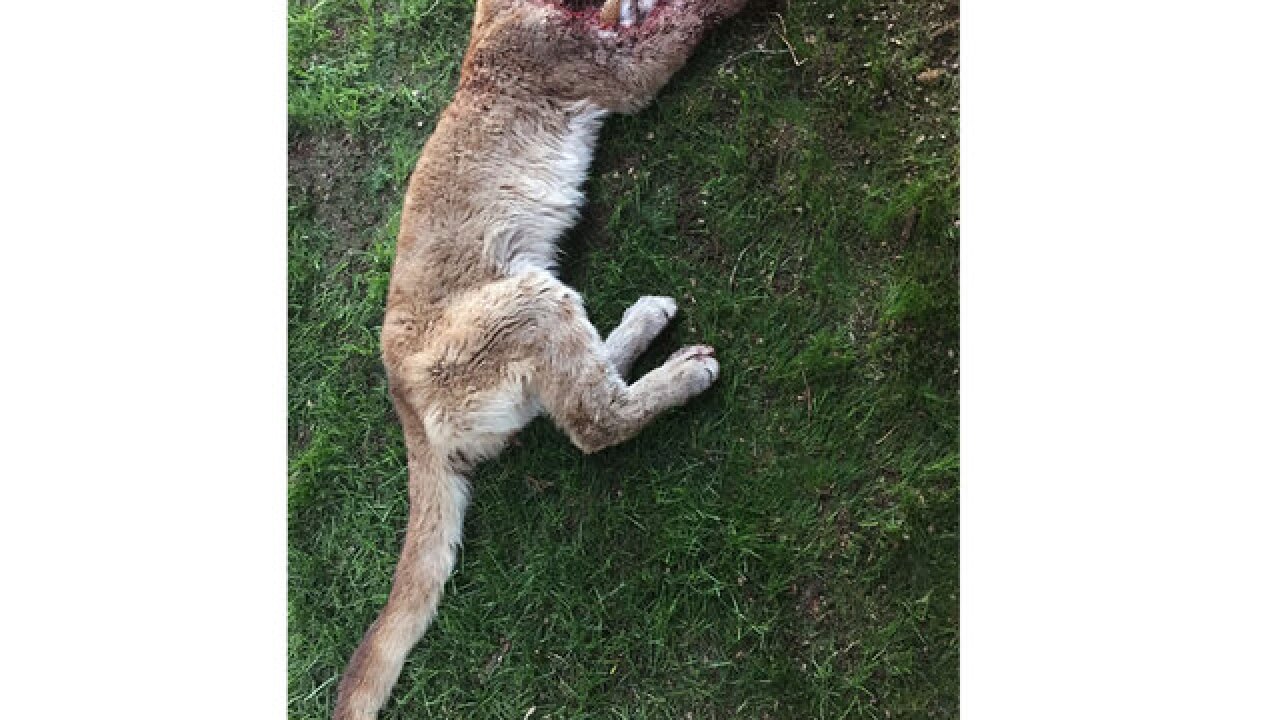 Aspen Times
<p>An official shot and killed this mountain lion after a 5-year-old boy was attacked outside his home near Aspen in June 2016. The boy's mother ran to protect him, prying the lion's jaws open. </p> Colorado Parks and Wildlife has confirmed, one of the two mountain lions euthanized in Aspen Friday had attacked a young boy.

CPAW says DNA analysis links the lion to the boy.

The DNA confirmation came after an extensive necropsy at CPAW's Health Lab in Fort Collins and DNA analysis at the Wyoming Game and Fish Laboratory.

Both the mountain lions tested negative for plague and rabies.

The boy survived the attack and is being treated at Children’s Hospital Colorado in Aurora.

In a brief statement released Monday, the boy’s family said he is ‘doing better.’

The unnamed family also thanked the public for its concern and requested privacy in the statement.

The lion attack happened at a home in the community of Lower Woody Creek.

"This is very good work by everyone involved," said CPAW Northwest Regional Manager Ron Velarde. "From the time of the incident to the verification that the right lion was killed, there was a lot of hard work going on in the background by very professional people to get these results in a timely manner."

The mother of the boy was inside a home on Lower River Road when she heard her son screaming outside on Friday.

When she went to see what was happening, she found a mountain lion on top of her son.

The woman ran to her son and was able to physically free him from the wild cat.

911 Calls Made After Attack

In newly released 911 calls, the father is heard telling the dispatcher that he is "driving from Lower River Road to the emergency room, my five-year-old just got attacked by a mountain lion."

"Is he in the car with you," The dispatcher asked.

"Yes," he answered.  He goes onto tell the dispatcher, "the kid has lacerations, I'm on my way to Valley Hospital, I just wanted to give you a heads up so they're ready."

The boy and his mother both went to the hospital after the attack.

A Pitkin County sheriff's deputy called the mother a hero for charging the animal during attack, yanking away one of its paws and prying open its jaws.

Officials estimates the mountain lions were between 7-9 months old and approximately 40 pounds each.

Although sometimes not popular, a CPAW spokesperson said putting down wildlife is sometimes necessary.

"We acted out of an abundance of caution when we made the decision to kill the second lion," said Velarde. "These two cats were traveling together and learning to hunt and survive together, and one of them attacked a child. We are not going to take chances in a situation like this. It is the right decision."

“We have healthy populations of animals in Colorado and that’s what you need to look at,” said Jennifer Churchill, spokeswoman for CPAW. “And you need to step back and say, ‘What if it were my kid or my grandma or my wife?’ At the end of the day, we have to remove animals that are going to injure people. Whether or not people like it – it’s appropriate. It’s for public safety.”

Interestingly, officials say the young lions would not have survived on their own without their mother.

They say the mother was likely killed in a separate incident.