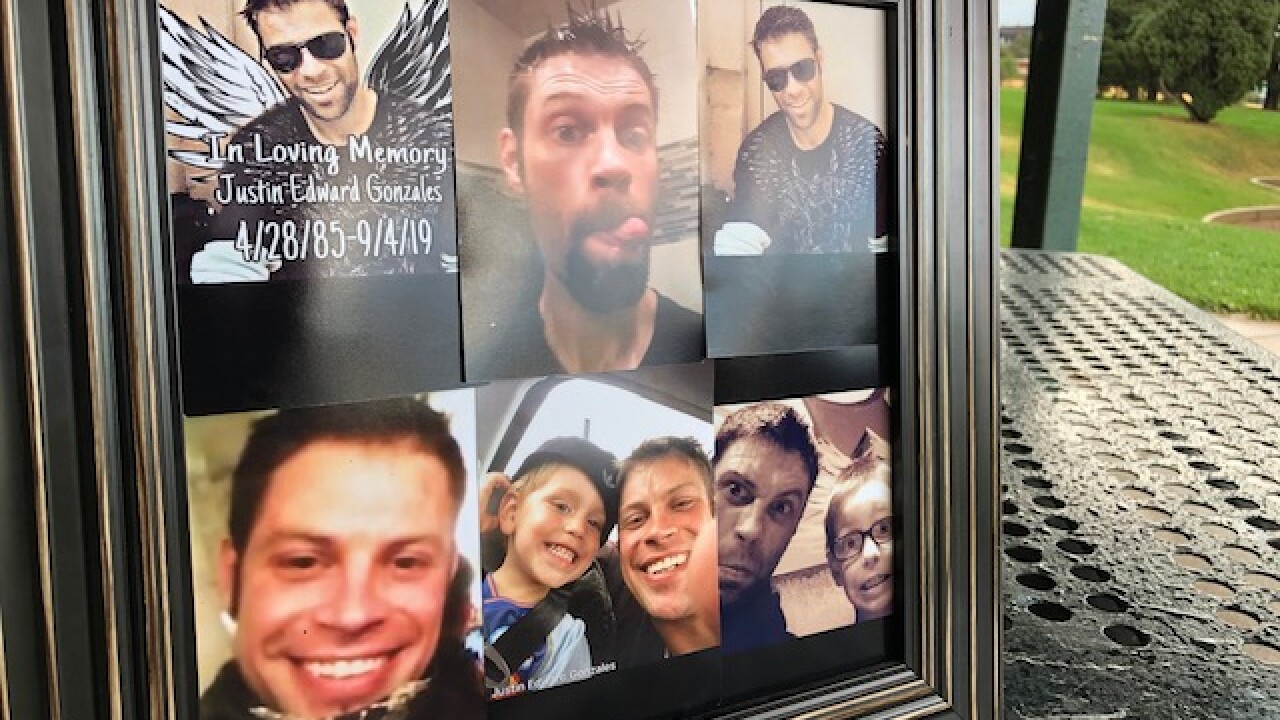 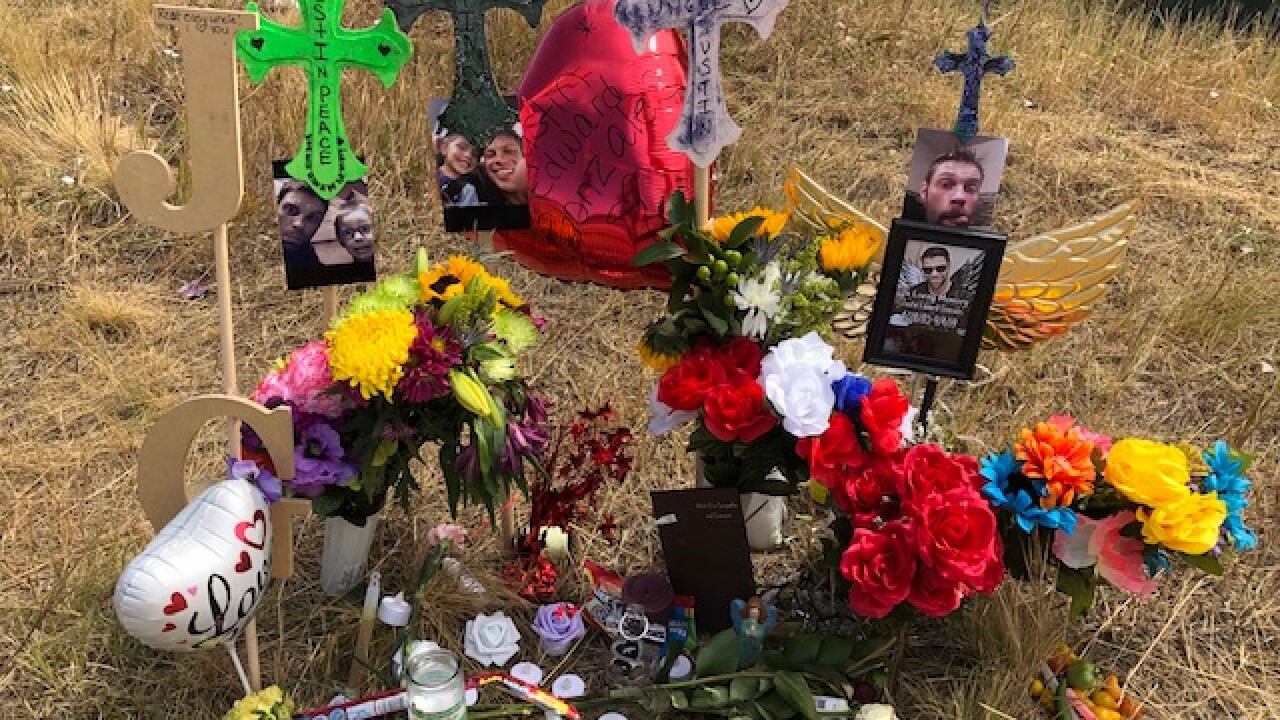 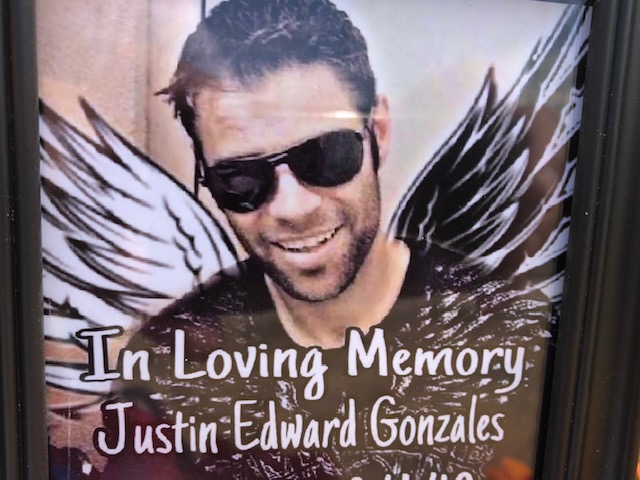 DENVER -- The father of a 34-year-old bicyclist, who was struck and killed Wednesday where the Powerline Trail crosses S. Buckley Road, said his son's injuries were so severe, the coroner wouldn't let anyone see his remains.

Police say the first impact sent Gonzales flying through the air about 20 to 30 yards. A few minutes later, he was apparently hit again and dragged several more feet. Police said both drivers fled from the scene.

"It's really hard," said his brother Jeremy Gonzales. "Emotions are high. Everybody's hurt, and there's somebody out sitting there, while we're going through this."

"He called me the other day about a project," he said. "I gave him the bid recommendation, how much to charge, and he was going to get back to me."

That was the last he heard from his son.

Claybourn said Justin had taken some painting supplies over to his sister's house, which was close to the project, and was riding his bicycle back to his girlfriend's house when he was hit.

"If I had known that was the last time I was going to see him, I would have stayed up with him all night," said his sister Tiffiny Moralez.

His other sister, Shana Claybourn, said the family is broken, but not vengeful.

"We're not here to judge," she said. "We just want answers."

"We want to let them know that we'll find it in our hearts to forgive," he said. "We just want to know who was at fault and exactly how it went."

On Saturday, during a candlelight vigil next to the Powerline Trail, the family met a man who said he found Justin lying on the pavement and then called 911.

"He said he wanted to move Justin out of the street, but knew he couldn't until investigators got to the scene, so he stayed with him," Shana Claybourn said. "He kept talking to him, saying 'I'm going to get you some help. Don't worry.'"

Gonzales's mother, Bernadette Dorn, said she thanked the man who found her son and kept talking to him, even though he knew the man had died.

"He will forever hold a place in my heart," Shana Claybourn said. "To me, that was an angel sent to stay with my little brother, so that he wasn't alone."

Family members described Justin as an ambitious man, who was kind, caring and loving.

"He always came over to help around the house," said brother-in-law Joe Moralez. "We got a truckload of red rock, and he just showed up and started working."

The victim's niece, Sonja Moralez, said she gave him a bowl of cereal just before he left.

"I was the last person in the family who got to see him, talk to him and see him smile," she said. "I wish it could have been more."

Nephew Gabriel Claybourn remembers his fun-loving uncle as the life of the party.

"He always asked if we wanted to go for a bike ride," he said.

Family members have set up a GoFundMe account to help celebrate the life of their loved one. They say Justin will be cremated.

Aurora Police said the Suzuki SUV that struck Justin was found abandoned in Sunburst Park. Investigators said they know who owns the car, and are working to find out who was driving it.

Police said the second car that struck Justin was a 2001 to 2003 Honda Civic coupe. They could tell the model and year because an inner fender apparently fell off the car.

Police said they need everyone to slow down and pay attention to their surroundings.

Gonzales's family is asking for the same thing.

Niece Kiara Contreras said she wants drivers who are rushing home to be with their families to remember that other people have families too.

"Just be considerate of others as you're driving down the street," she said.