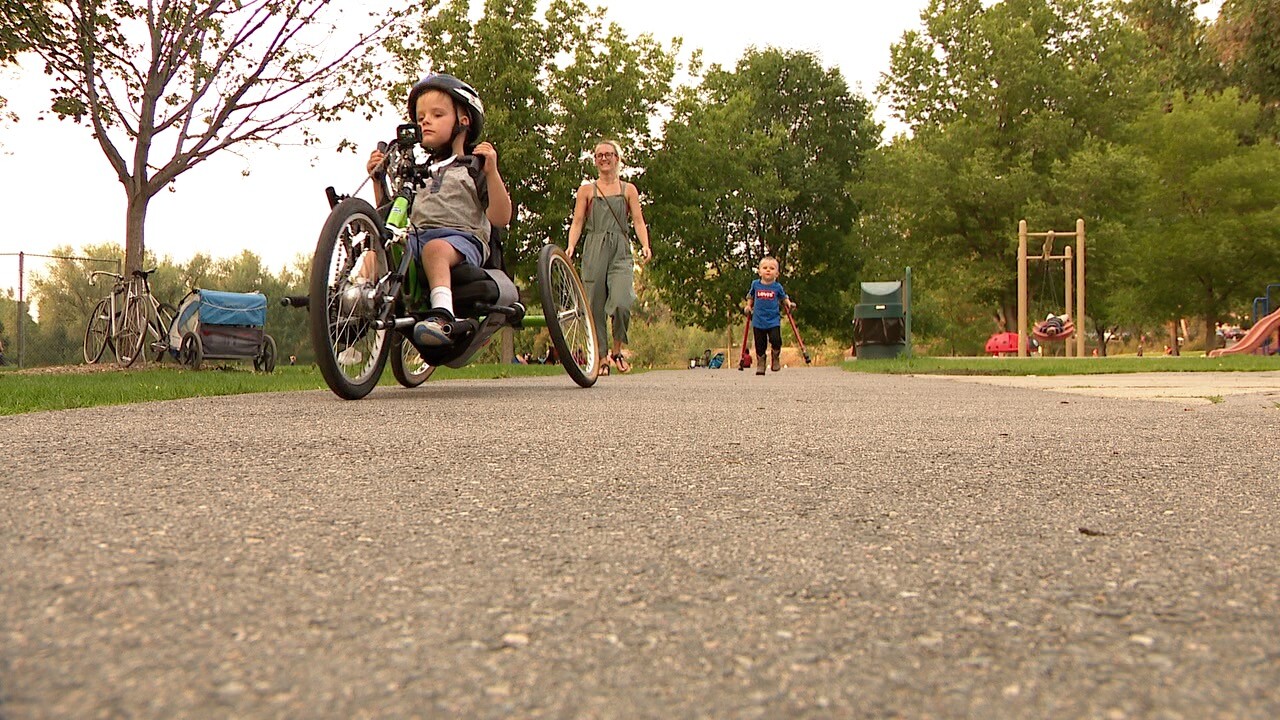 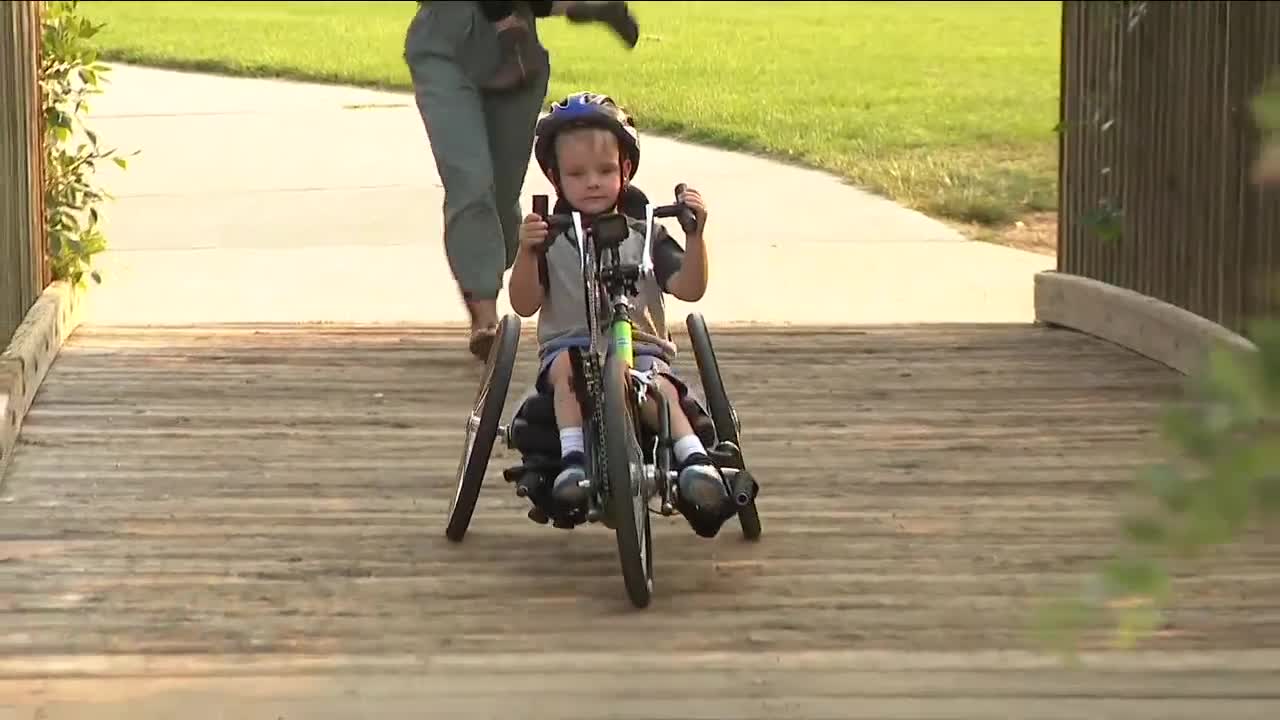 DENVER — Riding a bike marks a milestone for children. While it can provide a sense of freedom for some children, many kids with physical disabilities don't have the opportunity to enjoy the experience. That was almost the case for one young Denver boy, but thanks to a family friend, he can now pedal to his heart's content.

Keeping up with Alex Braun, 5, on the playground can be a challenge. He moves around quickly.

His mother, Amber Braun, calls Alex "a ray of sunshine."

"He is so funny, he is our little comedian," she said. "We call him the mayor because he just loves to talk."

He also loves to play, but unlike the rest of the kids, it takes him a little longer to reach his destination.

"I can't really run, just one foot at a time," Alex said.

His mom said he can't feel much from his knees down.

She said she'll never forget the two doctors who advised her to terminate her pregnancy after diagnosing her baby, Alex, with spina bifida. The birth defect is a condition that affects the spine. It can cause physical and intellectual disabilities that range from mild to severe, according to the Centers for Disease Control and Prevention.

"Kind of like a cute orange that was on his back, so the spine opened up — the spinal cord kind of came out, which affected the way that he walks today," Amber said.

Alex has undergone six surgeries throughout his lifetime. His family has traveled the country for foot casts to help correct his clubfeet and he has attended therapy nearly all of his life. Amber said they work his muscles every day to make them stronger.

"We give him all the opportunities that we give our daughter and our son," she said.

This summer, Amber said she tapped into a spina bifida mom's group on Facebook and asked about bikes for children with the condition. She said she was quickly directed to the nonprofit Adaptive Adventures. The organization provides outdoor sports opportunities for people with physical disabilities. The organization loaned Amber a unique bike to fit Alex's needs.

Amber posted a video of Alex on the Adaptive Adventure bike. Christine Garcia, a family friend who met Amber before Alex was born, said the post made her want to take action.

"My momma heart exploded," Garcia said. "I just got overwhelmed with a feeling of you know what, Alex needs that bike and we have to make this happen."

She reached out to Adaptive Adventures and asked to purchase the bike and set up a GoFundMe to raise $2,500.

"The money was raised within days of being posted," Garcia said.

"He was like, 'What! It's mine?'" she remembered. "I was like, 'It's all yours and it's because everyone loves you and supports you so much.'"

The family thought the money was going toward purchasing the loaner bike, but Garcia said a spokesperson with Adaptive Adventures told her Alex was getting a brand new bike.

Amber and Garcia said they hope by sharing their story people will be moved to do kind things for people in their community.