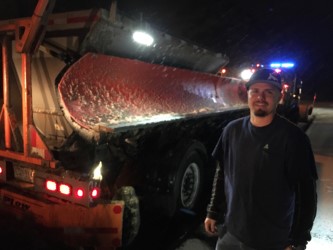 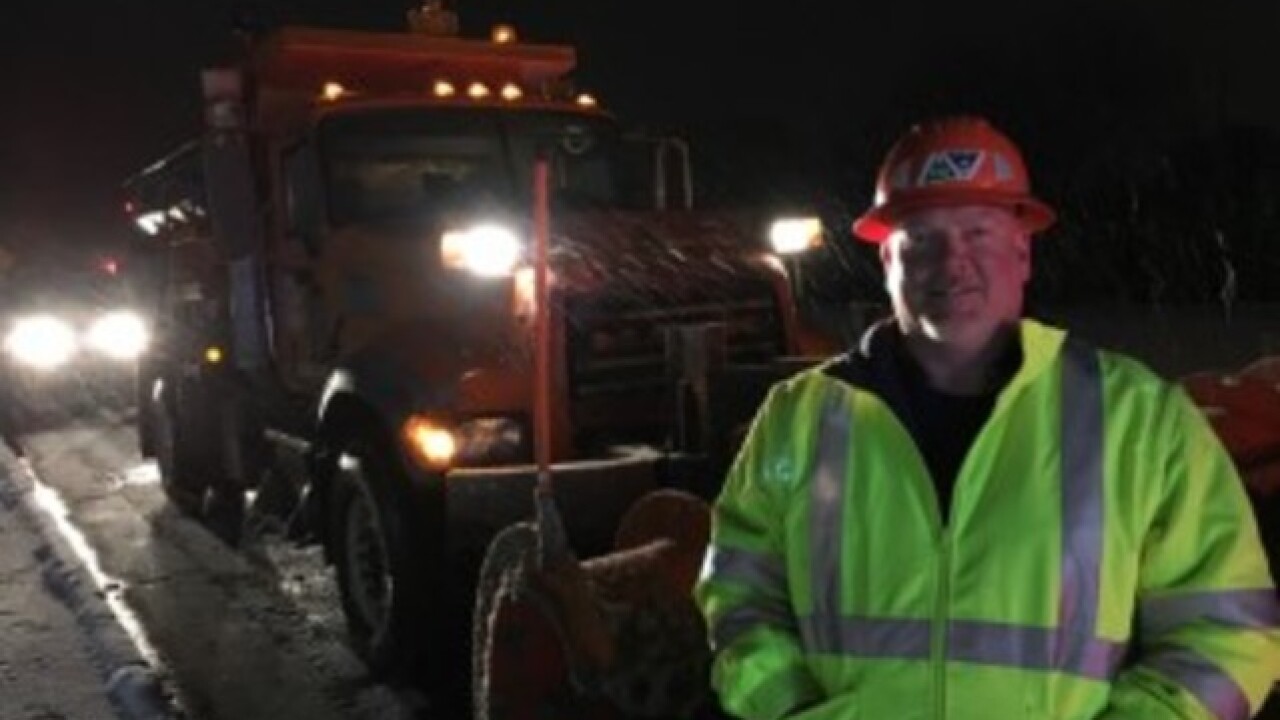 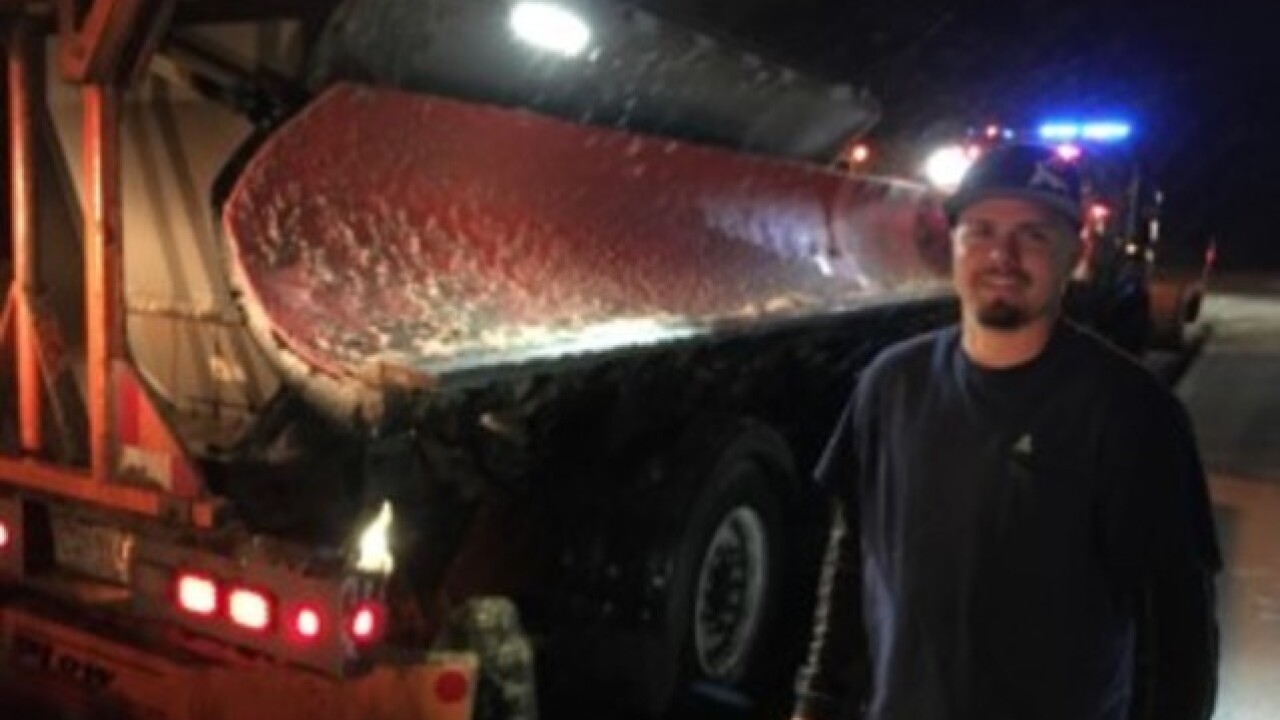 DENVER -- Weekend snow and cold temperatures made for treacherous driving around the Denver Metro area on Sunday.

The roads were littered with varying degrees of crashes and spin-outs.

While Colorado Department of Transportation crews and their city counterparts worked long shifts to keep pavement conditions as safe as possible, Mother Nature threw a monkey wrench into some plans.

Traffic was flowing at normal speeds around 2 p.m. Sunday.  An hour later, a snow squall moved through the area, turning the freeway near Wadsworth Boulevard into an ice rink.

One motorist, driving a Ford pickup, lost control on the ice and slammed into some concrete barricades lining the north side of the freeway.

One of his tires blew, and there was damage to the front fender, bumper and driver’s side running board. The pickup had to be towed away.

The impact threw the barricades out of alignment.

Traffic slowed to a crawl until the accident was cleared and the ice thawed.

“With the setting sun and temperatures dropping, the road temperature cooled dramatically,” he said. “We’d been treating the roads all day, but conditions were optimal for that flash freeze to occur and it happened.”

Whitaker, who drives an extra-long tandem tow plow, said he uses anywhere from 15 to 25 tons of “ice slicer” during his shift.

The tandem tow plow can do the work of two trucks.

Whitaker said the 12-foot plow on the front clears snow and ice from one lane, and the 26-foot tow plow, which swings out to the right, clears another lane.

Lichota said the tandem tow plow angles out from behind the tow truck.

“It looks like it’s jackknifing,” Lichota said. “But it’s not. It gets the job done.”

Whitaker said that on an average night, he'll drive about 340 miles back and forth from I-70 and 6th Avenue to C-470 and Wadsworth over the course of 12 hours.

When asked about the biggest hazard he faces, he said traffic, especially cars trying to get around the trucks.

He sees all kinds of things on the road, like “people spinning out in front of you," he said. Too many of them are in a hurry, he said.

“We frequently find them off the side of the road after they’ve passed us,” he said.

He said he understands that people become upset that the trucks aren't moving fast enough on the roads.

"But at the end of the day, we’re the ones out here trying to keep them safe," he said.

Whitaker said he likes working the night shift because there are fewer people on the road.

“At 1 in the morning, when it’s snowing hard and we’re literally the only people out here, that’s when I think it’s the most enjoyable," he said.  "You don’t have to worry as much. You know you’re doing a good thing for everybody.”

Whitaker said a key takeaway for motorists during a snow storm is to slow down.

“If you see us coming, just stay out of our way and let us do our jobs,” he said.

Late Sunday night, I-25 was slushy and icy in spots. The ramps were snow packed. In Denver, Broadway and South Broadway were snow-packed and very slippery.

Several cars fished-tailed trying to stop at the First and Downing intersection. One car crashed at that location.

Those conditions could portend a treacherous morning commute.