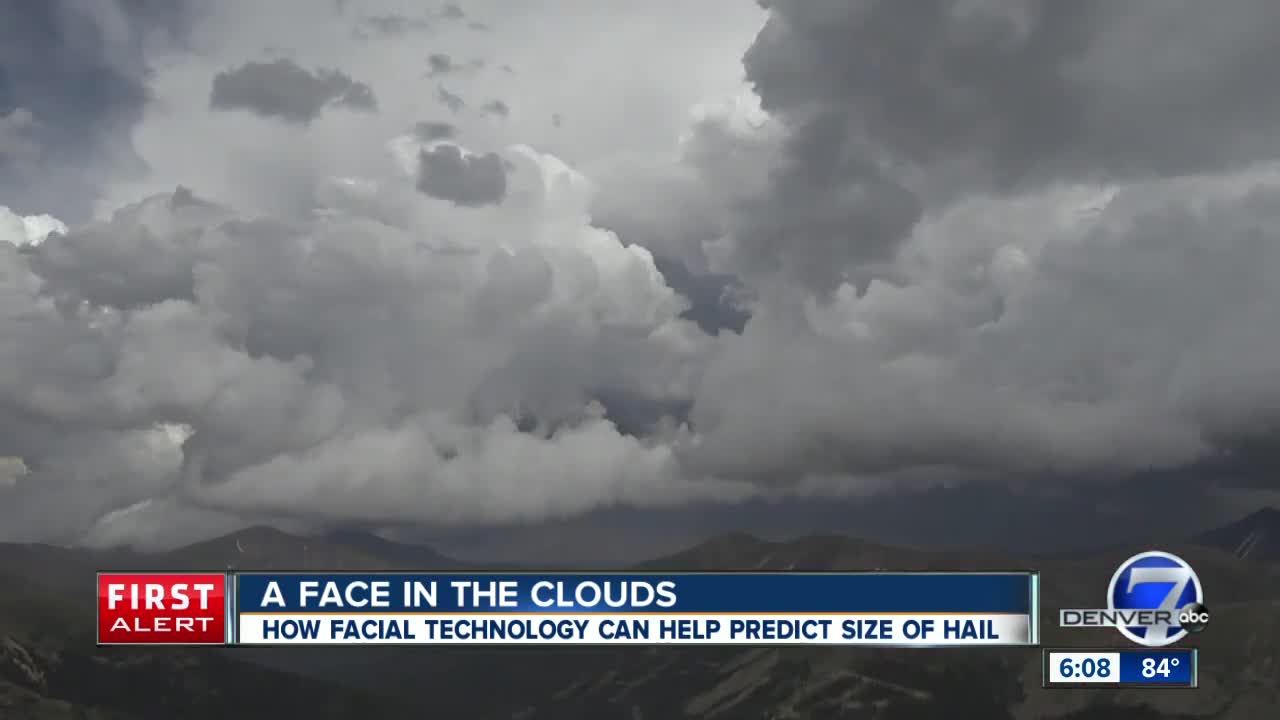 BOULDER, Colo. -- Scientists at the National Center for Atmospheric Research in Boulder are working on new technology to better predict hail storms. It uses the same algorithm as facial recognition software in cell phones to determine which storms could result in hail and how big the hail stones will be.

“This can help forecasters by helping them deal with the large amount of data they receive every single day,” said David John Gagne, a machine learning scientist at NCAR.

In a cell phone, when a user sets up the facial recognition application, the software takes pictures of their face to establish a machine learning model.

“That model will look for patterns in your face to say, 'this face is you and not someone else’s,'” Gagne said.

After that, each time a user tries to unlock their phone, it will take another picture and compare patterns to make sure it’s the same user before granting access.

The idea with this new application to technology is to take the algorithm and apply it to weather patterns.

The algorithm can help detect not only where a hail storm is expected to hit but, to a certain extent, how large the stones are expected to be.

“Hail was a really untapped area for improving predictions,” he said.

Colorado and Wyoming are considered the hail capital of the country. Predicting weather in Colorado is hard to due to the 14,000-foot wall the mountains create that blocks air masses and changes the way winds flow.

This type of technology could help lessen the uncertainty in those predictions to better warn the public about incoming storms, giving them time to take steps to protect themselves and their property.

Based on that data, the model can then look for similar patterns and predict the probability of a hail storm happening.

For now, the technology stops short of predicting if a hail stone will be bigger than a golf ball, though, since these events are rare and there is not enough data on them to establish an accurate pattern.

Gagne has been working on the concept since 2015. The technology can be used to predict these hail storms up between 30 minutes and one day in advance. The further out the hail storm, the more uncertain the prediction will be.

The goal is to better help meteorologists prepare the public for severe storms and possibly cut down on damage costs.

“Hail, in particular, has become a major concern for insurance companies because they have experienced more than $10 billion in losses per year every year since 2008,” Gagne said. “If this tool can help make better decisions, then you might see your lower insurance losses and then also hopefully lower insurance premiums.”

Eventually, the researchers would like to take this technology beyond hail storms to be able to apply it to predicting tornadoes, hurricanes, snow, lightning, flooding and more.

“These are really exciting times. Machine learning is just exploding in the both the scientific community and in the general public. I’m really excited to see where the research goes,” Gagne said.