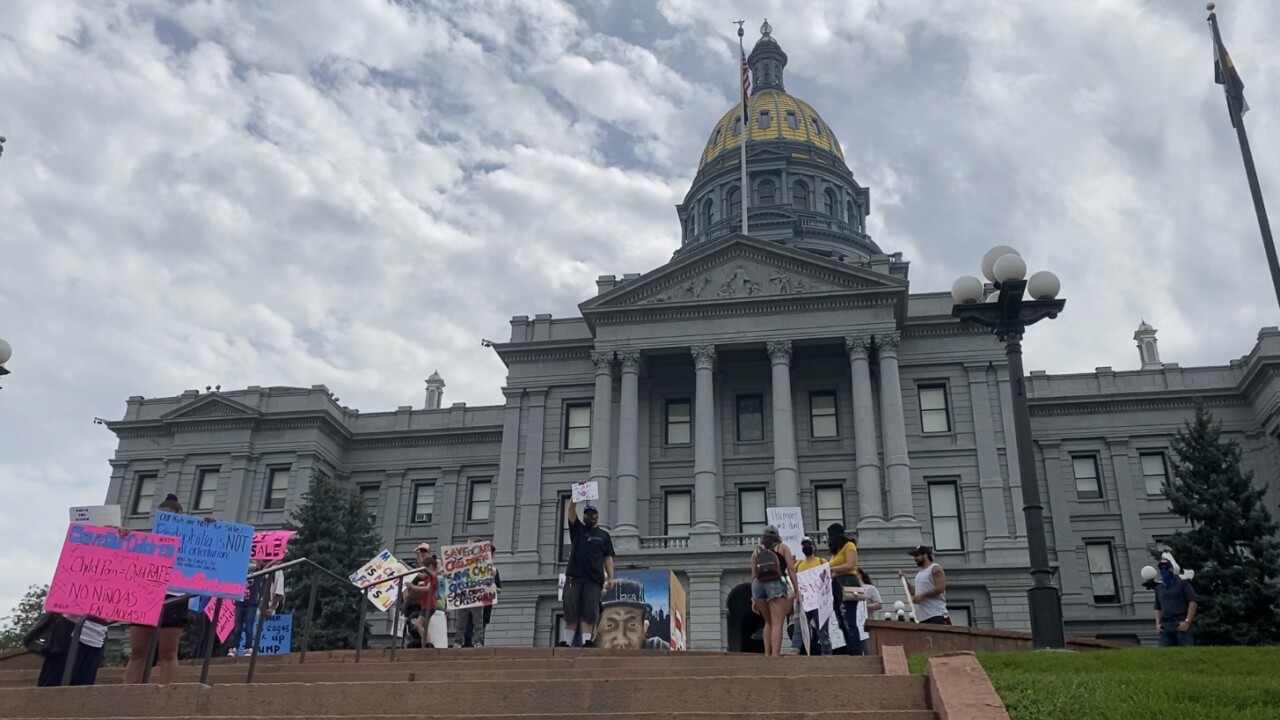 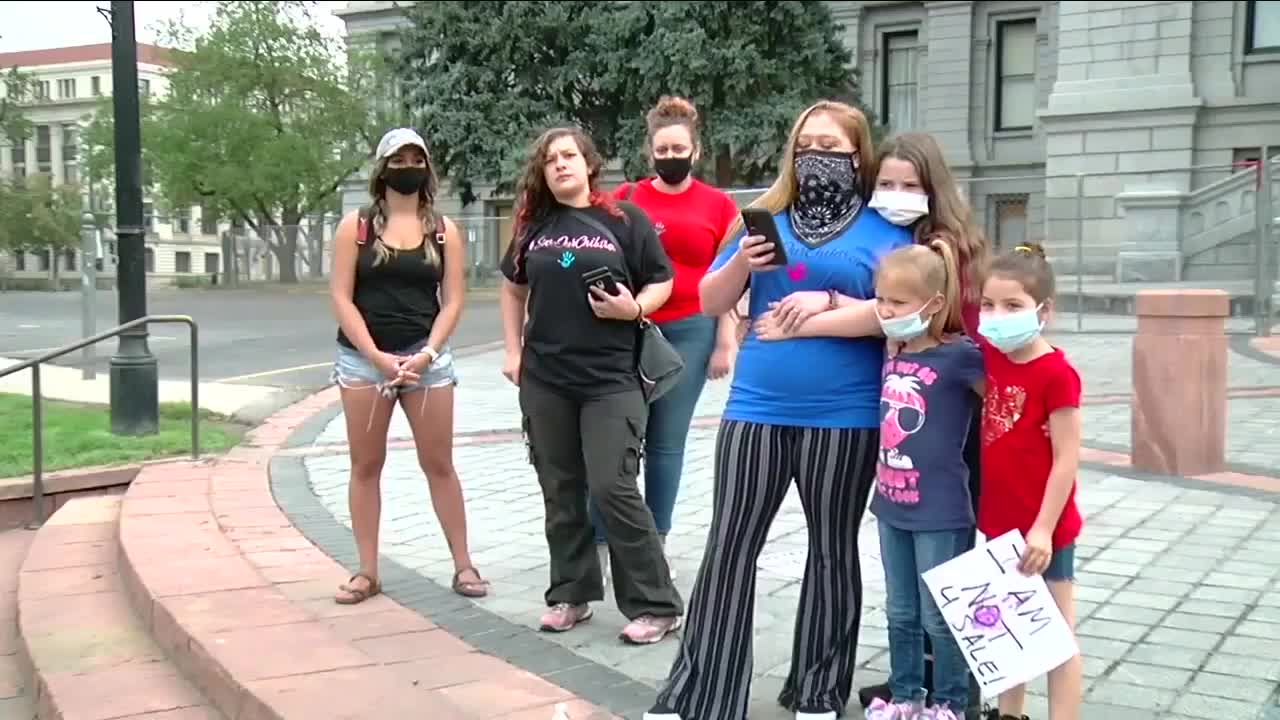 DENVER -- "Save Our Children" read several signs held by a few dozen protesters on Saturday at the steps of Colorado's capitol in Denver. The message appeared simple enough.

"We are here to end human trafficking," explained Jacob Sledge, who organized the Save Our Children rally. "We are also here to make reforming laws against pedophiles."

Speeches and action calls from Sledge and other marchers made clear their alleged intentions. "We are here today to share survivor stories, to give them support from each other, and to let the abusers know we are not scared anymore" explained a protester ahead of a survivor sharing her heartbreaking story of abuse.

Sledge made another thing clear, "we are not affiliated with QAnon."

QAnon is a baseless, far-right conspiracy theory alleging that a cabal of demonic pedophiles is waging an underground war against President Donald Trump. It has gained significant traction among conspiracy websites like 4Chan. The theory has been identified by the FBI as a potential source of domestic terrorism.

Though the organizer denied ties to the conspiracy theory, signs and posters held by protesters hinted at support for similar ideas. The signs at the protest alleged prominent Democratic politicians are engaged in a secret pedophile ring.

When asked if this rally had QAnon ties, one protester responded "possibly. It is hard to say right now."

"You have to do your own research and know your own facts and decide for yourself," explained protester Carrie Lucero.

The Facebook page tied to the 'Save Our Children' rally in Denver contains numerous conspiracies and allegations related to the QAnon theory. Posts on the page allege media complicity in pedophile rings, spread unfounded conspiracies about the involvement of celebrities and corporations in those rings, and call for violence saying "dead pedophiles don't re-offend."

Denver is not the first city to see rallies with close ties or related themes connected to QAnon. Rallies, under the banner "Save Our Children" and "Save the Children" have sprouted across the country and world. The esoteric 'Q' symbol, which shows support for the theory, has also appeared at Trump rallies and conservative protests since the idea gained traction.

President Trump has hinted support for followers of the theory, sharing several tweets from QAnon accounts that were later accused of antisemitism. He also said in a press conference this year that QAnon followers are his fans, and that they "love our country."

The rally demonstrated the difficulty in separating the uplifting message of concern for the safety of children from the toxicity of unsubstantiated conspiracy theories peddled online.

Before the demonstrators marched to various media outlets promoting their cause, a survivor shared her harrowing story.

"I am one in four and I will not be silent like those before me," she said with tears in her eyes. Statistics show that one in four children is sexually abused. "We are here today to take the first steps in to truly saving our children."