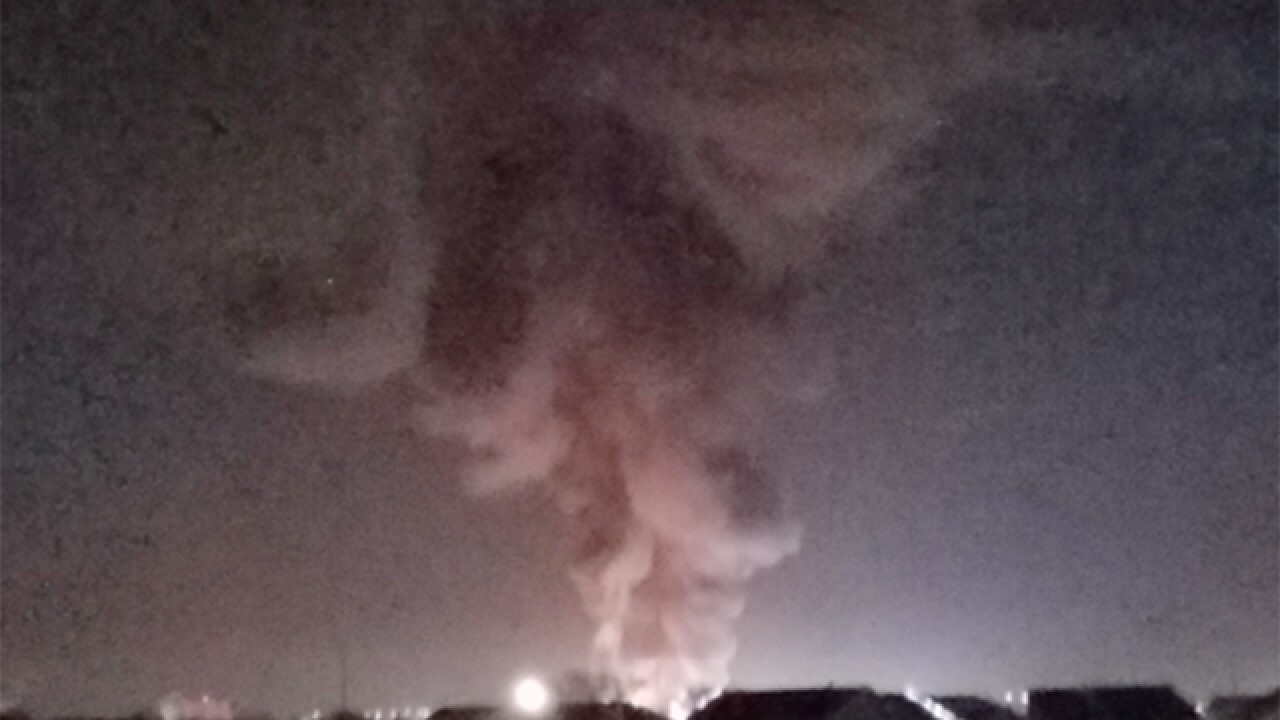 Copyright 2017 Scripps Media, Inc. All rights reserved. This material may not be published, broadcast, rewritten, or redistributed.
<p>A worker was injured following an explosion at an oil site near the town of Windsor Friday evening. (Photo courtesy: Scott Ficarra) </p> 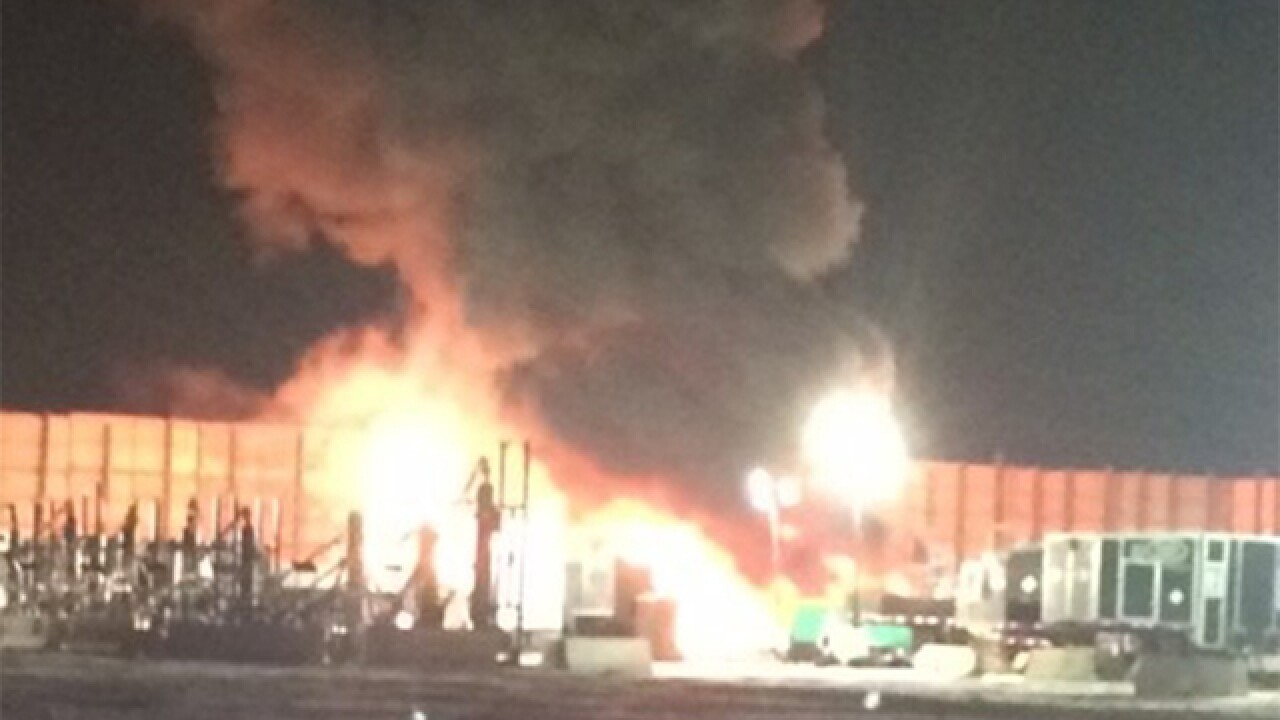 WELD COUNTY, Colo. – A person working in an oil site near the town of Windsor Friday evening was injured following an explosion in the area, according to a spokesperson with the Weld County Sheriff's Office.

"It sounded like somebody ran in the side of our house and it woke our kids up," said Windsor resident Cory Andrews.

Deputies were dispatched to the area of Highway 392 and Weld County Road 21 at approximately 8:46 p.m. after getting reports of the oil site fire.

Once deputies arrived, they found the site from Extraction Oil and Gas was on fire and one worker was injured as a result of the explosion, according to Weld County Sheriff's Office spokesman Francisco Saucedo.

That worker was taken to Northern Colorado Medical Center in Greeley for treatment. The condition of the worker is unknown at this time.

"Preliminary information suggests that this was an industrial accident, and the scene is being turned over to Windsor Fire for further investigation," Saucedo said in a press release.

AIRTRACKER7 flew over the scene of the oil site fire Friday evening. Check it out below:

“We can confirm that a fire occurred late yesterday evening at one of our locations in Weld County, Colorado, and was contained not long after it occurred. Regrettably, an individual working onsite was injured at the onset and was taken to a local hospital. He is recovering in stable condition and our thoughts are with him for a speedy recovery. We will provide further updates as they become available.”

The Windsor Severance Fire Rescue tweeted late Saturday afternoon that they had cleared the oil well scene and the investigation into the accident was now beginning.

Anyone with information regarding this or any other crime is asked to call the Weld County Sheriff’s Office at 970-356-4015.