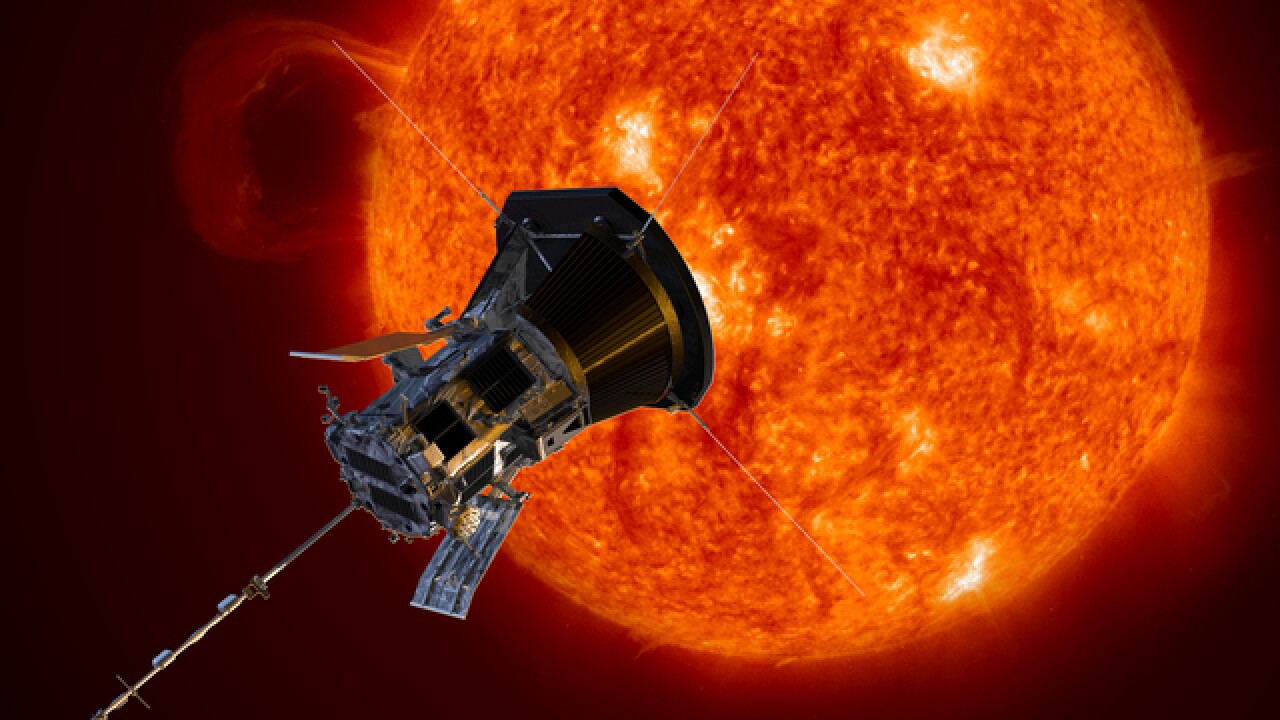 BOULDER, Colo. — At top speed, it will be the fastest object created by humankind. And it’s going somewhere scientists have only wondered about.

Robert Ergun and David Malaspina with the University of Colorado in Boulder are just two of the many people involved in the design, creation and liftoff of the Parker Solar Probe, which launched Sunday morning for a historic journey to the sun.

The probe, which is the size of a small car, is currently moving about 40,000 mph, but that’s nothing compared to its max speed, Ergun said. During one of its 24 passes by the sun, it will reach 430,000 mph, according to NASA.

“This will be the fastest manmade object ever,” Ergun said.

It will come within about 3.8 million miles of the sun.

“This is a very daring mission,” he said. “They call it risky, daring, bold. It really is. The way to describe it best, I’ve heard, is if you put the Earth on one goal line and you put the sun on the other goal line. The solar probe launches from the Earth and goes all the way down to the 4-yard line in front of the sun. That’s 96 percent of the way to the sun. Imagine how close that is.”

Ergun is a professor at CU’s Department of Astrophysical and Planetary Sciences and Laboratory for Atmospheric and Space Physics. He said CU contributed to the mission in 2010 in two major ways.

First, he worked on a design and feasibility study alongside staff at the University of California at Berkeley to address some of the main concerns of the mission. The team explored aspects of the mission ranging from how the spacecraft’s antennas could withstand the extreme heat to how that environment could affect the desired measurements, Ergun said. Plus, the speed of the spacecraft will create a vacuum in space, which presents other questions about the mission.

Second, Ergun worked on what he calls the “brains” of the electric and magnetic field instrument. It will need to sift through measurements and select which sets of data to send back to Earth. It will take a month or two for scientists to get their hands on that information, he said, comparing it to downloading a picture from a very old AOL email account.

Communication between the spacecraft and Earth will be challenging, he said.

Ergun said this mission should answer some long-standing questions scientists have about the sun, most notably why the corona, or outermost layer of the sun, is more than 2 million degrees when the surface is about 10,000 degrees.

“Why is the corona so hot?” he said. “The heat is coming from the sun to the corona. Usually, the heat goes from a hot to a cold object, not from a cold to a hot.”

Malaspina, who works in CU’s Laboratory for Atmospheric and Space Physics, recently returned from Baltimore while monitoring the switch to turn on some of the probe’s instruments remotely. He said the spacecraft will detect physical matter in the form of electrons and ions, measure electric and magnetic fields, collect information on photons and then will send the data collected back to Earth.

The spacecraft will reach the sun for the first time in early November, according to NASA. The mission will also help researchers improve their forecasts of weather in space, which could potentially damage satellites and harm astronauts.