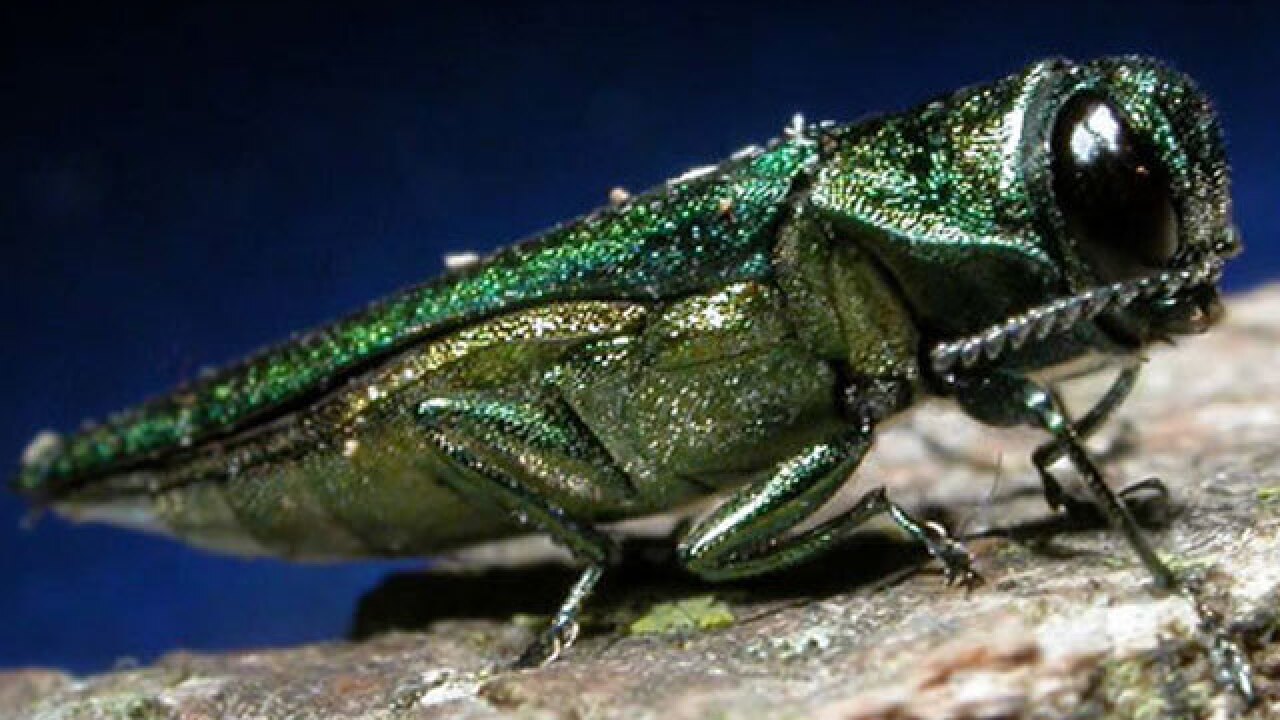 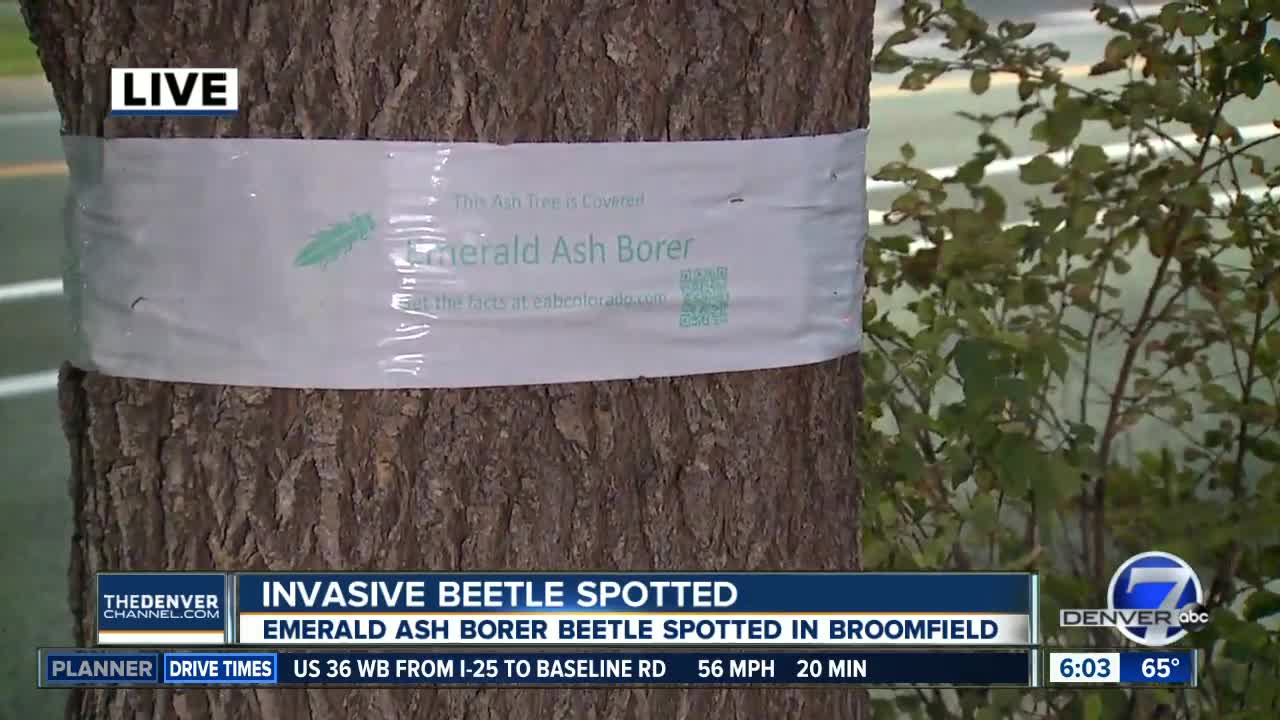 BROOMFIELD, Colo. – Experts have discovered the emerald ash borer in Broomfield – outside of the federal quarantine zone that sits primarily in Boulder County – and say they had been planning to repeal the quarantine this winter because data show that quarantines do not necessarily prevent the spread of the invasive beetle.

The discovery of the emerald ash borer in Broomfield – at a location near 136th Ave. and Main Street – is the first confirmed discovery of the pest outside of the quarantine zone that was established in 2013 and includes Boulder, Gunbarrel, Longmont, Lafayette, Lyons and Superior, according to the city of Broomfield and Colorado State Forest Service.

They said that a person living in Broomfield noticed the borer on their property and contacted the city’s forester, who collected the beetle. Testing done by the Colorado Department of Agriculture and Colorado State University confirmed it was an emerald ash borer, and a second test done by a national expert on the invasive pests in Michigan again confirmed that was the case.

It is unclear how the borer found in Broomfield got there – whether it arrived naturally from the nearby quarantine zone or was transported accidentally via humans.

“Populations of the insect are capable of spreading a half-mile each year on their own, and Broomfield is near other EAB detections,” according to a news release from the State Forest Service and Broomfield.

The emerald ash borer has terrorized some Colorado trees – about 15% of which are ash species statewide. It is native to Asia and kills the trees by laying its eggs within the bark, after which the larvae feed on the tree. Trees can die within 2 to 4 years of becoming infested, officials say.

But the officials said Tuesday that no trees were found to be infested in Broomfield and the quarantine boundaries would not be changing “at this time” because U.S. Department of Agriculture’s Animal and Plant Health Inspection Service (APHIS) rules require symptomatic trees to be found in order for the boundaries to change.

That being said, the state Department of Agriculture and APHIS said that prior to the discovery in Broomfield, they had been preparing to repeal the quarantine this winter. The reasons, they said, was because the spread of the pests is “imminent”; there have been new options put in place to fight the spread of the borer; and the state says that ending the quarantine would allow the Boulder County communities more options for disposing of and managing infested trees.

“The primary purpose of this quarantine has been to slow the spread of EAB in Colorado, and we believe this is one reason it’s taken so long for the pest to be confirmed outside Boulder County, said Laura Pottorff, the lead member of the Colorado EAB Response Team. “Based on recent data from the eastern U.S., our expectation is that EAB cannot be prevented from leaving the quarantine. We’re just glad we’ve given Front Range communities more time to better plan and prepare for its arrival.”

Broomfield has been working to mitigate the possible spread of the emerald ash borers since 2016, when the city had about 2,900 ash trees on public land – about 10% of the total public tree population in the city-county. But over the past three years, it reduced that population to 1,500 trees and has treated more than 900 ash trees identified as “high-value” trees. The city has also planted about 900 non-ash trees to replace the ones that were removed.

The state has a site dedicated to informing residents about the emerald ash borer, how to identify it and how to stop it from spreading to your area or others. Click here for more information.