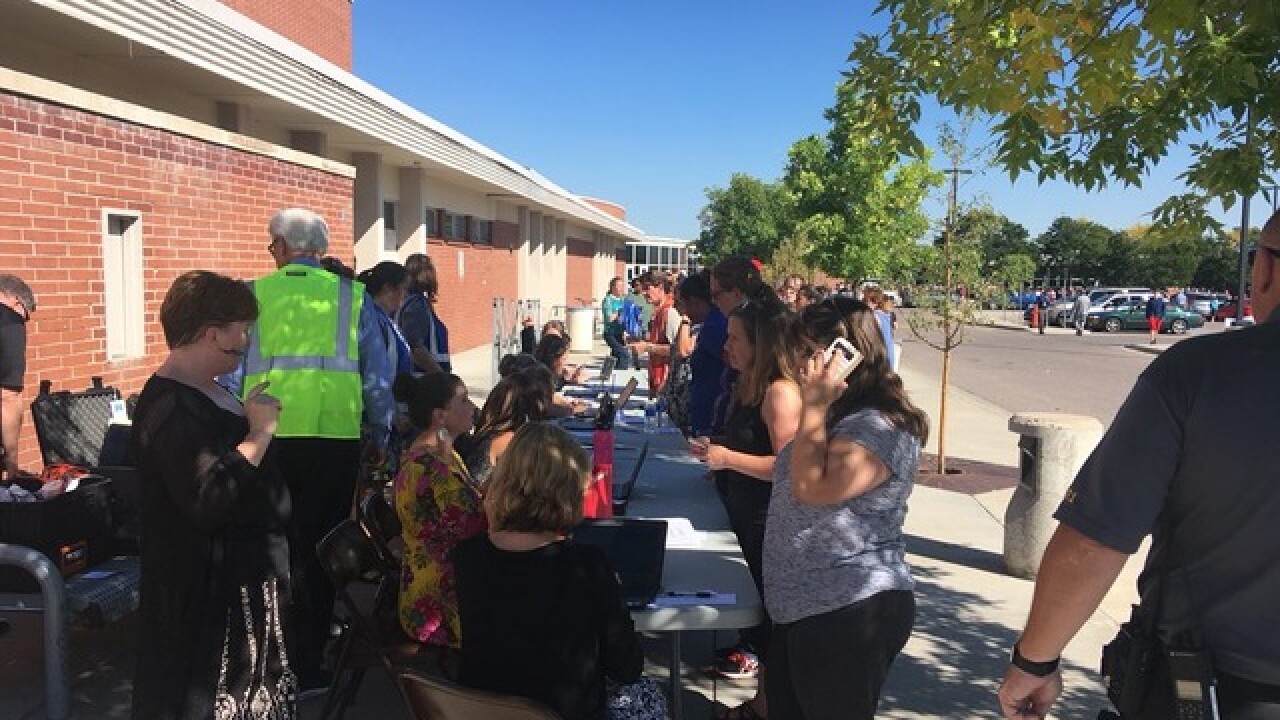 Jeffco Schools Dept. of School Safety
<p>Parents line up to pick up their children after the smell of gasoline at Everitt Middle School forced an evacuation Tuesday. </p>

WHEAT RIDGE, Colo. — Classes were cancelled after a middle school in Wheat Ridge was evacuated Tuesday due to the smell of gasoline.

Students and staff at Everitt Middle School on Kipling Street moved to Wheat Ridge High School a few blocks away after they noticed a strong smell of gasoline Tuesday morning.

City of Wheat Ridge Spokesperson Sara Spaulding said the smell was coming from gasoline tanks at a gas station construction site across the street from the middle school. The smell got into the school’s HVAC units, she said.

While the air quality was deemed safe, fire crews and school officials decided to move students to the high school and cancel classes for the day, Spaulding said.

There are no other evacuations in the area.

The company that owns the gasoline tank was notified and is working to fix the issue, Spaulding said.

Diana Wilson with Jeffco Public Schools said it was a tough decision to cancel classes, but she did not want students and staff returning to the building with the number of headaches reported.

Parents will need to bring their IDs to pick up their students, she said.