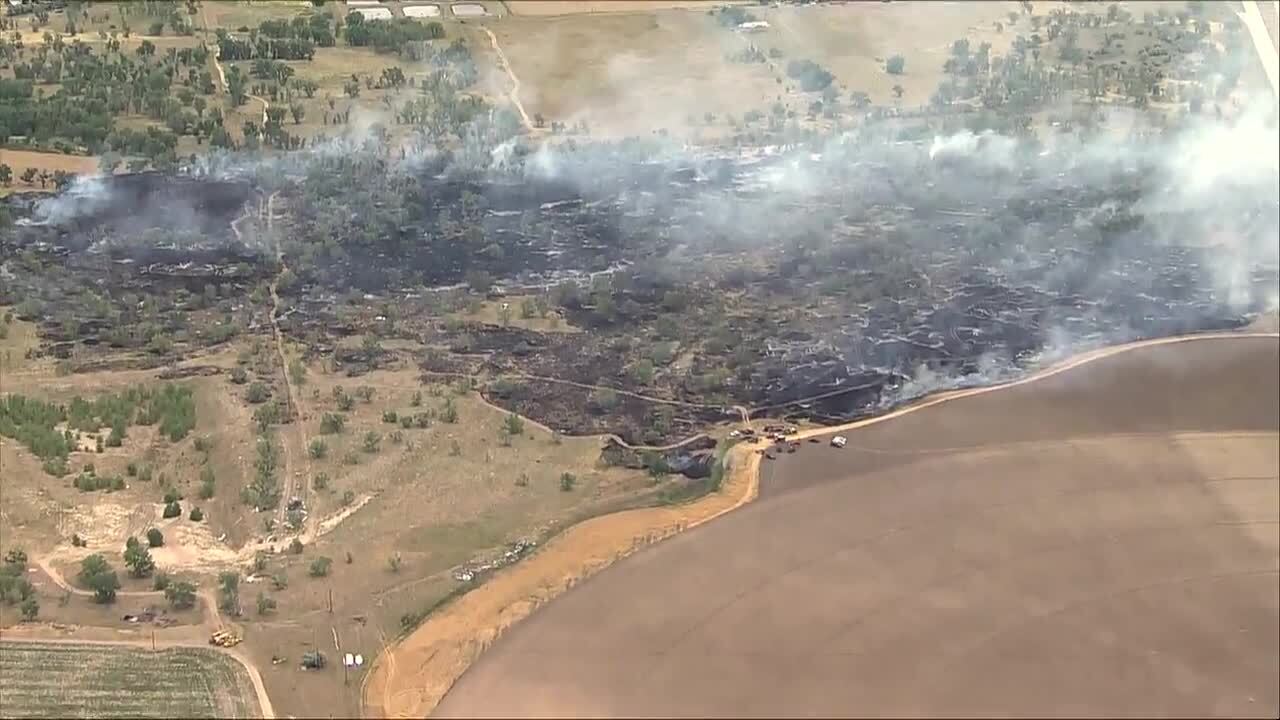 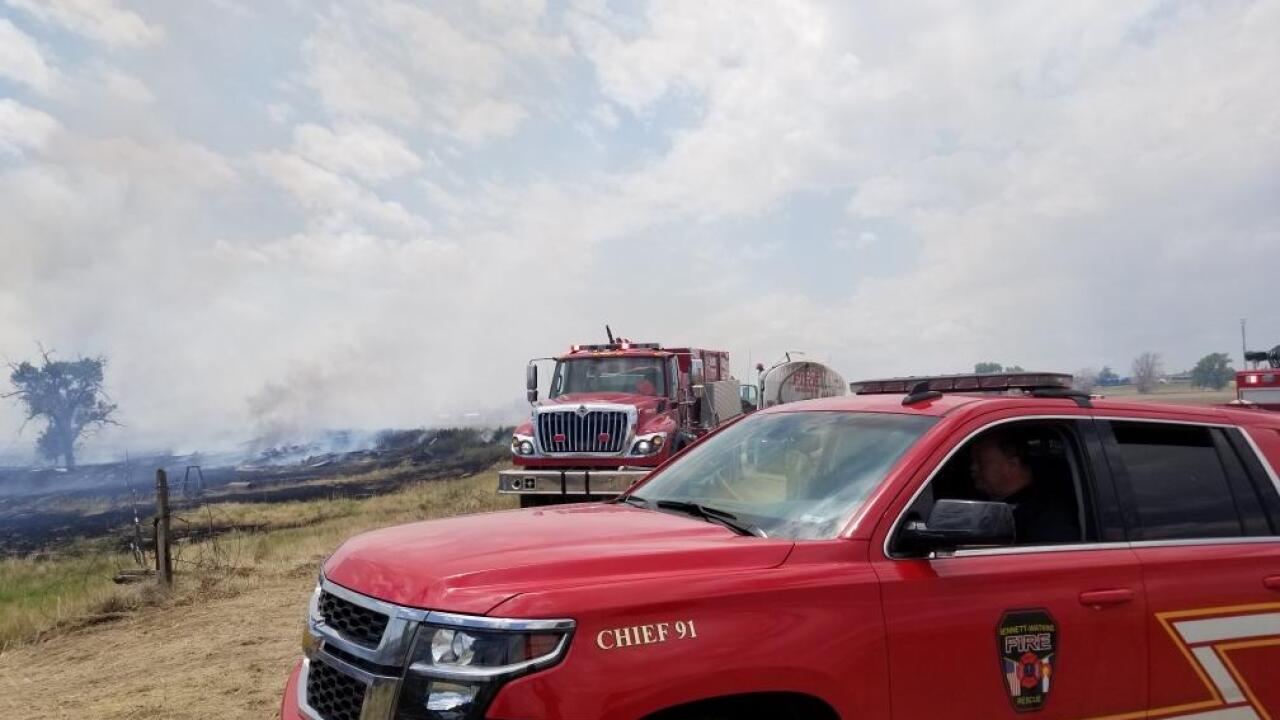 BYERS, Colo. – Evacuation orders were lifted for residents of a mobile home park in Byers that were evacuated Tuesday afternoon because of a wildfire that burned 96 acres of land, according to the Arapahoe County Sheriff’s Office.

The brush fire started around noon Tuesday, according to officials, near County Road 173 and Interstate 70 in Byers. More than 100 residents of the Royal Mobile Home Park were ordered to evacuate because of the wildfire, and I-70 was shut down while crews battled the flames.

Around 3:20 p.m., the sheriff’s office said that the fire burned 96 acres but that no structures were lost. It said that there was still “a lot of smoke and wind” in the area and that firefighters would watch the fire closely to be sure there were no flare-ups.

The Arapahoe County Wildland Fire Team is working with other jurisdictions, including Byers Fire District, South Metro Fire Rescue, and Bennett-Watkins Fire Rescue District, among others.