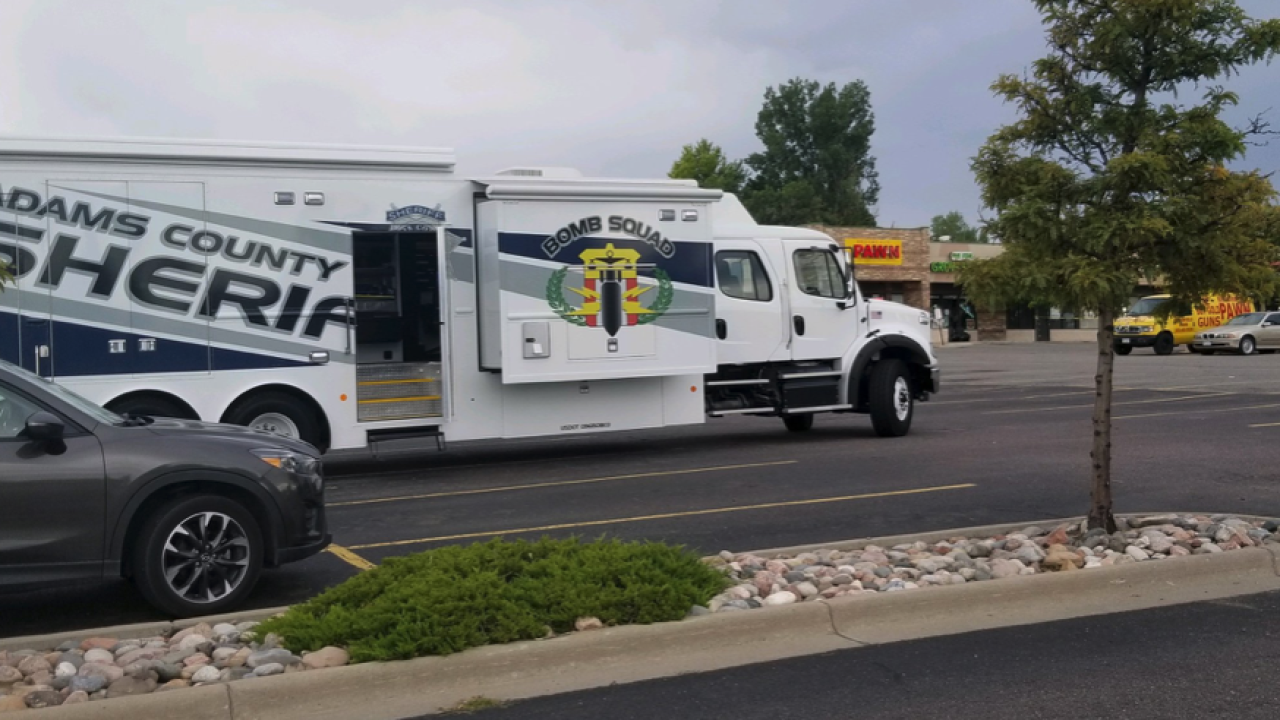 Police were called around 4:15 p.m. to a pawn shop near West 120th Avenue and Main Street, Broomfield police tweeted.

At around 4:15 this afternoon a resident dropped off what appeared to be a large military shell casing at the Broomfield Pawn near 120th and Main. For precautionary reasons the Adams County Bomb Squad has been called in for assistance to check the safety of the item.

As a precautionary measure, the Adams County bomb squad was called to determine the safety of the item and surrounding businesses were evacuated.

Police later said the item contained no explosives and the "all clear" was given.