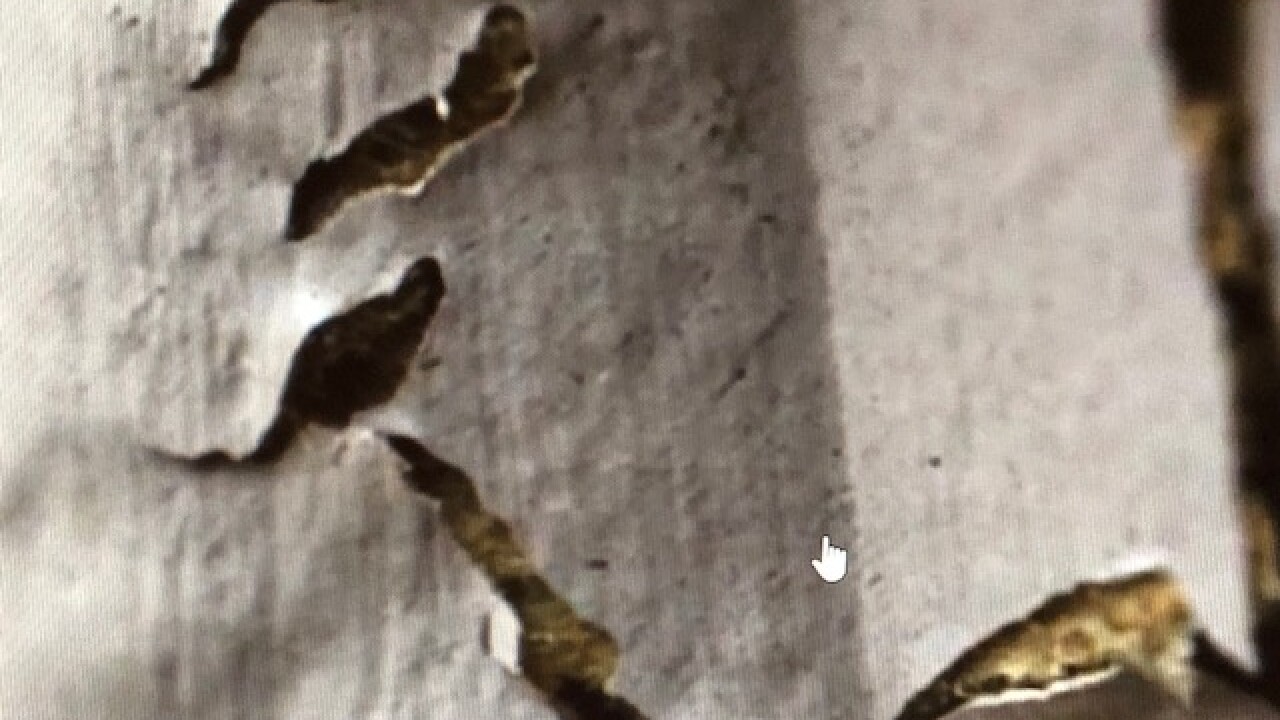 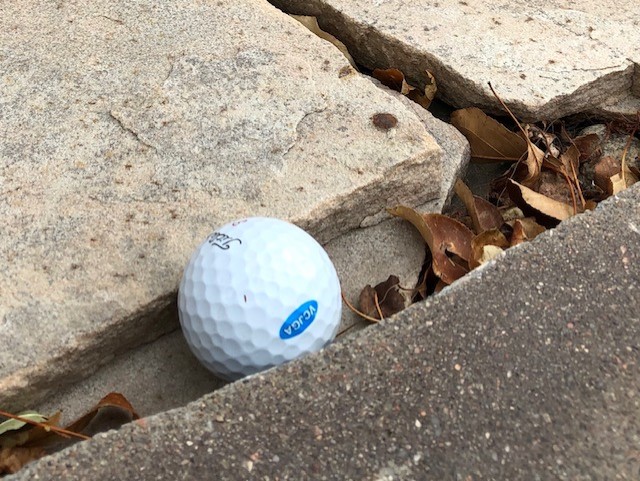 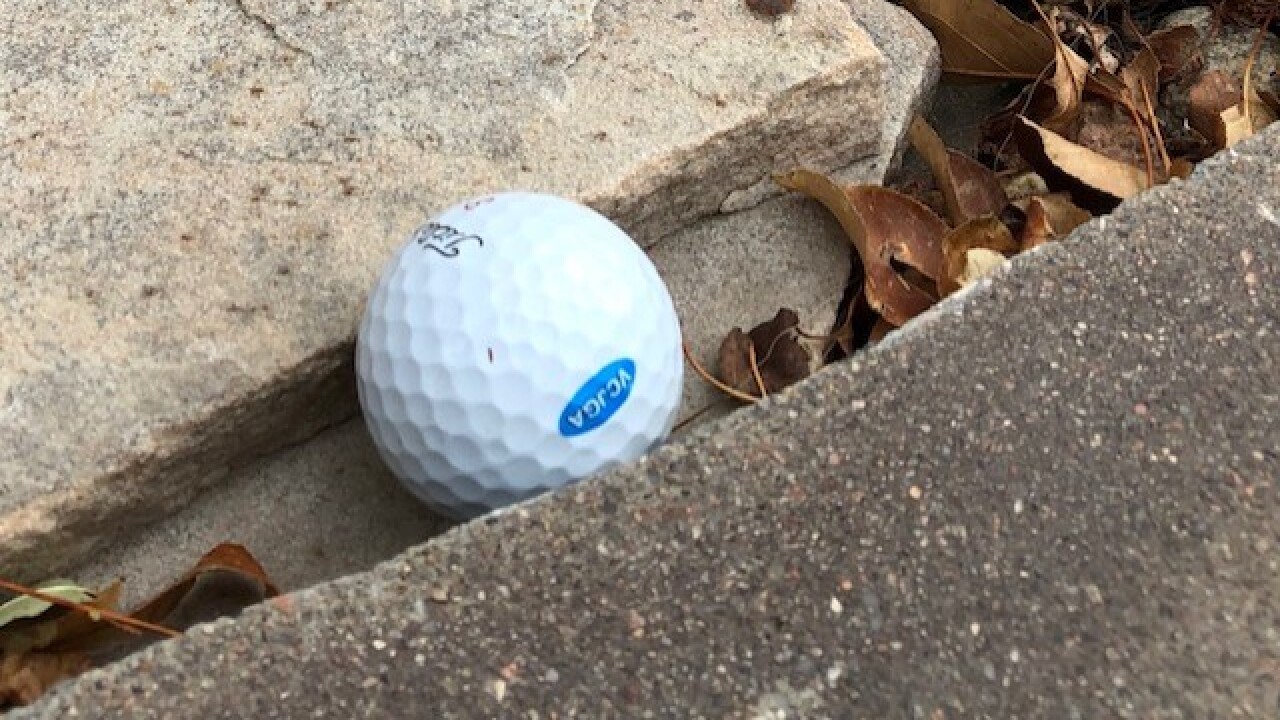 Carmen Molatch says that has been happening more and more frequently.

Ms. Molatch purchased her home in the Saddle Rock Golf Club back in 2001.

Molatch added that when she first purchased the home, there weren't any problems, but as Aurora has grown and more people have taken up golf, it has become an issue.

She said she was working at her computer one day, when a golf ball crashed through the window and hit the computer screen.

She said she jumped.

She said the additional damage, circle dents in the stucco siding and garage doors, has yet to be repaired.

"I understand the risk living on a golf course," she said. "However, I expect a golfer to come up to my house and say, 'Listen, I just broke the window. How much is it?"

She said that's only happened once in 18 years.

Molatch told Denver7 that most of the time, when she hears a golf ball crash against her house, or break a window, she'll run outside to talk to the golfer responsible.

She said it doesn't end well.

"They start name calling, basically telling me, well 'you live on the golf course. It's your own risk,'" she said.

Molatch's neighbor, Christine Foulem, said she has seen golf balls fly over the roofs of nearby homes and bounce onto the street.

"One came down, hit a car, bounced over and hit the other car," she said.

When asked why she selected her home, she replied, "We bought it because it was on the golf course. It's beautiful, and there's nobody behind us, but it gets scary in the back yard."

She walked the Denver7 news crew into the back yard and counted 13 dents on her siding.

She explained that her windows were covered with plexiglass, to prevent more damage.

Some neighbors are sympathetic to Molatch. Others less so.

"If you move onto a golf course and you're upset about the golf balls...you should have thought about that before you signed the agreement," said David Gargin, who lives up the street.

Neighbor Bruce Adams said there is a risk to living on a golf course, but he added, there is also a responsibility involved in playing on one.

"I've played at a golf course where (the ball) went onto the road, bounced and hit a windshield, and broke it," he said. "I went over there and said, 'my bad.'"

He said he paid for the damage.

Adams told Denver7 that golfing is a gentleman's sport.

"You should play by the rules. It's on you. You can cheat, or you can be ethical and do the right thing," he said.

Adams said it's no diffeent that having a fender bender in a privately owned parking lot.

He said if you back into someone else's car, you are responsible for the damage.

Saddle Rock Golf Course is a city-owned course in Aurora.

A city spokesman said, damage to a person or private property caused by a golfer's errant shot is an issue between the golfer and the other party.

Each scorecard makes mention of that.

Michael Bryant said most homeowners have signed a waiver stating they live along a golf course.

He added, "We would hope that (golfers) would step forward and make sure they follow through," if they cause damage.