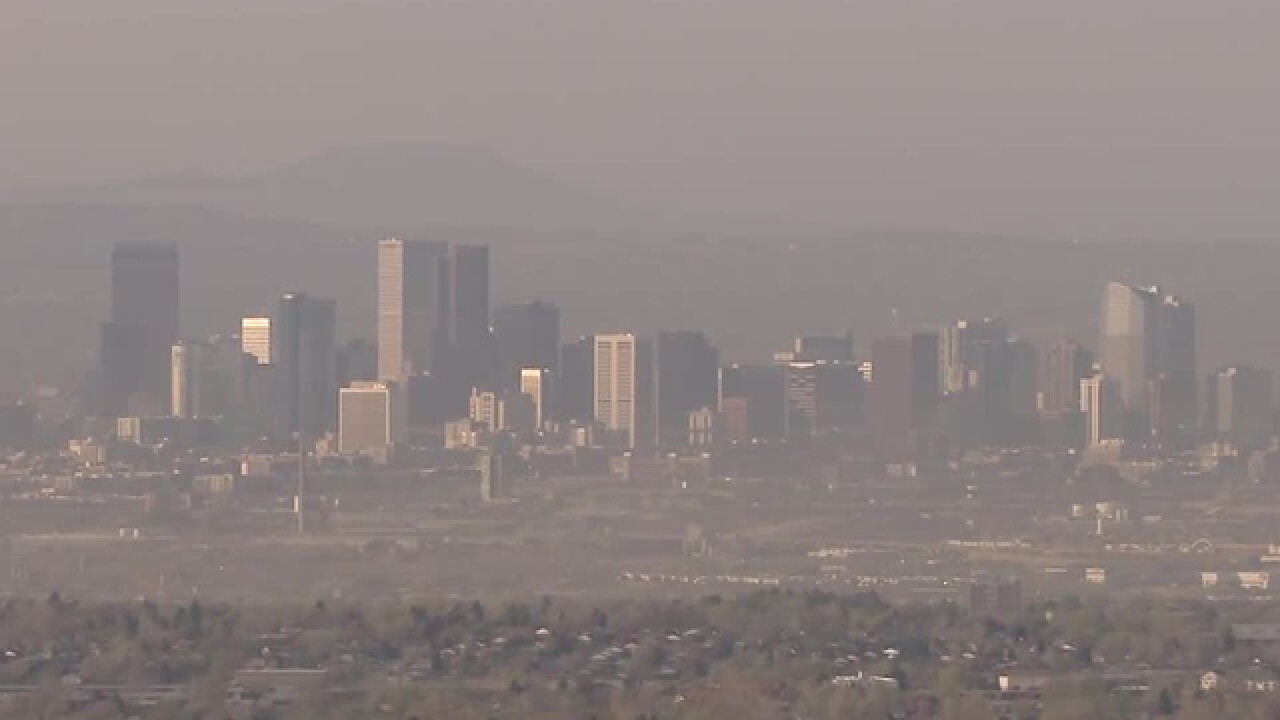 DENVER — Members of the Environmental Protection Agency held a public hearing in downtown Denver Friday as it mulls the possibility of reclassifying the ozone rating within the state's population hub. That designation includes the city of Denver and surrounding counties.

State leaders could end up changing the ozone rating from “moderate” to “serious” and have asked that to be done. In a nutshell, that would mean polluters in the state would be forced to comply with stricter regulations in order for the state to meet the guidelines of the Clean Air Act.

"This action will save lives," said one speaker during the Friday hearing. "It will save people from suffering from adverse health outcomes.”

Gov. Jared Polis is in favor of changing the rating. In August he said making the change would force the state of Colorado to make more aggressive moves at curbing the air quality problem across the Front Range. He recently chose not to renew waivers which gave the state an exemption from federal air quality standards.

The EPA says two of the biggest polluters in Colorado are cars and oil and gas. Weld County is full of drilling sites. Oil and gas advocates argue that oil companies always work to be in compliance with federal regulations and that changing the ozone rating will be more detrimental than beneficial for companies and the economy as a whole.

"The additional hoops that they [businesses] would have to go through to be able to conduct their daily business would in of itself be harmful to the economy and would cost jobs," said Weld County Commissioner Scott James.

Colorado Oil and Gas Association spokesman Scott Prestidge said he believes the majority of emissions are coming from outside the state into Colorado.

“That means Colorado-based emissions only make up a small portion of the total, and regulators, businesses, and individuals all have to be thoughtful in what we can do to realistically improve our air quality while facing this unique challenge,” he said.

"Do I agree with Governor Polis in the fact that he says we should aggressively pursue lowering our air quality and lowering that standard and getting to that attainment? Absolutely," said Kirkmeyer. "Do I agree that we should hold back progress with a bunch of bureaucratic morass? No, I do not," she said.

The EPA will allow public comment through mid-September before making a decision on the ozone designation.