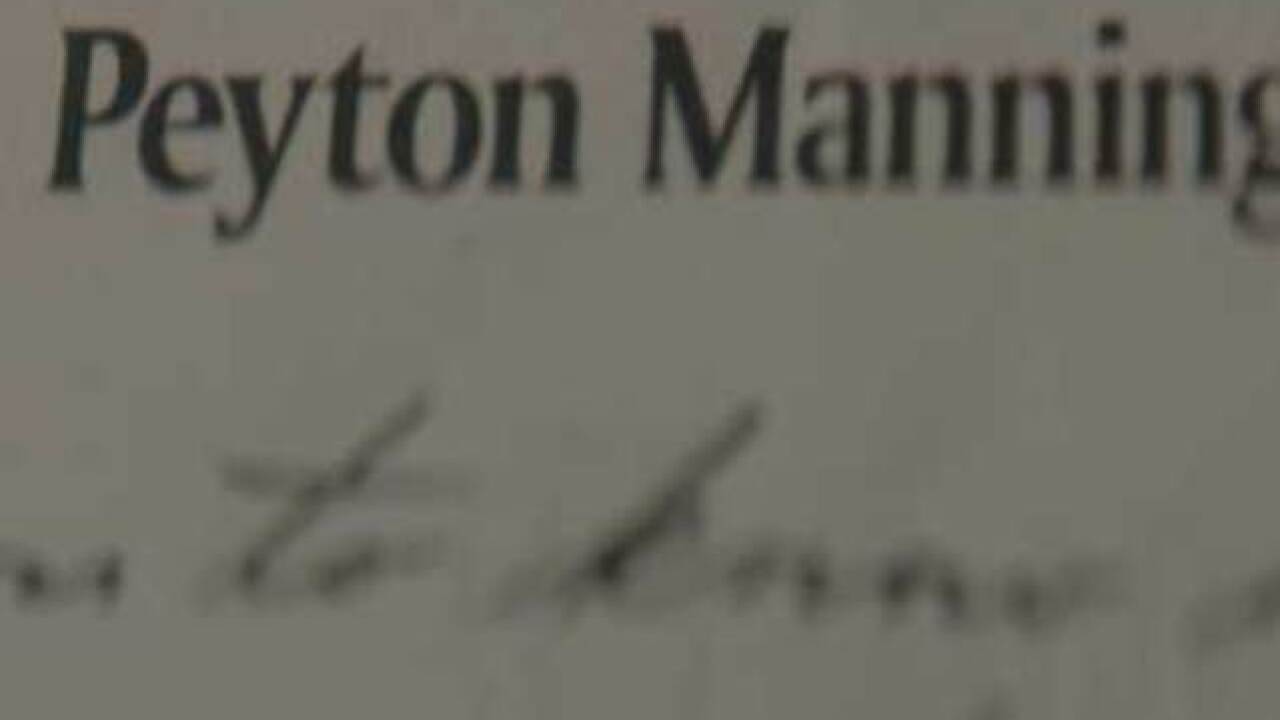 Former Denver Broncos quarterback Peyton Manning is well known for his talent on the field, but teammates, family, friends and some fans know Manning as a letter writer.

"Most people don't know this about Peyton, but I think he really does enjoy kind of sitting down and putting pen to paper," Peyton's dad Archie Manning said.

Manning writes heartfelt, thank you letters to teammates and condolence and support letters to fans and community members.

Some of the letters have become public over time, but many have not, until now.

Gatorade has created a series of videos featuring some of those letter recipients reading the letters.

"We've had a wonderful seven years together," Indianapolis coach Tony Dungy reads from his letter.

"It's been an honor to have called you a teammate for 13 years," former Indianapolis Colts center Jeff Saturday reads from the letter he got after he retired. "To play as long as you did, and at such a high level, is incredible."

"It was an honor to play with you in Indy, and again in Denver," reads former wide receiver Brandon Stokely.

The letter readers include Peyton's brother Eli reading the letter Peyton wrote after Eli was drafted.

There's the letter Peyton wrote a couple after their young son died.

"He writes to anybody who he feels he can lift their spirits, or someone he wants to say thank you," Eli Manning said.