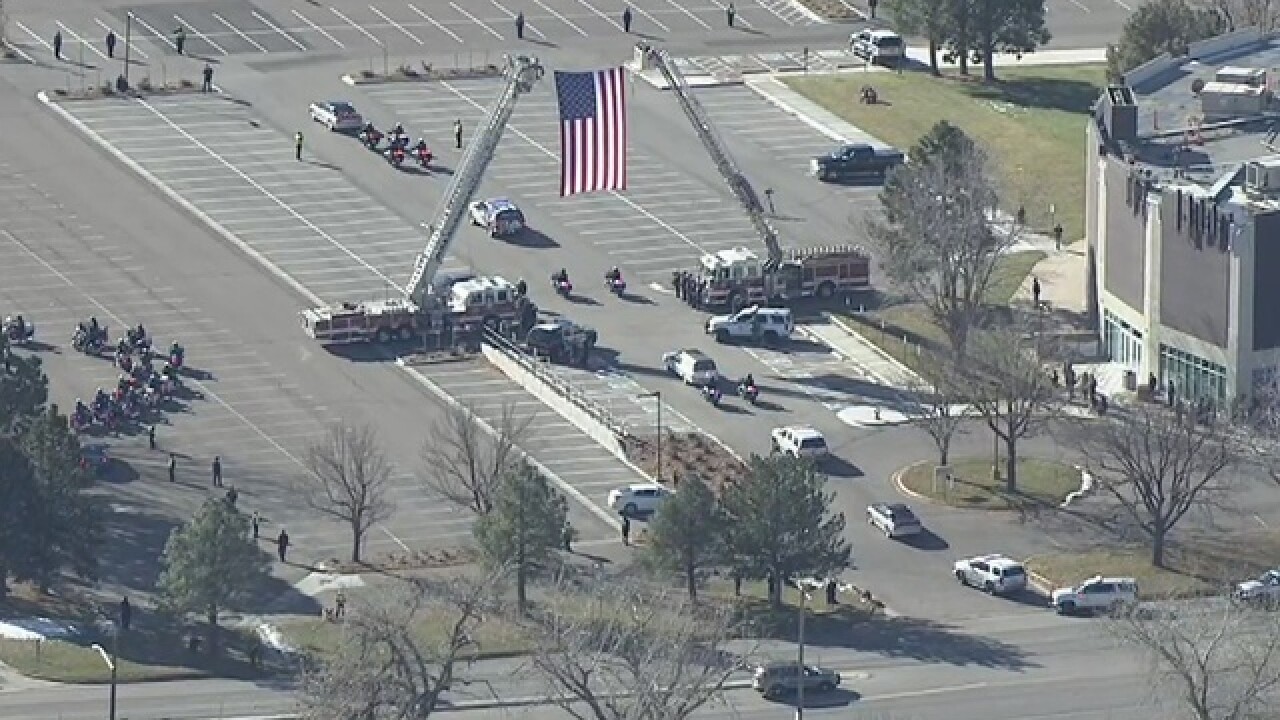 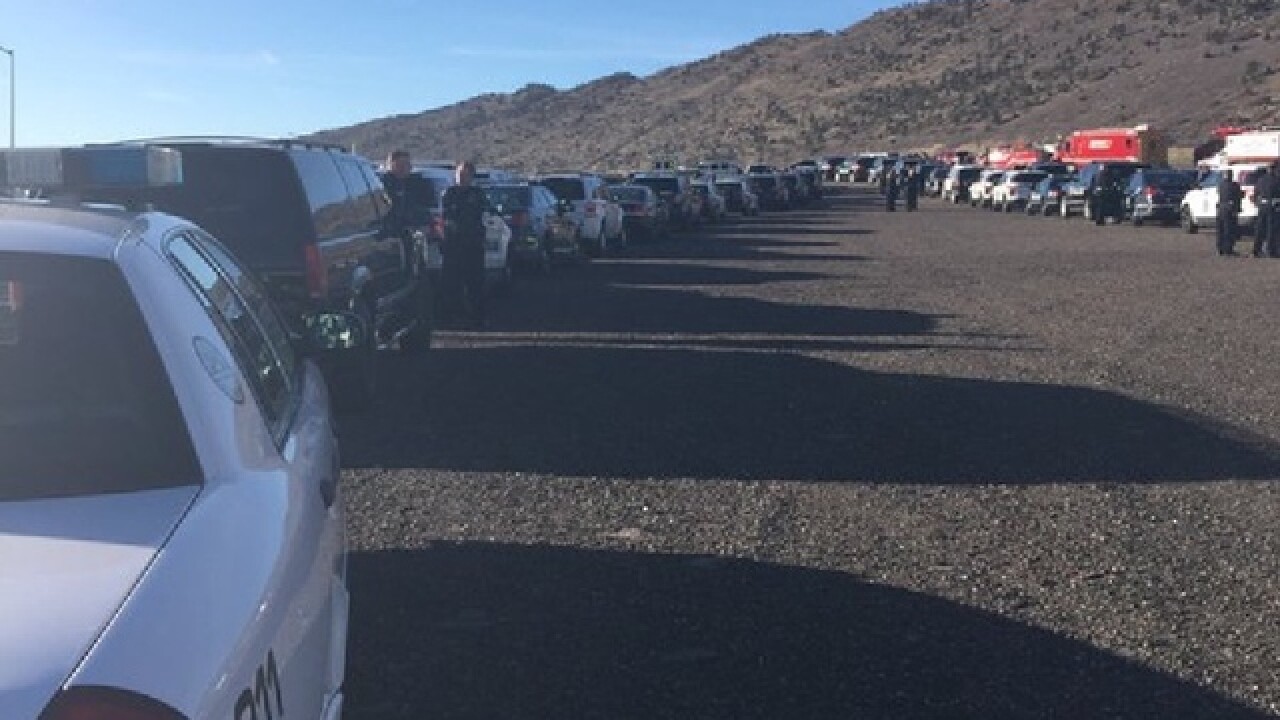 Emergency responders from across Colorado lined the route of the funeral procession for Cpl. Nate Carrigan Monday.

The procession began in Bailey and made its way to Faith Bible Chapel in Arvada.