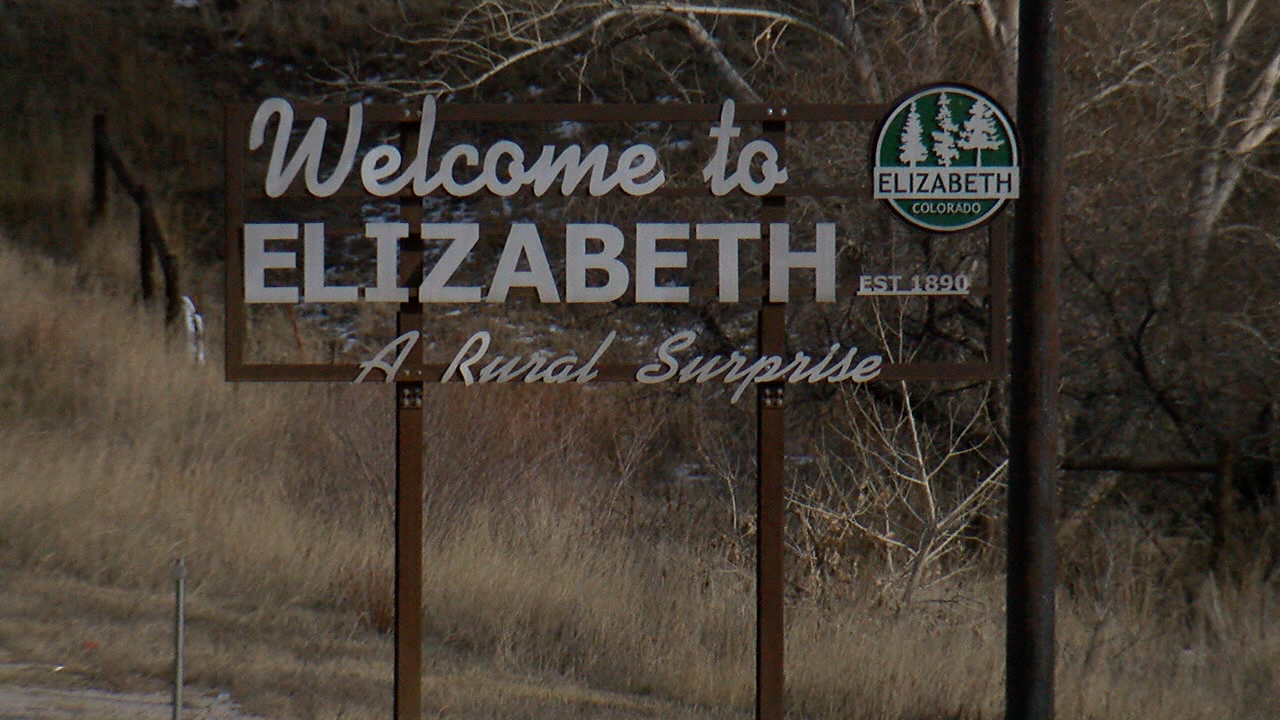 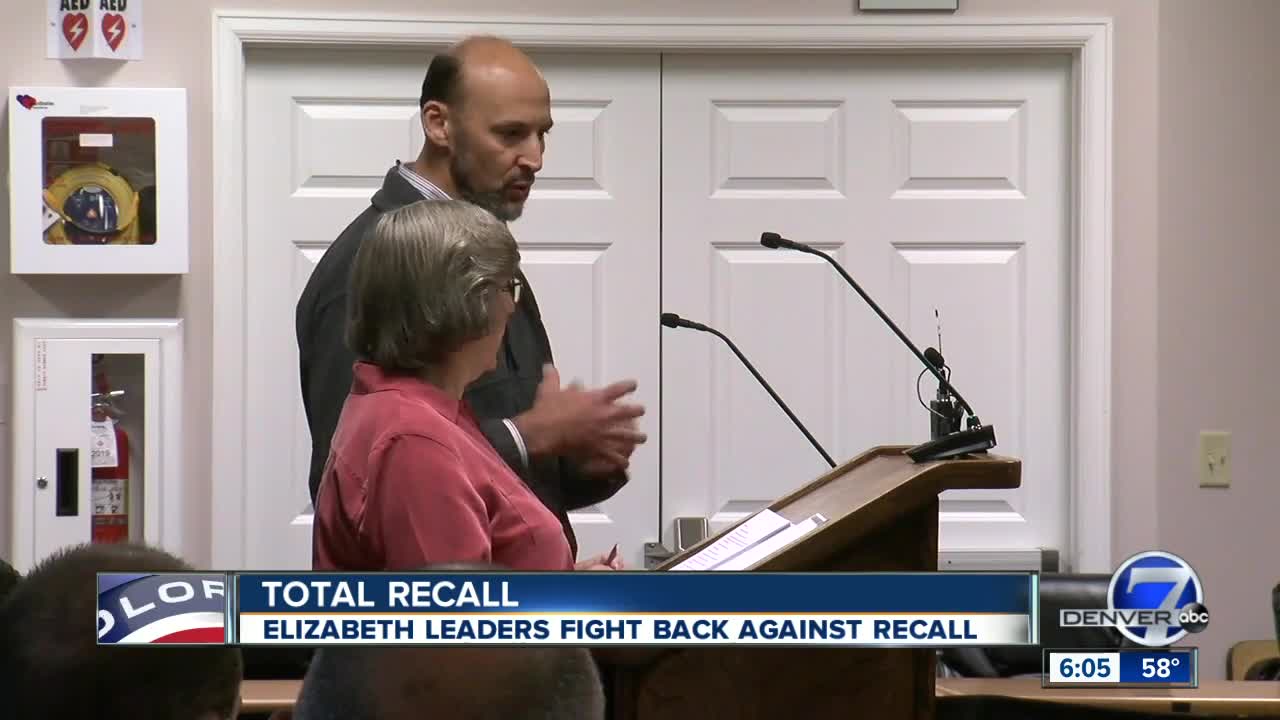 ELIZABETH, Colo. – The mayor of the town of Elizabeth and four board of trustees will soon find out whether a recall against them will be allowed to proceed.

Mayor Megan Vasquez and all of the board of trustees for the town are being recalled after residents started raising concerns about growth and development in the area.

The petitions for two board members, June Jurczewsky and Rachel White, were allowed to proceed after their protests against the recall petition were found to be insufficient. A recall election has been set for December 17.

A representative for the mayor and remaining trustees, Angela Ternus, Steve Gaither, Tammy Payne and Loren Einspahr happened Friday to determine whether the recall efforts can proceed. If the recall is approved, however, the recall election for the five wouldn’t happen until April.

Kevin Platts, who represented the group pushing for the recall at Friday’s hearing, says the residents he represents are not completely against the idea of change.

“We’re not no growth, we’re just controlled growth. We want to make sure ordinances and laws, etc. are in place to ensure that the growth happens at the rate that we want it to happen,” Platts said.

“They are very worried about water. They are not on town water and they’re worried about, ‘Well hey, if you bring in all these people, what happens to the water in my well? I might not have water,’ which is a valid concern,” Platts said.

Platts says the members of the recall committee have tried to bring up their concerns to the town council but did not feel that their concerns were being taken seriously.

“We are citizens we have a voice and we want our voice to be heard and right now we do not feel that our voice is being heard,” Platts said.

“We have tried to get some information from the board of trustees and the Mayor, but unfortunately the information has been scant,” Platts said.

Other residents who attended the meeting said they are also concerned with the development but don’t believe a recall is the right answer. Christine Ware says she understands and agrees with the push for managed, responsible growth but she does not think a recall will stop it.

“These recalls are misplaced,” Ware said.

A comprehensive plan for the city projects that the population will grow to 20,000 over the next several decades. For a town of 1,700 residents, that feels like a lot of growth.

However, Ware isn’t convinced that all of the growth happening in areas like Parker or Castle Rock will head toward Elizabeth and says the town needs to consider the needs of future generations, not just current residents.

“The comprehensive plan is for the future. Many of us aren’t going to be here in 10 or 20 or 30 years,” Ware said. “The plan is designed in my opinion to project for the future but to protect the present.”

Mayor Vasquez disagrees with the petitioners’ claims that the town council is not providing enough information.

“We don’t have anything to hide,” she said.

Mayor Vasquez also disagreed with claims that she has not been listening to her constituents, saying many of the people who circulated and signed the petition have not attended any of the town council meetings to express their concerns.

“When I see the citizens that are upset over things I would rather see them attend a meeting or make a public comment or talk to the board,” she said.

Some of the trustees are term-limited while others are coming up for election soon, so Mayor Vasquez believes that if people aren’t happy with the decisions being made, they should simply vote rather than try to recall.

“To me this recall especially in a small town like this is not the answer because what it has actually done to our town is torn the character of Elizabeth apart,” she said.

The catch is that many of the people who are against the growth do not live in the town of Elizabeth itself and cannot vote in its elections.

Some are from the surrounding community or nearby county who are worried about how Elizabeth’s development will affect their areas, from traffic to water rights.

“When you look at the comprehensive master plan, it is a three-mile circle around the town of Elizabeth, so there are people that live in Douglas County that are within that three miles and the plan does, in fact, impact them,” Platts said.

Affected or not, the tiny town’s politics are being influenced by outside groups from Elbert County, Douglas County and Franktown.

The mayor says the politics are also being affected by the state since recall efforts are becoming an increasingly popular trend in Colorado.

“It’s not only statewide but it’s the United States in general,” Mayor Vasquez said.

However, the mayor pointed out that when she had a problem with the town council in the past, instead of trying to recall them, she decided to run instead and believes that’s a better solution.

Platts and the residents who signed the recall petition disagree and are hoping this recall sends a message to the town’s officials that they will be held accountable for actions they take.

“We want to ensure that our town ordinances in place to grow the community at a rate that we believe is more supportable,” Platts said.

Whether the recall goes through or not, both sides say they love the town of Elizabeth are only trying to protect its best interests, they just disagree on how to do that.

The town brought in an outside official to mediate the recall protest hearing. The official has five days to decide whether the recall on the mayor and remaining board of trustees members can move forward.