Elephant Butte Fire near Evergreen 25% contained; evacuation orders to be lifted thanks to rain 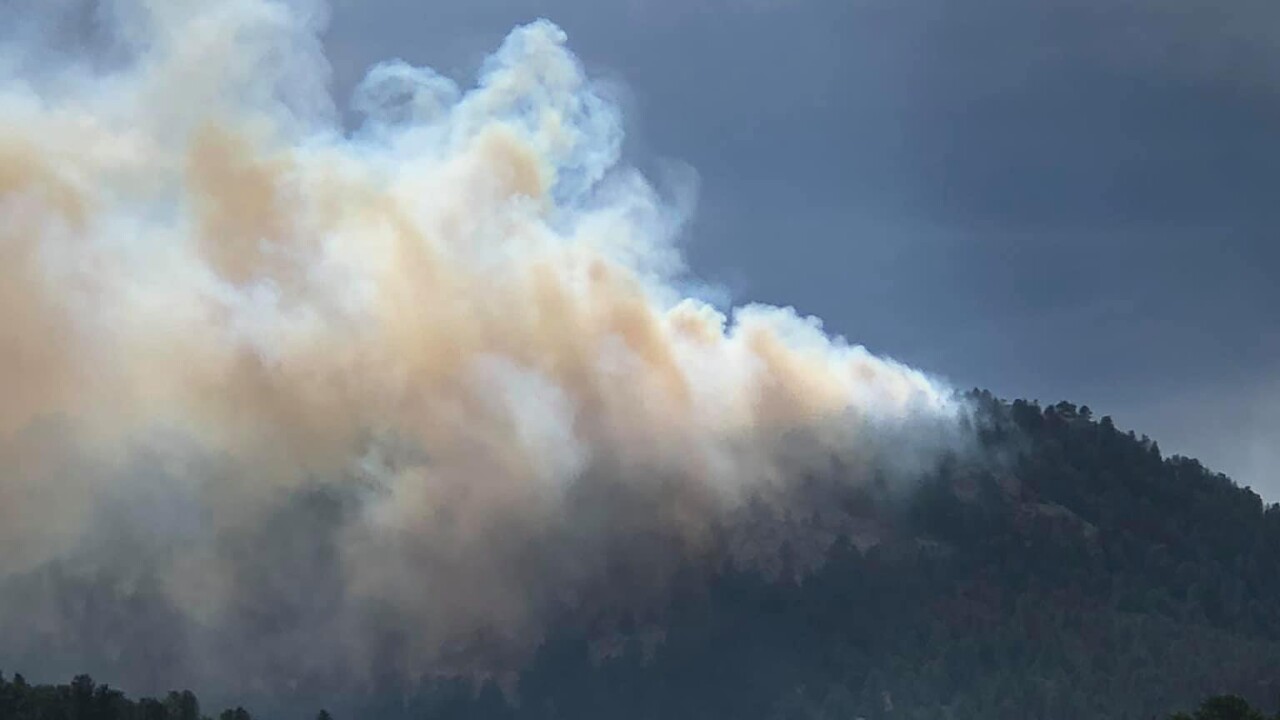 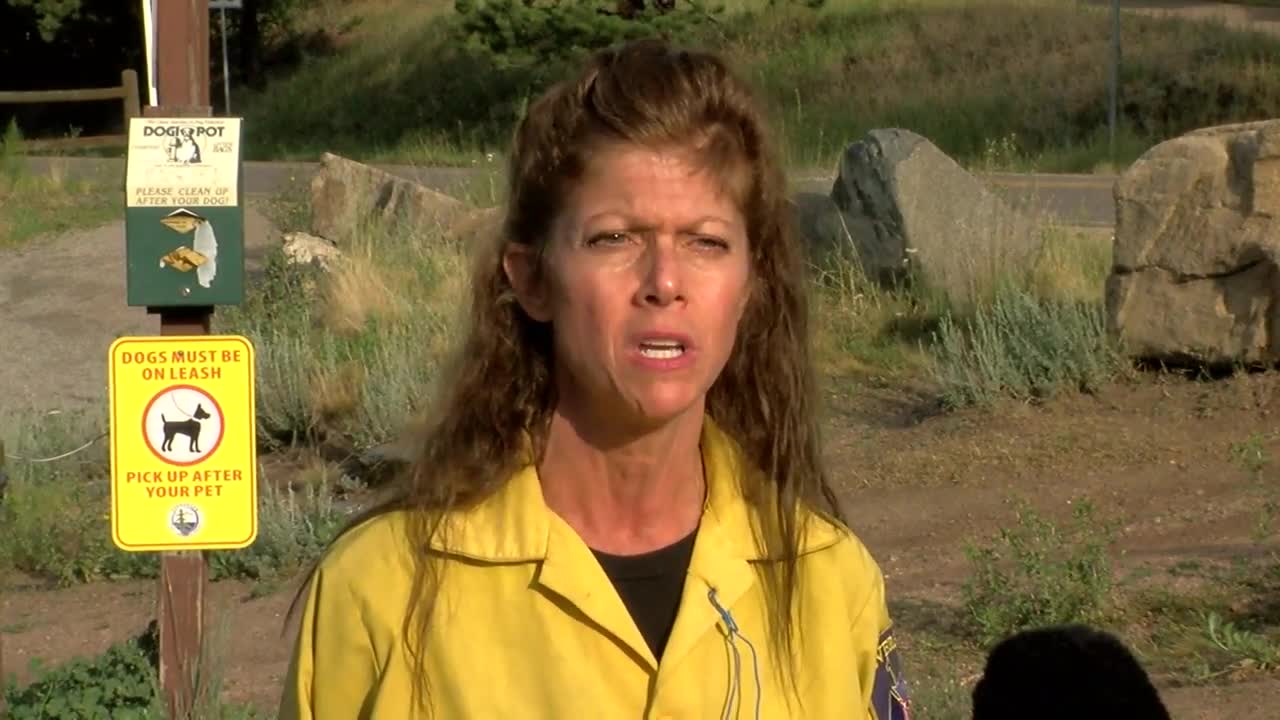 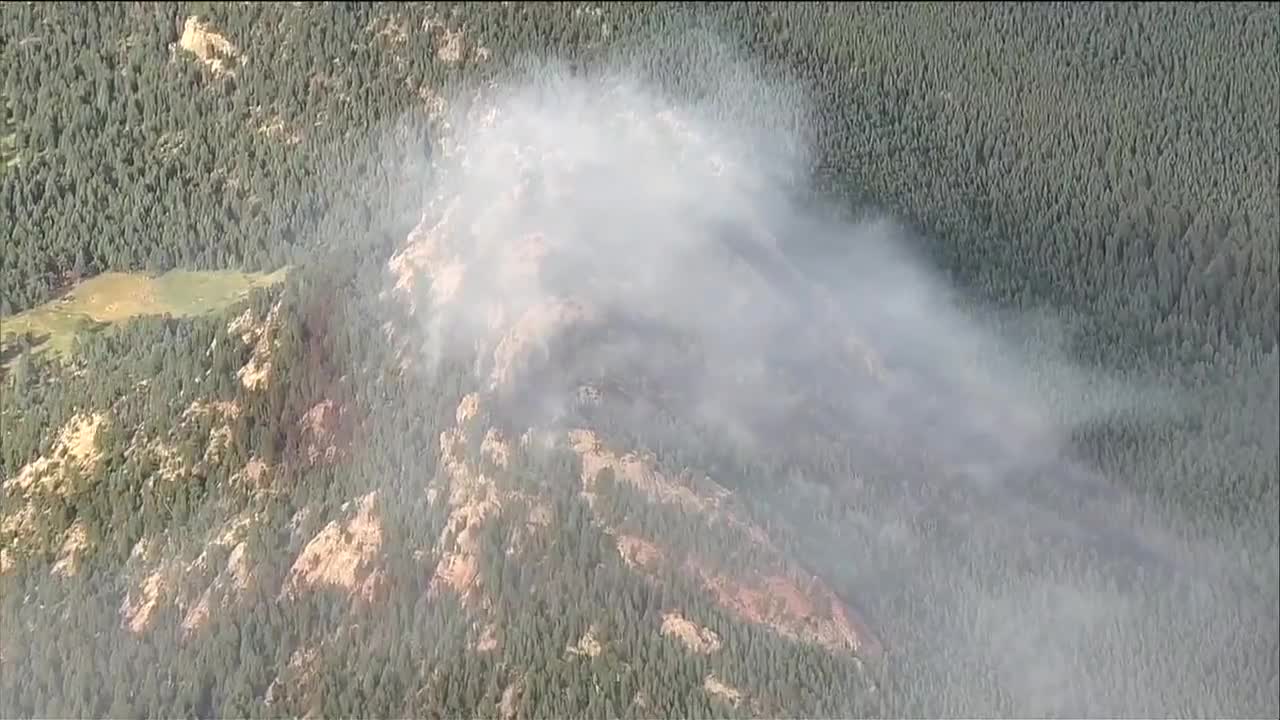 JEFFERSON COUNTY, Colo. — The Elephant Butte Fire, which sparked just west of Evergreen on Monday afternoon and forced more than 1,000 households to evacuate, was at 25% containment as of Tuesday afternoon and climbing, according to the Jefferson County Sheriff’s Office.

We are lifting SOME of the evacuations as of 5pm today. However, evac orders REMAIN IN PLACE if you live on
*the north side of Buffalo Park Road between Le Masters Rd & South Jack Pine Rd; Le Masters RD, Buffalo Creek Rd
*Buffalo Creek Dr & South Elk Ridge Rd #ElephantButteFire pic.twitter.com/ARwib6xr5y

The sheriff's office said deputies will be checking to make sure only residents enter those areas since they still have a lot of emergency vehicles in the area.

Just 6 p.m., deputies shared an updated map of the area that still remains under evacuation orders west of Evergreen.

Just before 7 p.m, however, the sheriff's office said a storm that soaked the area will allow them to rescind all evacuation orders starting at 7 p.m. But, they added, control points will still be in place to allow only residents back into the area while crews are there.

Evergreen Fire Rescue Assistant Chief Stacee Martin said firefighters were able to keep the fire at around 50 acres overnight, where it currently stands after a flyover Tuesday morning. She said crews will return to the fire today to address hot spots and air support will help with more water drops.

She said the weather worked in favor of the firefighters Monday evening.

“The rain really allowed us to get a little more progress on it,” she said. “We’re thinking today with the temperatures being a little lower, there’s a little more humidity in the air, that we’ll be able to really attack (it).”

Martin said the goal Tuesday is to keep the fire contained.

“Today is going to be a hard day and we’re going to hit it and go after it,” she said.

The fire is in a rocky, steep area with lots of trees, making firefighting that much more difficult for the crews, she said. That’s why air support was brought in soon after the fire was reported.

Due to COVID-19, she said crews from the same departments are staying together while distancing themselves from other agencies.

“That’s part of our safety briefing, it’s part of everything before they walk into the forest — they know they’ve got to be prepared for that,” Martin said.

Mike Taplin with Jefferson County Sheriff’s Office said Monday’s evacuation orders remain in place and no new ones had been ordered as of 7:30 a.m. Tuesday. By 7 p.m. Monday, more than 1,000 homes had been forced evacuate.

An evacuation center is set up at Evergreen Middle School, located at 2059 S. Hiwan Drive. It is open to anybody who had to leave their home. Coronavirus-related safety measures are in place at the shelter.

Taplin reminded residents that the county is under a stage 2 fire ban and this fire is a good reminder why.

Roadblocks will remain in place until the fire is contained, he said.

As of Tuesday morning, no structures had been damaged and there were no reported injuries. The cause of the fire remains under investigation.