Electric scooters are not allowed on highways but video shows two people cruising down U.S. 6 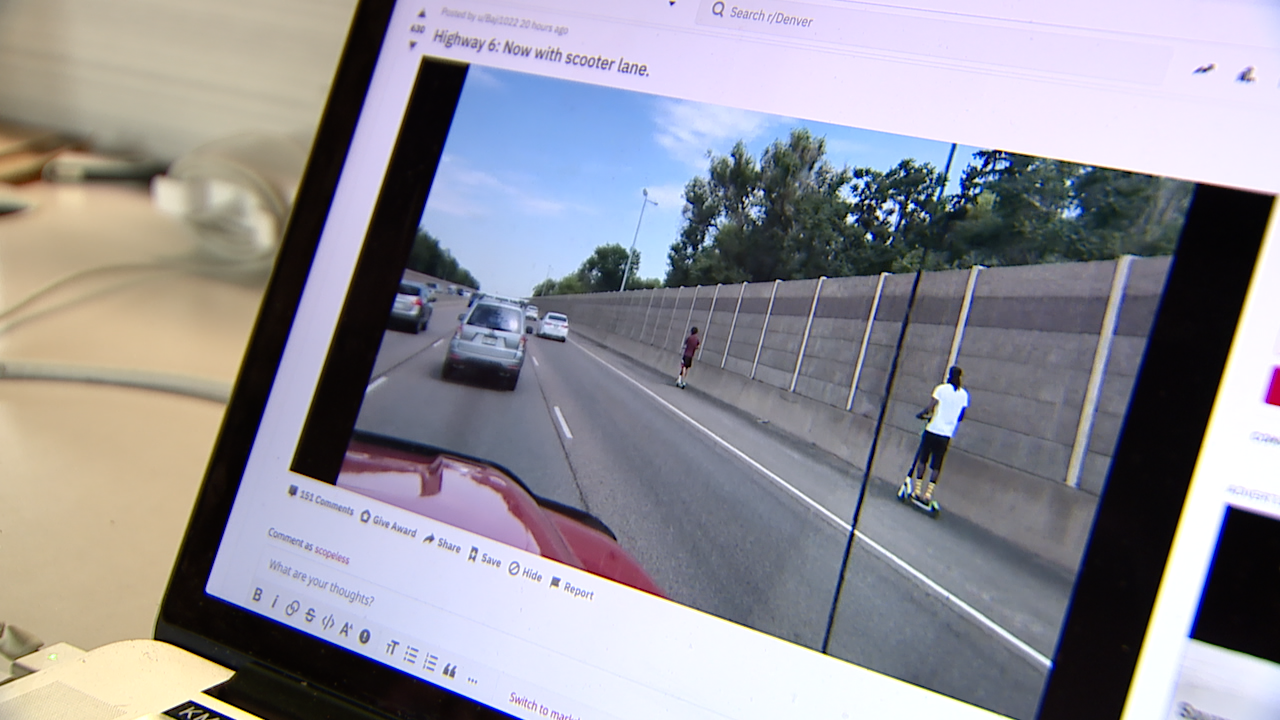 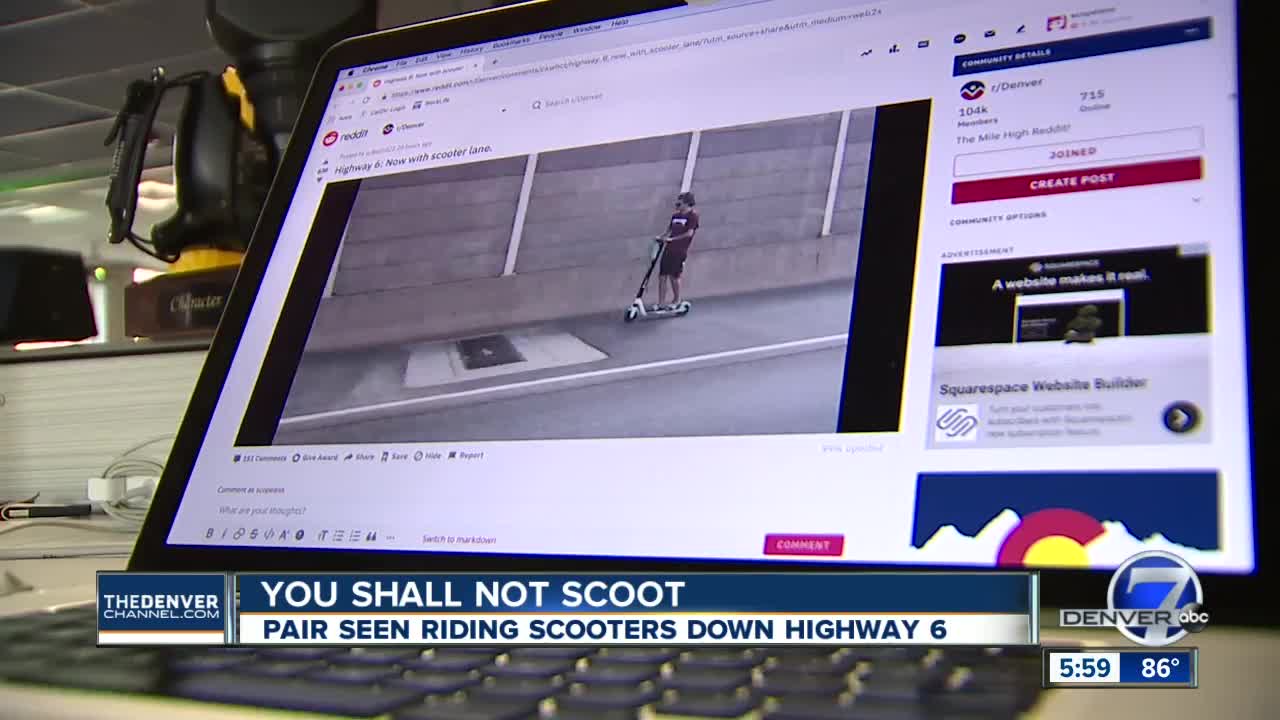 DENVER -- Scooters seem to be taking over downtown Denver but the video captured on U.S. Highway 6 is a new one. The short clip posted on the Denver Reddit page shows two men traveling on the side of the highway on electric scooters.

"That’s something I wouldn’t think I’d see there, I’ll tell you that for sure and I wouldn’t call it the safest thing either," said Trooper Gary Cutler with Colorado State Patrol after he watched the video for the first time.

Culter says the scooters are essentially a toy vehicle and they are not meant for use on the highway; it's also illegal. He said the scooters on U.S. 6 created a dangerous situation for riders and the drivers around them too.

"Well and you see that they’re going right over the road grates where it’s for the water to go down and if they hit one of those wrong and it shoots them out in to the road that's another problem," said Culter.

A spokesperson for the Denver Police Department says for safety reasons, these scooters are not permitted on any highway which is considered a limited access roadway. She went on to say the rider could be cited under state statute, "operating a low speed electric vehicle and limited access highway."

According to the Denver Department of Public Works, scooters are only allowed to ride on streets that have a posted speed limit of 30 miles-per-hour or less. They are also allowed in bike lanes. If those options are not available, scooters are permitted on sidewalks but they have to be traveling at 6 miles per hour or less and yield to pedestrians.

"I would just say make smart choices and be careful when you’re riding an electric scooter. Safety is our number one priority and we have laws in place for a reason," said Heather Burke with the Department of Public Works.