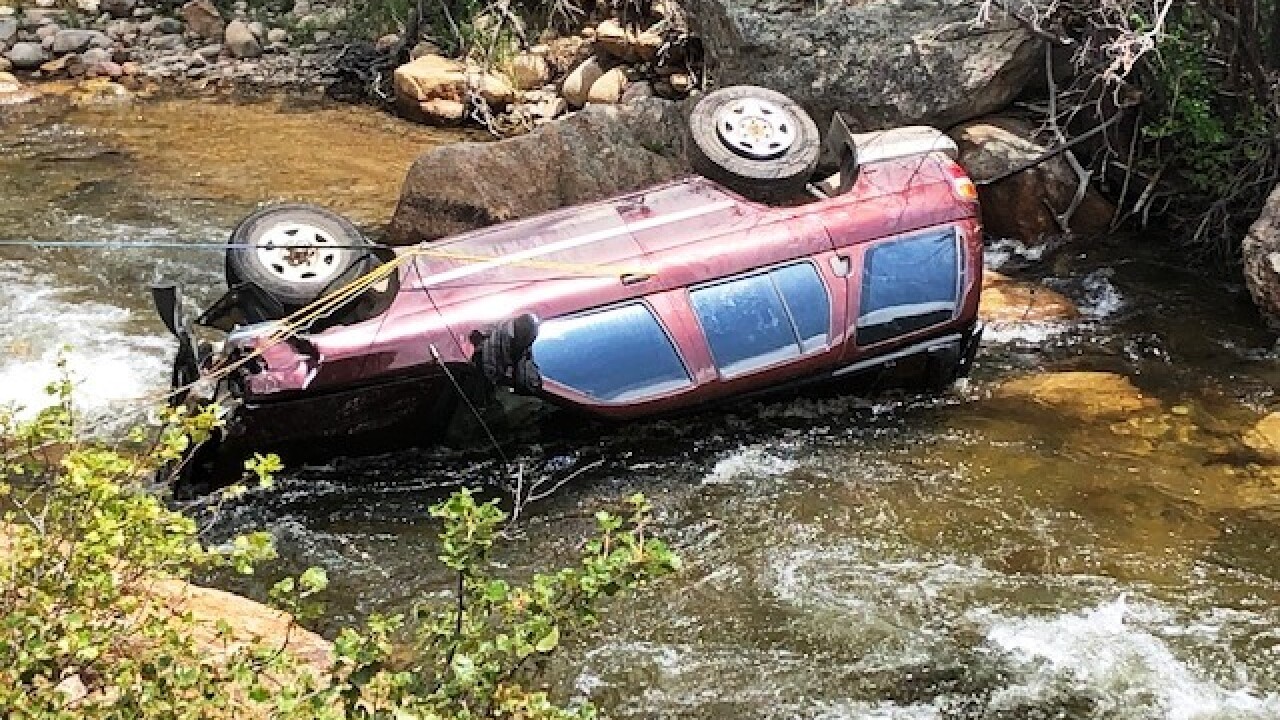 BOULDER COUNTY, Colo. — An elderly man was rescued after he crashed his car into the Middle St. Vrain Creek Monday morning.

Shortly before 11 a.m. on Monday, deputies with the Boulder County Sheriff's Office, along with other agencies, responded to a section of the creek after receiving a report of a single-vehicle crash.

The report initially said that the vehicle had veered off the roadway around the 22500 block of S. St. Vrain Drive in unincorporated Boulder County. The driver was still trapped inside the car at the time, according to the sheriff's office.

With the help of several witnesses, first responders started their rescue efforts. The vehicle was in fast-moving water, which made the mission more challenging. Rescuers attached cables to the vehicle to prevent it from rolling further downstream. Boulder Emergency Squad dive personnel helped secure the car and were able to get the driver out of the car.

The rescue took about 45 minutes. The driver, who was the only person in the car, was identified as an 81-year-old man from Allenspark. He was taken to a local hospital with serious injuries, according to the sheriff's office.