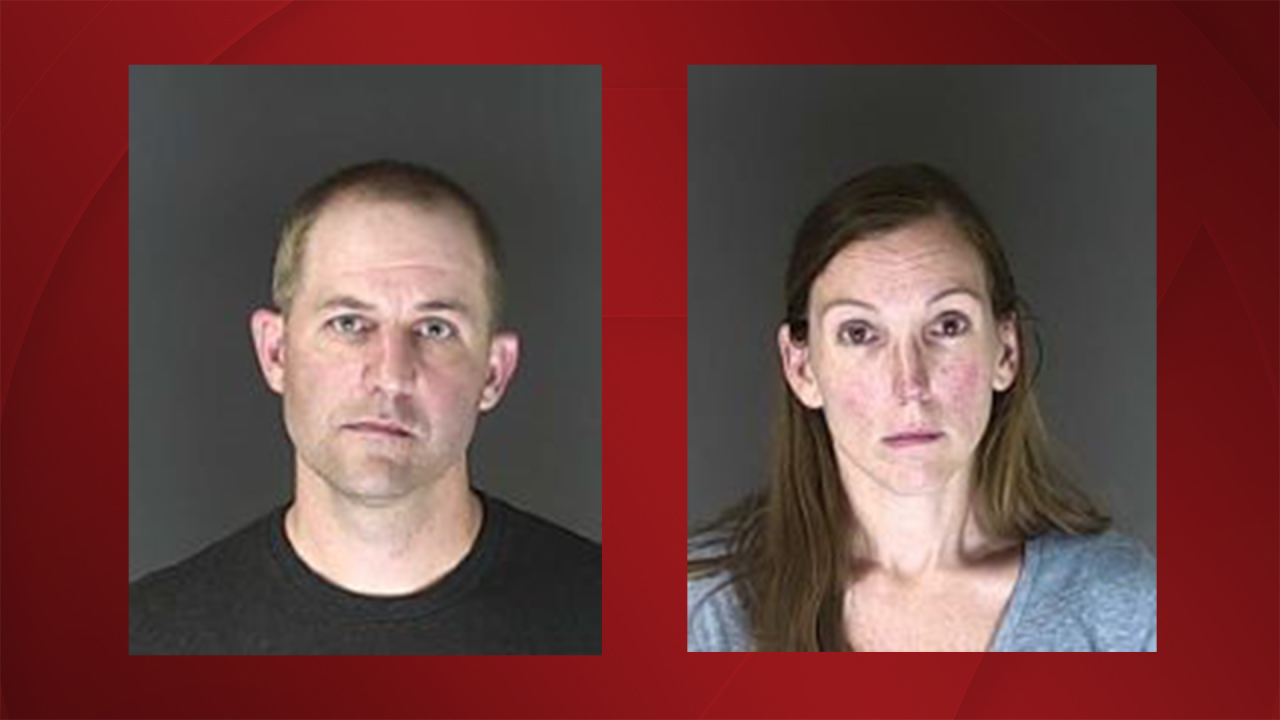 EL PASO COUNTY, Colo. — A father and stepmother of an 11-year-old boy in El Paso County have been charged with first-degree murder after allegedly forcing the boy to drink an excessive amount of water, leading to water intoxication, according to an arrest affidavit.

Ryan Sabin, 41, and Tara Sabin, 42, turned themselves into the El Paso County Jail in connection to the case, the sheriff’s office announced on Tuesday evening. Both face a first-degree murder charge, child abuse resulting in death charge and six counts of misdemeanor child abuse. The boy was found deceased in his bedroom on March 11.

According to an arrest affidavit, Ryan Sabin, the biological father of the 11-year-old boy, sat down with detectives for an interview following the boy’s death.

Ryan Sabin said his son had had issues wetting the bed and three weeks prior to his death, the boy had said he wasn’t drinking water. Ryan Sabin then told the boy he was “required to drink two bottles of water every day,” according to the affidavit. The bottle he was referencing was 32 ounces.

On March 10, Ryan Sabin said he returned home from work and his son said he didn’t want to continue drinking water. Ryan Sabin’s wife, Tara Sabin, who is the child’s stepmother, had told her husband before he left to drive home that the boy wasn’t drinking the water, according to the affidavit.

Ryan Sabin said his son was “only taking sips and throwing up the water,” according to the affidavit. This continued throughout dinner and into the evening. Ryan Sabin said he wasn’t sure how many times his son threw up. He tried to tell the boy to chug the water so it’d be over faster.

After dinner, the other children in the house went to bed.

At one point, the boy complained that he “couldn’t drink the water and that his legs hurt,” according to the affidavit. He was lying on the ground and throwing a fit, Ryan Sabin told the detective.

Shaking or pain in the legs not related to physical exertion is a sign of over-hydration, according to the Mayo Clinic. In addition, Medical News Today reports that other common signs of water intoxication include confusion, vomiting, muscle weakness or cramping, drowsiness and disorientation. In rare cases, it can be fatal.

Ryan Sabin said at one point, he kicked the boy’s leg twice when he was on the ground. He also picked the boy up and let him go, causing the boy to fall backward and hit his head on the ground. He said he also recalled saying that he was so angry with his son that he could hit him, but didn’t, according to the affidavit.

After some time, the boy lied down on the floor of the kitchen, fell asleep and started snoring. He then sat up with his legs crossed before slumping over and snoring. The boy then stood up and walked around the kitchen, grunting and making other intelligible noises, according to the affidavit. He went into the mud room and put his hands on the wall, staring at it.

As he was putting him to bed, Ryan Sabin said his son looked at him “with wide eyes like he’d been startled,” and then fell asleep, snoring, according to the affidavit.

Detectives also talked with other family members, including Tara Sabin and other children in the home.

Tara Sabin said the boy had been complaining after school that his shins and feet hurt, according to an arrest affidavit for her arrest. When he told her he didn't want to drink the water, she said she thought he was just being dramatic, she told detectives during an interview.

Back at home, she said the boy "began throwing himself on the ground saying he couldn't do it," according to her arrest affidavit. He then started “falling into cabinets” and seemingly couldn’t walk — he continued to collapse on the floor and fall asleep. She said the boy started doing laps around the kitchen table and kitchen island, and running into cabinets. She said the boy was acting “really weird” and she wondered if he was still sleeping, according to her arrest affidavit.

Tara Sabin told detectives she was getting ready for work the following day when Ryan Sabin told her that the boy had died. She said she told him to call 911, according to her arrest affidavit.

Investigators also spoke with children in the home. All of their names were redacted in the affidavits.

One child said she was worried about the boy, and it seemed like “a lot of water for a 5th grader to drink.” She also mentioned that the boy gets in trouble often, even when there isn’t proof he did anything, because of his past behavior. Sometimes, he “would have to stay up until 4 a.m. doing his core exercises,” she said, according to the affidavit.

Another child said he saw the 11-year-old leaning over the sink throwing up around dinner time, and that he appeared weak and had “wobbly” legs, according to the affidavit. He added that he thought he saw Ryan Sabin performing CPR on the boy the following morning.

After the interviews, all children in the household were removed. The affidavit did not detail where they are staying.

Detectives who responded to the home for an execution of a search warrant at 4:30 p.m. that day said the boy’s bedroom was in a finished basement. He was found lying adjacent to his bed. Blood and other bodily fluids were on the top left corner of the sheets and bed. He had foam around his nose and mouth, in addition to a mark on the right side of his neck, according to the arrest affidavit.

The boy was declared dead by the El Paso County Coroner’s Office at 5:17 p.m.

An autopsy by the coroner’s office on the morning of March 12 found that the boy had died as a result of forced water intoxication, and the manner of death was ruled a homicide.

The arrest affidavit concluded that the Ryan and Tara “knowingly forced (the boy) to consume a large quantity of water causing water intoxication,” which led to his death.