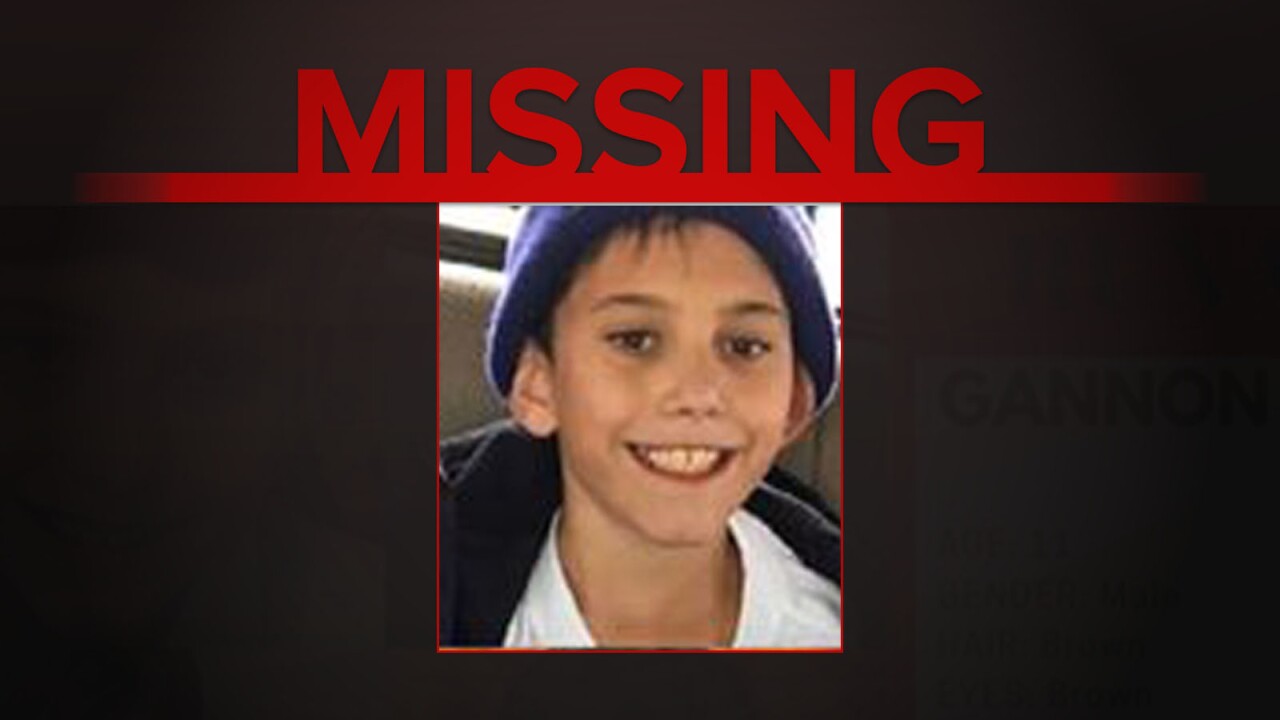 EL PASO COUNTY, Colo. — The El Paso County Sheriff's Office is searching for Gannon Stauch, an 11-year-old who ran away from home on Monday and hasn't been seen since.

The sheriff's office said he left his home in the 6000 block of Mandan Drive in Security, which is southeast of Colorado Springs, between 3:15 and 4 p.m.

His stepmother said he left his home on foot to play at a friend's house down the street.

Deputies and major crimes detectives have taken "extraordinary steps" to locate him, the sheriff's office said. They are actively searching for evidence and taking all witness statements at this time, a sheriff's office news release read.

"He’s very young, it’s dark and cold outside and we want to bring Gannon to safety," they said in a Facebook post.

Gannon is 4'9" tall and weighs around 90 pounds. He has brown hair and brown eyes. He was last seen wearing jeans and a blue jacket with a hood.