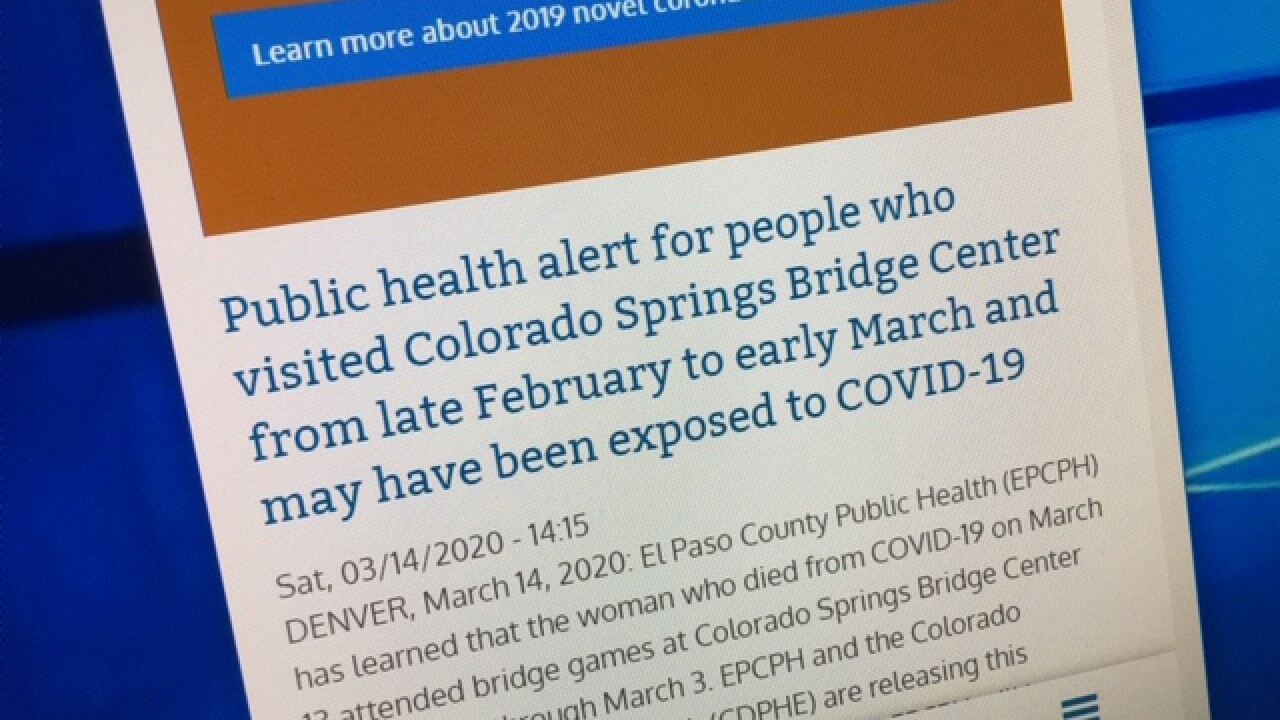 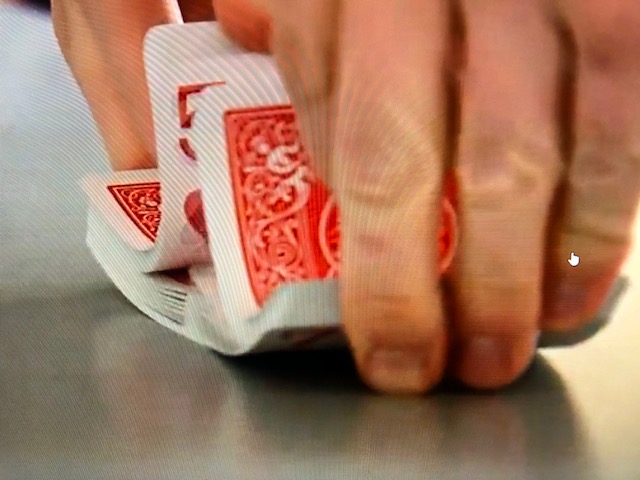 COLORADO SPRINGS, Colo. -- A public health alert has been issued in El Paso County after health officials learned that upward of 100 people may have been exposed to COVID-19, while playing cards at the Colorado Springs Bridge Center.

"We have been contacting and are continuing to reach out to individuals that may have come into contact with the woman," Dr. Johnson said, "but due to the high number of interactions that she had, we need the community's help in getting this message out."

"A lot of the people are scared at the Bridge Center, because most of them are Sr. citizens," said John Dukellis, one of the directors.

Dukellis estimates that 98 percent of the people who played cards, during the time frame in question, are over age 60.

He said most were from Colorado Springs, but that on Feb. 29, there was a tournament which drew people from Denver and from other places in Colorado.

Johnson said the health alert is especially important for anyone who attended the following games:

She said anyone who attended the bridge center during those dates, and is experiencing coronavirus symptoms, should call their healthcare provider immediately.

Dukellis said the Colorado Springs Bridge Center is closed and will remain so through the month of March, and possibly April.

Johnson said one of the people who played cards with the woman who later died, began exhibiting symptoms himself.

"That's the first test that has been reported back from those bridge games and that just came back this morning as being positive," she said.

Dep. Medical Director Leon Kelly emphasized that "at risk" groups include the elderly, homeless, and kids in schools and day care centers.

"We're kind of entering a new phase of dealing with Covid 19," he said, "where we will begin to focus more heavily on some of these susceptible groups, and make sure we are taking extra time to protect them. They'll get our first priority as we continue looking at how we're all going to deal with these things."

Dukellis told Denver7 that he had minimal contact with the victim on March 3.

When asked how he's doing, he replied, "Well, I'm confining myself to my house. So is everybody else in our club, and our club is closed for at least the next month, if not two."