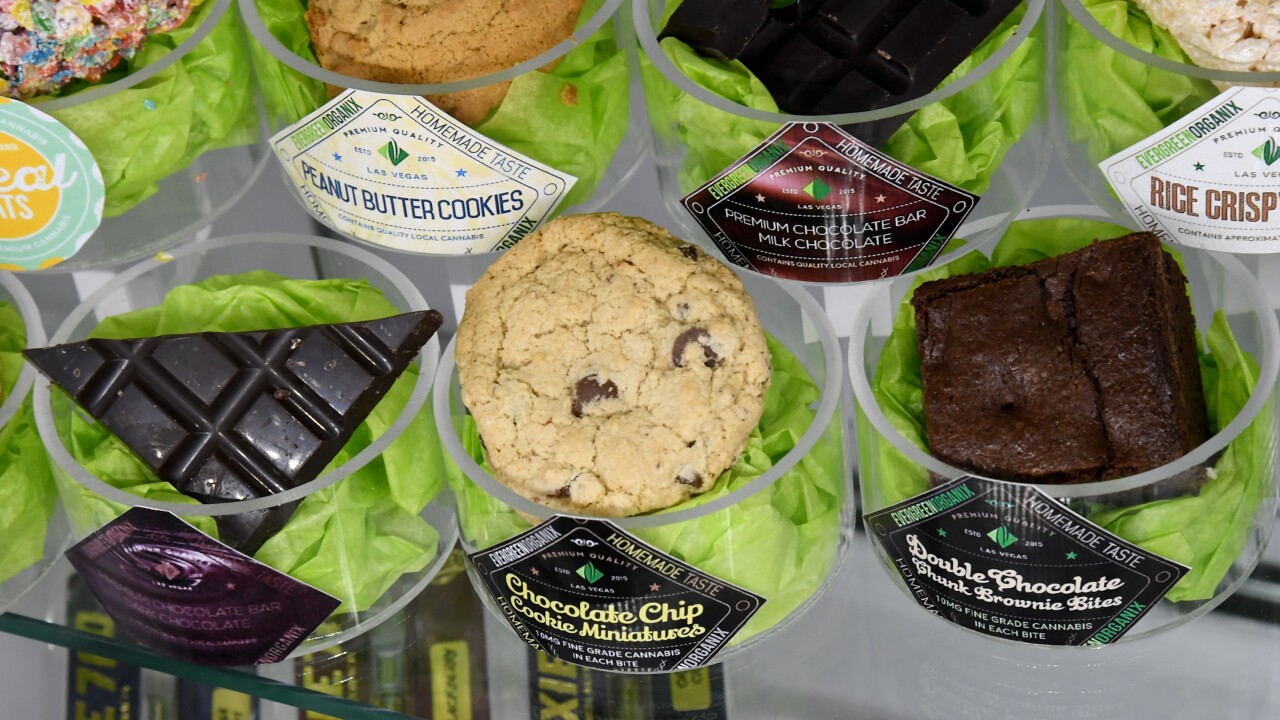 AURORA, Colo. – A new study by University of Colorado School of Medicine researchers released Monday found that there is a disproportionate number of people admitted to the UCHealth emergency room because of edible cannabis effects compared to the share of edibles sold in Colorado.

The results of the study were released Monday ahead of them being published in an editorial in the Annals of Internal Medicine. Dr. Andrew A. Monte, MD, PhD, who is an associate professor of emergency medicine at the CU School of Medicine and the emergency medicine physician and medical toxicologist at UCHealth University of Colorado Hospital, was the lead researcher on the study.

Researchers looked at the health records of nearly 10,000 patients who came to the emergency department at UCHealth between 2012 and 2016. It also specifically compared proportions of emergency visits that came as a result of edible cannabis products compared to inhaled cannabis products.

Monte and his team found that though just 0.3 percent of total cannabis sales in Colorado in terms of weight were edibles, edible-related emergency visits accounted for 10.7 percent of total visits at UCHealth.

“Therefore, compared to inhaled cannabis, the observed proportion of cannabis-attributable ED visits with edible exposure was about 33 times higher than expected,” UCHealth said in a news release about the study.

“These differences might indicate greater severity of adverse events with inhalable cannabis, but they also reflect the different clinical presentations,” wrote the authors of the editorial published in Annals of Internal Medicine.

But the researchers attributed the disparity there to the different effects of the two types of cannabis products and said that gastrointestinal issues – specifically cannabinoid hyperemesis syndrome – were the most common in patients admitted because of inhalable cannabis-related illnesses.

The researchers noted that edible users can have a difficult time figuring which dosages to take because of the differences in the way THC is processed in the body between edibles and inhalants, as well as differences in how different people process the active chemical in cannabis.

“This research suggests that the slower rate of absorption when consuming edible cannabis makes it harder for users to titrate their desired drug effect. Thus, some users over-consume edible cannabis products, resulting in adverse effects,” Monte said in a statement. “We urge consumers to use cannabis in moderation, use low doses if unfamiliar with a products, and avoid riskier behaviors such as driving after using cannabis.”

“We must recognize that the full range of potential adverse health consequences from cannabis consumption are not fully understood,” the writers, Nora D. Volkow, MD and Ruben Baler, PhD, wrote. Research is needed not only to rigorously ascertain evidence about potential beneficial effects of cannabis but also to carefully characterize its potential negative effects.”

Volkow and Baler added that Monte and his team’s research both “highlight the need to educate practitioners about the importance of screening for cannabis use and about the potential associated adverse effects” and that they “underscore the urgent need for greater oversight of manufacturing practices, labeling standards, and quality control of cannabis products marketed to the public.”