I-70 eastbound reopens after semi fire between Silver Plume, Georgetown 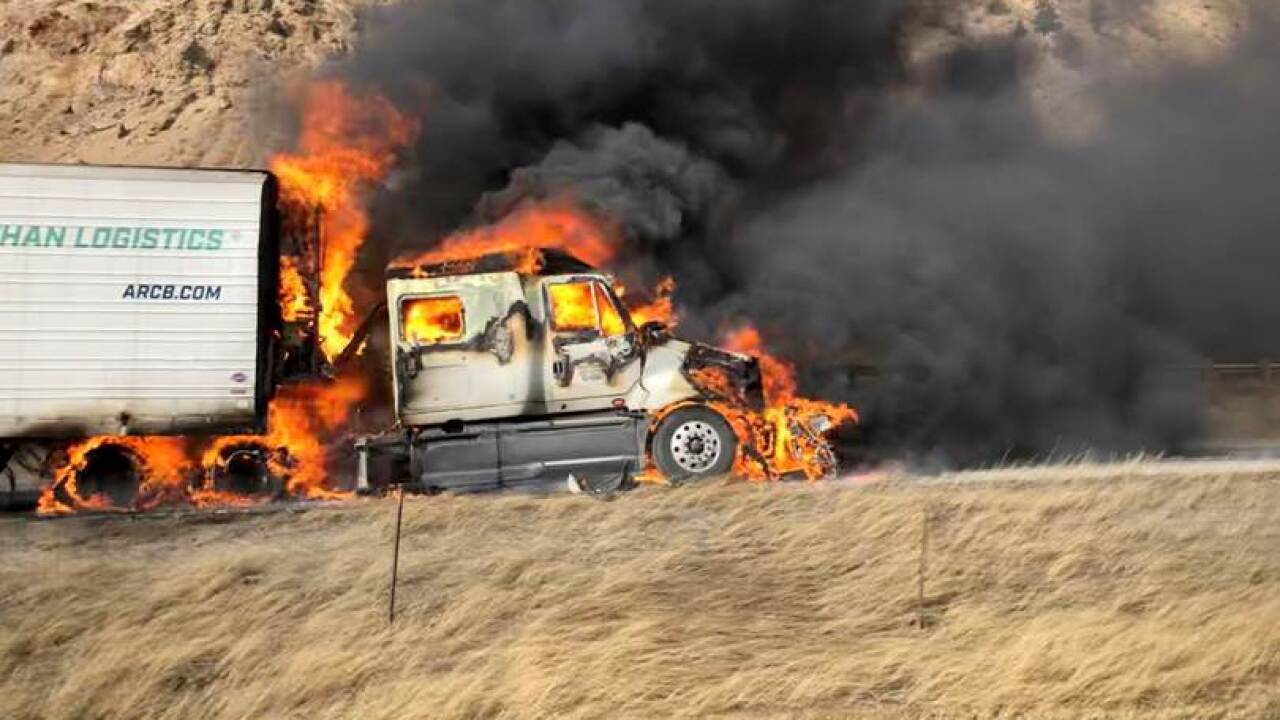 GEORGETOWN, Colo. — The eastbound lanes of I-70 were temporarily closed between exit 226 in Silver Plume and exit 228 in Georgetown Thursday afternoon as crews worked to clean up a semi fire.

The semi was hauling frozen foods and caught fire around 11:30 a.m., Colorado State Patrol said. The fire was extinguished, but cost thousands of dollars in resources, CSP said. The truck driver was OK.

UPDATE: I-70 in Georgetown is clear.

Initial call came in at 11:30 am, yesterday. Thousands of $$ in resources, fuel in backups, a secondary Injury crash west of Silver Plume. And an independent trucker now only has his iPhone.
Hot Brakes 😠 https://t.co/6GFhfHmXw9

One eastbound lane was reopened shortly before 12:30 p.m. The road fully reopened by 2 p.m. Click here for the Denver7 traffic map.