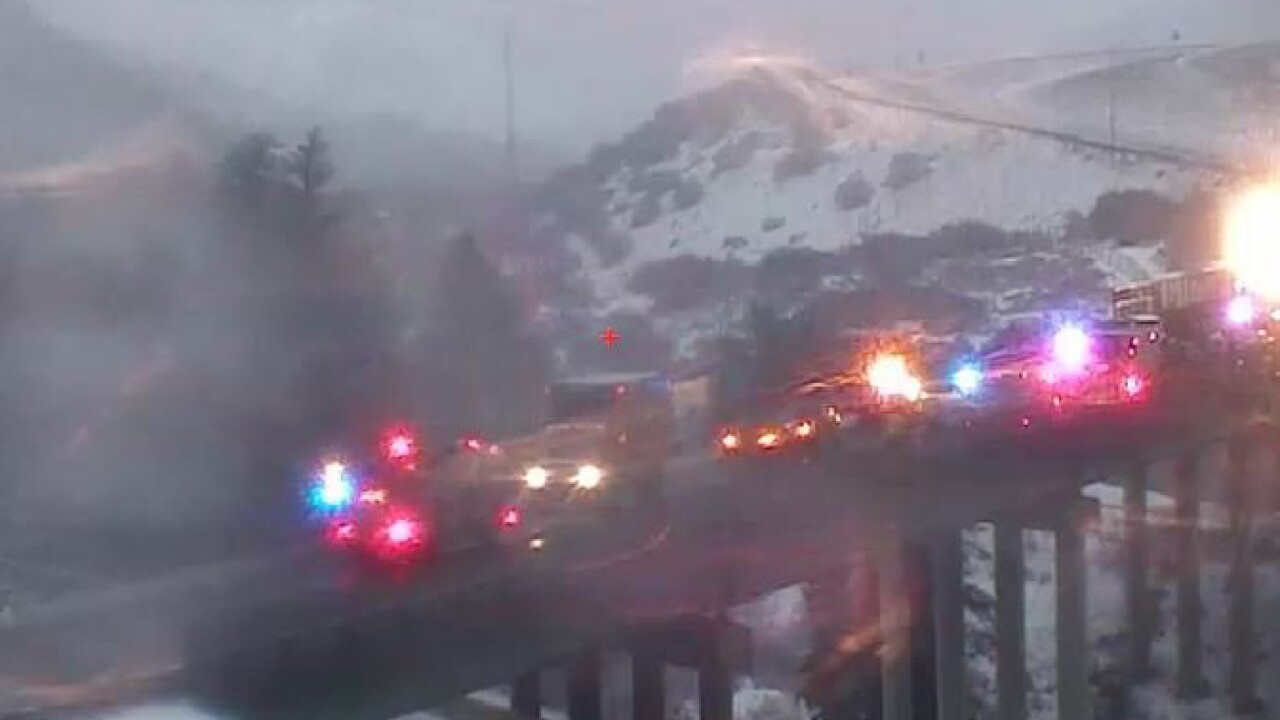 The eastbound lanes of I-70 have reopened at the Eagle-Vail interchange — just east of Avon — after authorities closed it to respond to a serious crash.

Trooper Timothy Schaefer with CSP said an off-duty Vail fire lieutenant was on his way to start his shift at the fire station, when stopped to help drivers involved in a crash around milemarker 168 at approximately 6:15 a.m. Friday. The fire lieutenant, who has not been identified, was subsequently struck by another vehicle traveling through the area.

The firefighter was taken to Vail Health where was last listed as stable. Three other people were also taken to the hospital following the multi-vehicle crash, Schaefer said in a news release.

“Too often we see accidents occur because motorists do not slow down during inclement weather,” said Fire Chief Mark Novak.” We are thankful our firefighter was not more seriously injured and we want to recognize his selfless actions in helping others.”

No citations have been issued yet, but the crash remains under investigation, Schaefer said.

Vail fire Chief Mark Novak told Denver7 the injured fire lieutenant has been with the department for about 20 years.

Editor's Note: This story was updated after CSP corrected information about the crash, which was not fatal.