I-70 reopened at I-225 following rollover 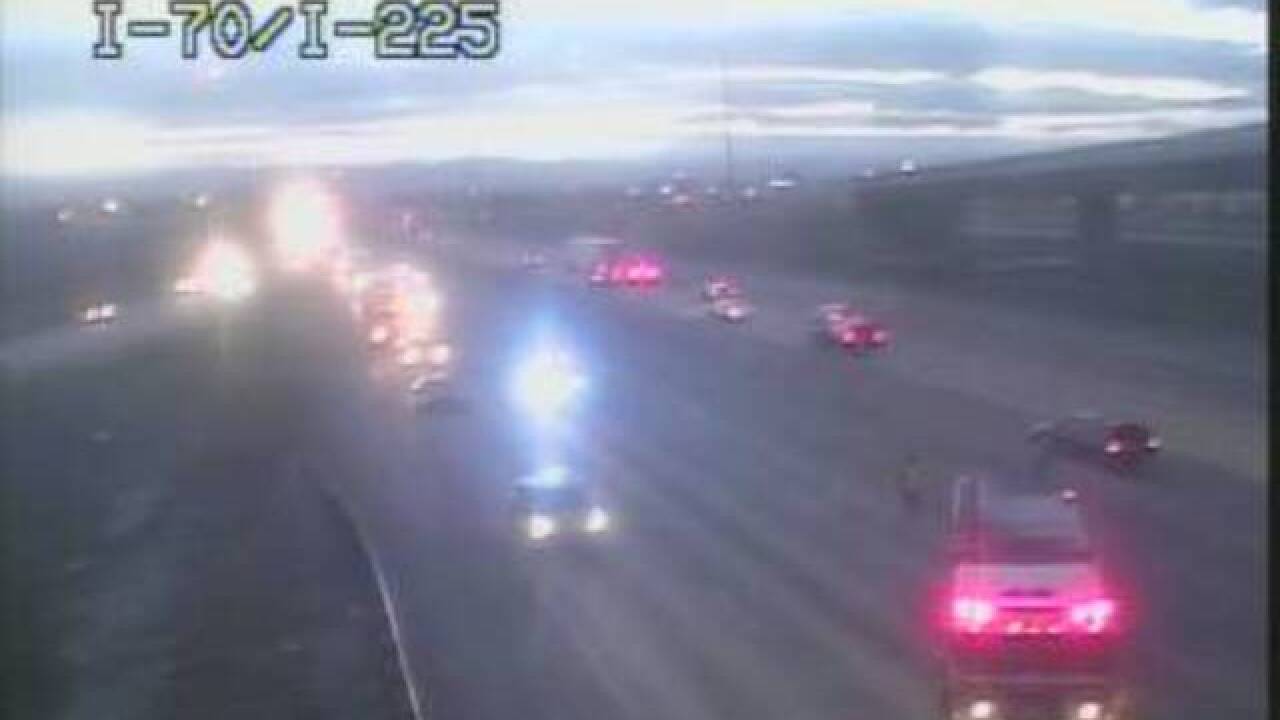 DUI was suspected in a crash that closed eastbound Interstate 70 at Interstate 225 Sunday night for nearly two hours.

A vehicle rolled over and the driver was suspected to be under the influence, according to Technician Tyrone Campbell with the Denver police Department.

Police initially reported the rollover involved a semi but later said that was not the case.

#TRAFFIC UPDATE DUI Rollover accident on I-70 does not involve Semi. Investigators are on-scene, working to re-open the highway.

Drivers were being diverted onto Southbound I-225 while police officers investigated the crash.

Eastbound lanes of I-70 reopened shortly before 9 p.m.