This comes as neighbors say they're confronting their own displacement 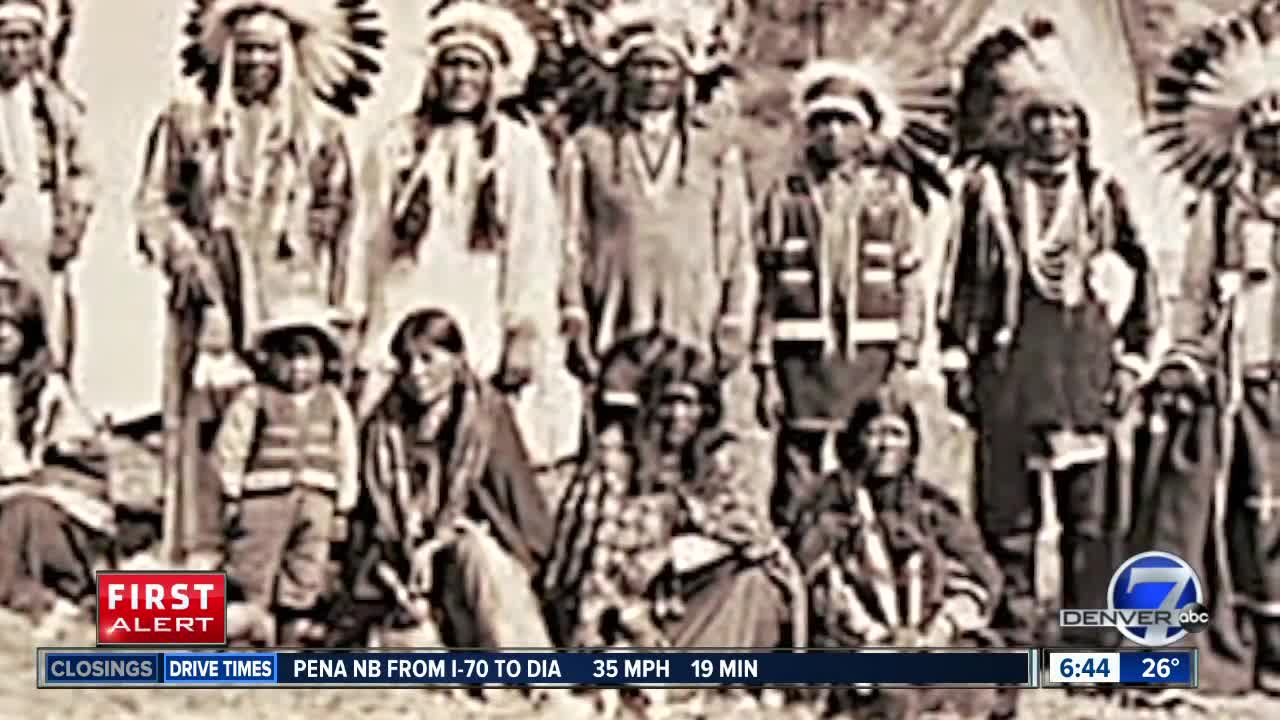 DENVER — The East Colfax Neighborhood Association has established a fund to make reparation payments to the Native American tribes that once lived where the neighborhood is located.

The idea of reparations — repairing harm from the past — has become a national movement with several organizations and individuals spearheading efforts to make amends.

In this case, East Colfax Neighborhood Association President Tim Roberts said the organization wants to make amends for the forced removal of the Ute Tribe from the land they now consider their neighborhood.

“The fact is that this neighborhood is plotted on stolen land,” Roberts said.

Roberts said that right now, people living off East Colfax between Quebec Ave. and Yosemite Ave. are confronting their neighborhood’s history as they fight to keep their homes.

“There’s a high degree of 'at risk for displacement' populations in the East Colfax neighborhood,” Roberts said.

East Colfax was once dubbed the “longest, wickedest street in America.”

Roberts said East Colfax became an affordable working-class neighborhood but due to gentrification and developers attracted to that affordability, home prices are rising and forcing residents out.

“A number of people who live in this neighborhood who are at risk of displacement have already been displaced once or twice or have a long history of being displaced.” Roberts said.

Roberts said this issue isn’t new and displacement has been a problem since Denver was in the process of becoming a city.

“When we really look at that, we look at the history going back to Denver’s founding and the beginnings about 160 years ago,” Roberts said.

In 1859, Denver didn’t have many roads and there were no cars; there was just land and native people who hunted here, lived here and were forced to leave.

“We wanted to look at that and bring that history forward,” Roberts said.

“Right now, we’re taking donations from the neighborhood and accumulating them to make an annual payment to the Ute Tribe…it really started as a way to openly recognize, acknowledge and activate the neighborhood around this very real history that is there.”

The association plans to give the money to the Ute Tribe at the end of the year. So far, Roberts said the fund has only raised a couple hundred dollars but Roberts said the reparations payment is more about recognition than a huge financial contribution.

A History of Reparations for Native Americans

“Reparations to me are either financial or another type of process that are given to correct a wrong,” said Ernest House, the senior policy director of the Keystone Policy Center.

House is also a member of the Ute Mountain Ute Tribe, one of the tribes the East Colfax Neighborhood Association is making reparations to.

“I think it (reparations) is a great idea. I think it shows an effort by folks wanting to learn history,” House said.

“My relatives have always called the mountains of Colorado home. Our songs are in these valleys, in these river beds. Our drum songs, our ceremonies are still embedded in these trees in the woods. We have a connection with this place that all of us love that we now call Colorado.”

House said the relationship between Native Americans and reparations is complicated.

“What we know as Colorado, the Utes lost Colorado in 40 years…reparations have been issued for tribes through treaties, through courts, through congressional actions over history and a lot of those treaties have been broken,” House said.

House helped create “Written on the Land”, a History Colorado Ute Tribe exhibit. Part of that exhibit displays the dark history of the forced removal of the Ute Tribe and Colorado’s attempts to reconcile that past.

“The state of Colorado was the first state to create a state burial protocol that addressed inadvertently discovered Native American human remains found on state and private lands,” House said.

House helped History Colorado make reparations and become one of the first museums in the nation to return Ute human remains to his people.

In the case of the East Colfax Neighborhood Association reparations fund, House said he appreciates their financial contributions and their efforts to acknowledge the past.