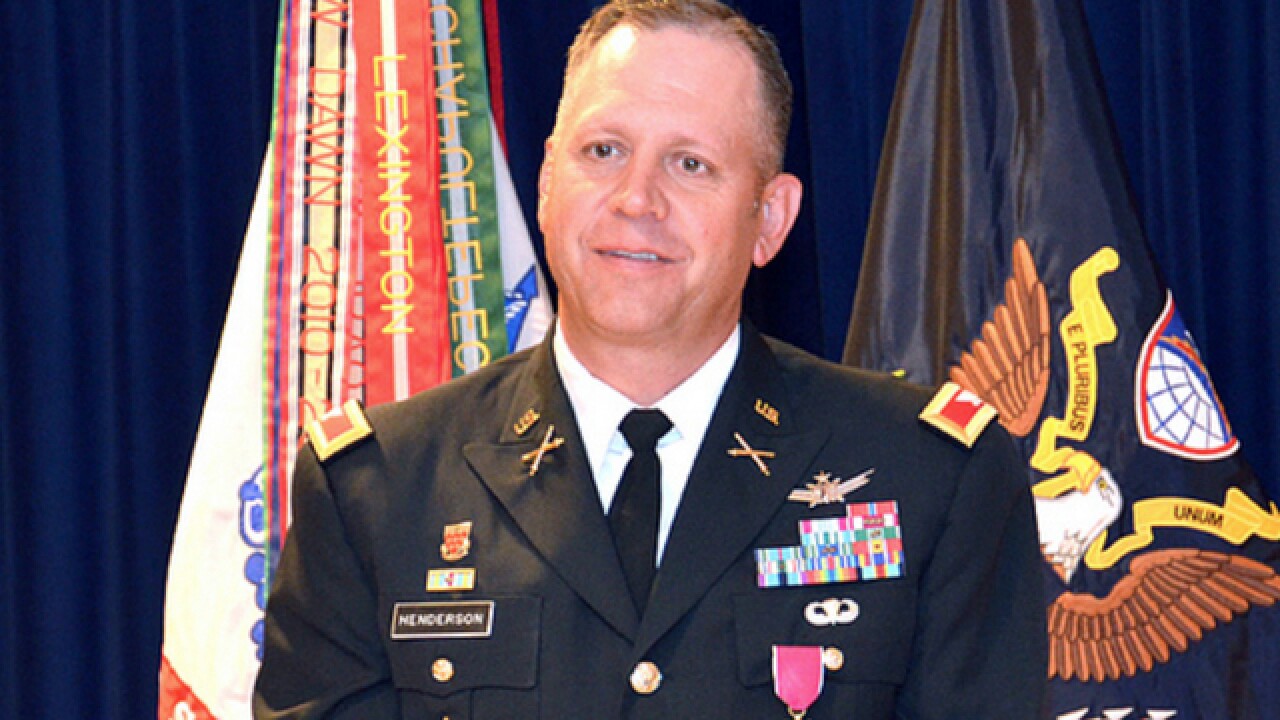 The retired Army Colonel accused of hitting and killing a Colorado State Trooper while driving drunk will be going to prison.

Ret. Col. Eric Henderson was sentenced to eight years in prison on Tuesday for vehicular homicide. He was sentenced to 18 months for tampering with evidence. However, the sentences will run concurrently. Henderson faced six months to 13 years behind bars. One felony and two misdemeanors were dropped in the plea agreement.

Trooper Jaimie Jursevics, 33, was investigating a minor crash with another trooper near Plum Creek Parkway in Castle Rock in November 2015 when she was informed by dispatchers about a possible drunk driver in a pickup truck headed toward her.

Jursevics called the driver who reported the suspected drunk driver. The caller was still following the driver and told Jursevics he could see the lights on her vehicle as they approached her, according to an affidavit about Henderson's arrest.

"(The caller) could see the female trooper shining a flashlight toward the ground," the affidavit stated.

The driver in the pickup did not stop and the caller reported seeing the trooper's flashlight fly through the air.

The caller was still on the phone with Jursevics and heard her scream as she was hit by the oncoming truck.

Henderson kept driving and was arrested a few miles away.

"I killed a cop," Henderson later told detectives through tears, according to the affidavit.

Prosecutors said he spent the day drinking at a Broncos game.

Brauchler said the tampering with evidence charge came from actions Henderson made after hitting the trooper.

"After he ran over the state trooper and left her dead in the road, he drove down the road a bit and then went through the process with his passenger of making it less likely that he would be held accountable for this crime, hiding certain pieces of evidence," said Brauchler. "There was an effort to hide the level of intoxication, the alcohol involved and frankly to drive away from the scene.”

A friend told investigators Henderson had at least six beers while in Denver for the team's matchup with the Chiefs, according to the affidavit.

Henderson retired from the Army in June 2013 after a 27-year career and was the chief of operations for the Space and Missile Defense Command in his final post.

Jursevics left behind a husband and a baby daughter, Morgan.

"In the coming months and years, Morgan will grow and learn of her mother’s sacrifice," a statement from Jursevics' family said. "She will also learn of the great woman she was never able to speak to."