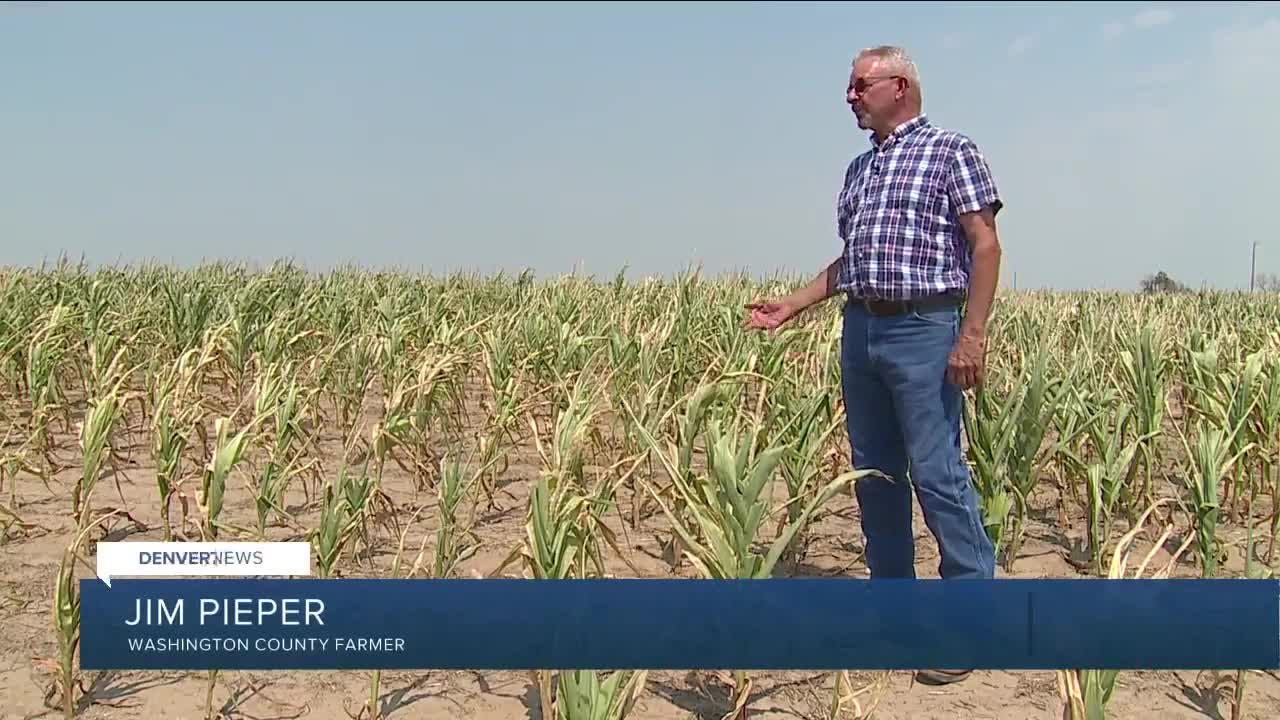 This has been a windy, hot and dry summer for much of Colorado. 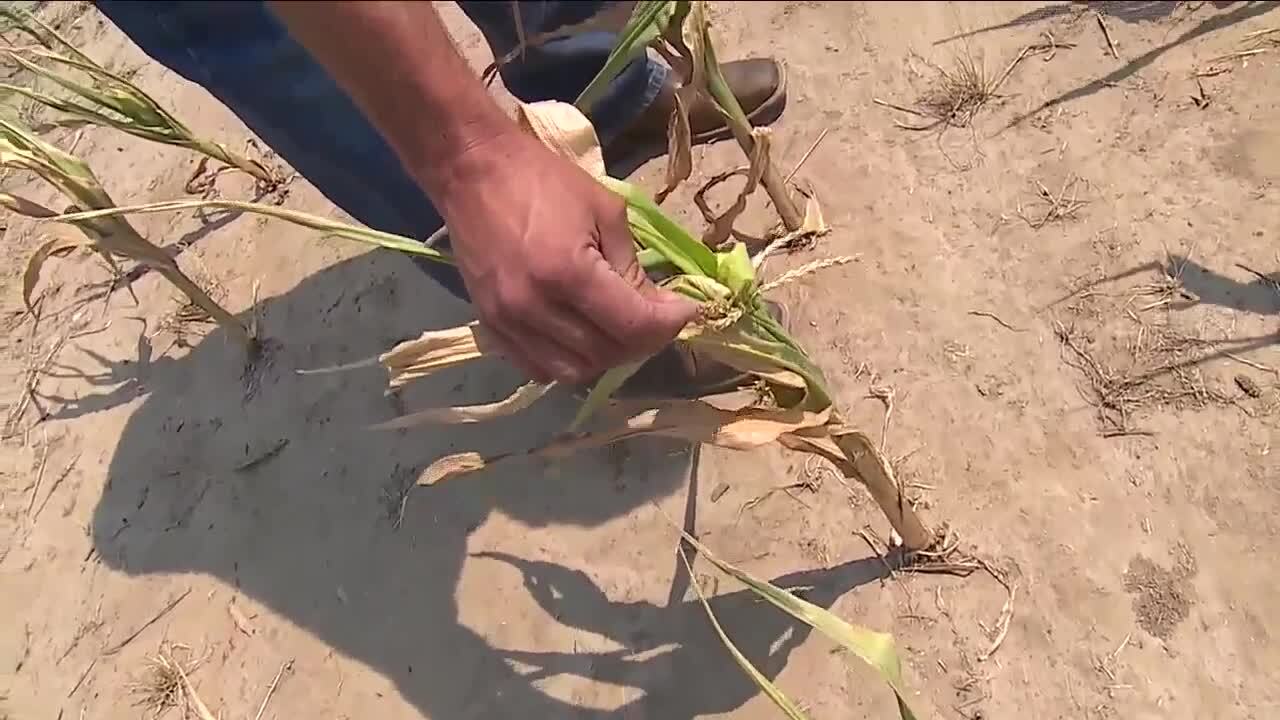 AKRON, Colo. — This has been a windy, hot and dry summer for much of Colorado. Extreme drought has taken hold of a large swath stretching from from Mesa and Montrose Counties in the west, down to Montezuma and La Plata Counties and then eastward to Baca County.

Many dryland farmers in those counties are seeing corn crops die in the field.

Matt Pieper, who has been farming near Akron for 12 years, said this year has been extremely stressful for anybody in agriculture.

"It's mentally taxing and financially stressful," he said.

While standing in his field, Pieper pointed to a short, thirsty corn stalk.

"It's only a foot and a half tall and it's tasseling, but there is no ear on it," he said. "It didn't form an ear, therefore it won't pollinate and will not form any grain."

Jim Pieper, Matt's uncle, said the only drought he's experienced that was worse was in 2002.

Much of the dryland corn grown in Colorado is used as feed.

Matt Pieper, noting that ditches and other low-lying areas have some corn stalks that are taller, said he's not sure whether his field will produce enough of a crop to make it worth harvesting.

"If it doesn't make enough grain to combine, I will put an electric fence around it and run my cattle on it," he said, adding that he's fortunate to have some cattle.

He said it pays to diversify when you are dependent on dryland crops.

With pasture land drying up, he said some farmers and cattlemen have had to shift their herds to hay and feed much sooner than usual, which is an additional expense.

"If the farmers don't have money, it could affect the coffee shop and the hardware stores," he said. "It's going to affect the diners."

Schneekloth is studying crops and water use on plots of land at the USDA Agricultural Research Station east of Akron.

Those plots are a veritable oasis compared to the rest of drought-stricken Washington County because irrigation is a big part of the study.

He said they'll monitor water use and do growth staging.

"At the end, we'll look at the yield," he said. "That's the ultimate goal. How much yield did we get versus the water used?"

The water resource specialist said the study is all about getting the most out of every inch, every drop of water.

Schneekloth said that the aquifer in the Republican River basin of Colorado is a dwindling resource.

He said his study is intended to help extend the life of that resource by finding crops that will use less water on the arid plains.

"We have a very different climate here than the cornbelt," he said. "We don't have spare water to waste."