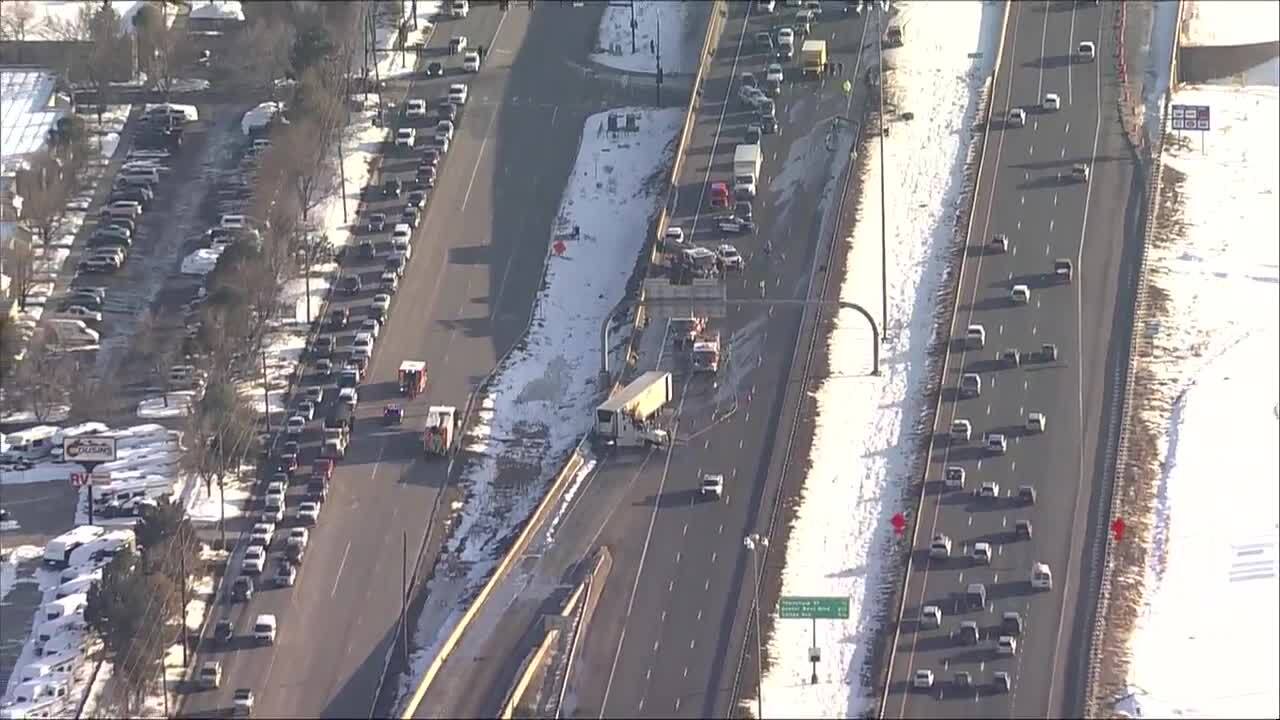 Copyright 2020 Scripps Media, Inc. All rights reserved. This material may not be published, broadcast, rewritten, or redistributed.
Denver7
A semi-truck crash shut down the eastbound lanes of Interstate 70 near Highway 58 on the west side of the metro area Thursday afternoon.

WHEAT RIDGE, Colo. – The semi-truck driver who crashed on Interstate 70 near Highway 58 last week, which shut down the eastbound lanes of the interstate for hours, was not cited because he experienced a tire failure before the crash.

That crash happened around 3:30 p.m. last Thursday and the road did not reopen until around 2 a.m. the next morning. No one was injured in the crash, police said at the time, but there was an extended cleanup due to the charred truck and leaking fuel and hydraulic fluid.

A Wheat Ridge police spokesperson said Tuesday that the driver, a man who was not identified by police, was not cited in the crash because he cooperated with police and experienced a tire blowout before the crash.

The department said that both the driver and another driver who was just behind the semi-truck reported that a front tire on the truck failed suddenly, causing the truck to swerve left into the guardrail of the interstate.

A witness said the truck was traveling around 60 miles per hour when the blowout occurred, which is in line with speed limits in the area.