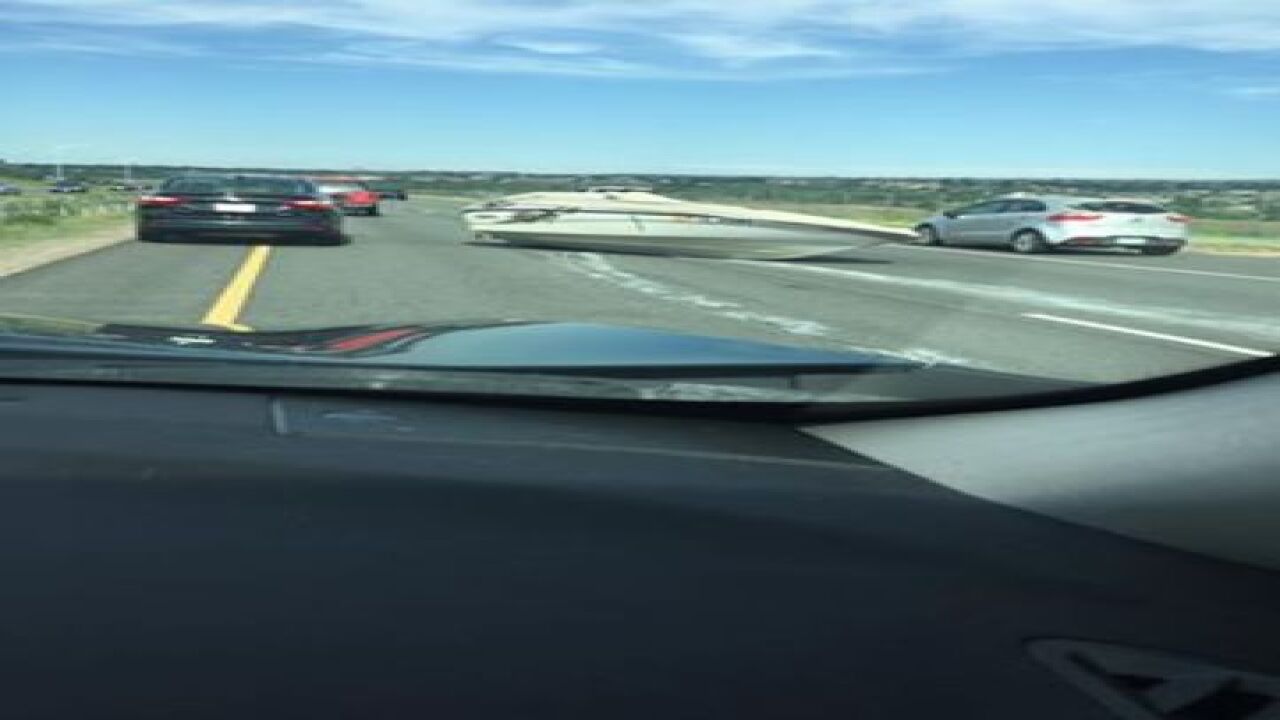 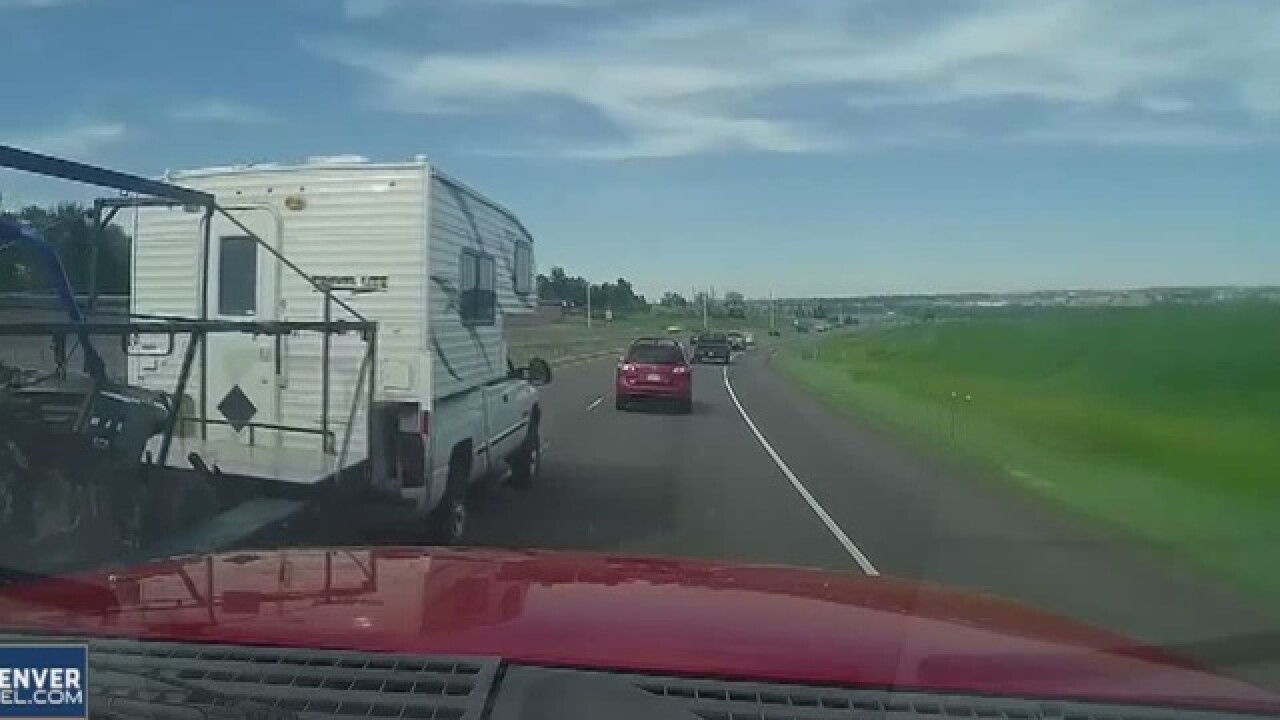 Frightening moments for a Highlands Ranch family as a trip to Chatfield Reservoir Saturday turned into terror on the highway.

Video from a dash cam that is mounted to Clayton Taylor’s truck shows them get sideswiped by 73-year-old John Kerr while driving east on C-470.

Taylor's family has just left the reservoir in their pickup and were towing their boat.

The boat came off of the trailer, skidded across the highway, spun around and came to a rest in the middle of C-470 facing oncoming traffic.

Taylor calls it a clear cut case of road rage. Taylor said Kerr’s truck was already on C-470 and he had plenty of space to safely merge onto the highway.

However, Kerr told troopers that Taylor actually hit his truck first with the back corner of his boat and Kerr was just trying to get his attention to pull over.

Not knowing what to do once the boat came off of the trailer, Taylor decided to chase Kerr.

"I don't know what to do with the boat and I wanted to get the guy's license plate number and then there was a good Samaritan in an Audi that saw the whole thing and got the guy to pull off onto Santa Fe," said Taylor.

State Troopers cited both drivers and worked this incident as two separate accidents.

“They handled this in two different stages, the first being the crash that occurred on the ramp from Wadsworth onto 470 and then the second crash where the white truck comes over with the trailer," said Trooper Nate Reid with the Colorado State Patrol.

The troopers investigating the accident are looking over the dash camera video.

Denver7 made attempts to get in touch with Kerr for this story, but we weren’t able to find current contact information.